For five years, Cinepocalypse has been serving the best of horror and genre film to Chicago, with world premieres, special screenings, and unforgettable events. This year looks to be no exception, with an incredible lineup of films, shows, and special guests bringing the best and bloodiest to horror fans in the Windy City. This years’ festival includes a special performance from monster-musicians Gwar, a rare 35mm gore-cut of Tammy & The T-Rex, and Chelsea Stardust’s pizza-delivery-girl-in-peril comedy Satanic Panic.

Check out our five picks for not to be missed films at Cinepocalypse 2019!

Cinepocalypse 2019 will be opening in perhaps the most epic fashion possible with the world premiere of Verotika. The film marks the directorial debut of Glenn Danzig, the founder of horror-punk originators The Misfits!

“Featuring a plot shrouded in secrecy and based on the output of Danzig’s long-running, mature comic book publishing company Verotik—a compound of “violence” and “erotic”—this feature film anthology is a realization of his lifelong love of comic books and the dark arts”. Sounds like Verotika is going to make this an opening night to remember.

A unique and timely take on exorcism horror will be making its North American premiere at Cinepocalypse 2019 with Director Emilio Portes in attendance!

“After losing his family in a most horrific way, special border agent Ritter must investigate a series of deaths involving young children, which stirs memories of his own tragedy. What seems like a clear case takes a shocking, dark turn when a priest from the Vatican links the case to possession, exorcism and an ancient demon named Belzebuth. Set on both sides of the U.S.-Mexico border, the film takes full advantage of the narco pipeline that frequently binds the two nations and serves as the backdrop for a soul-crunching exorcism.” 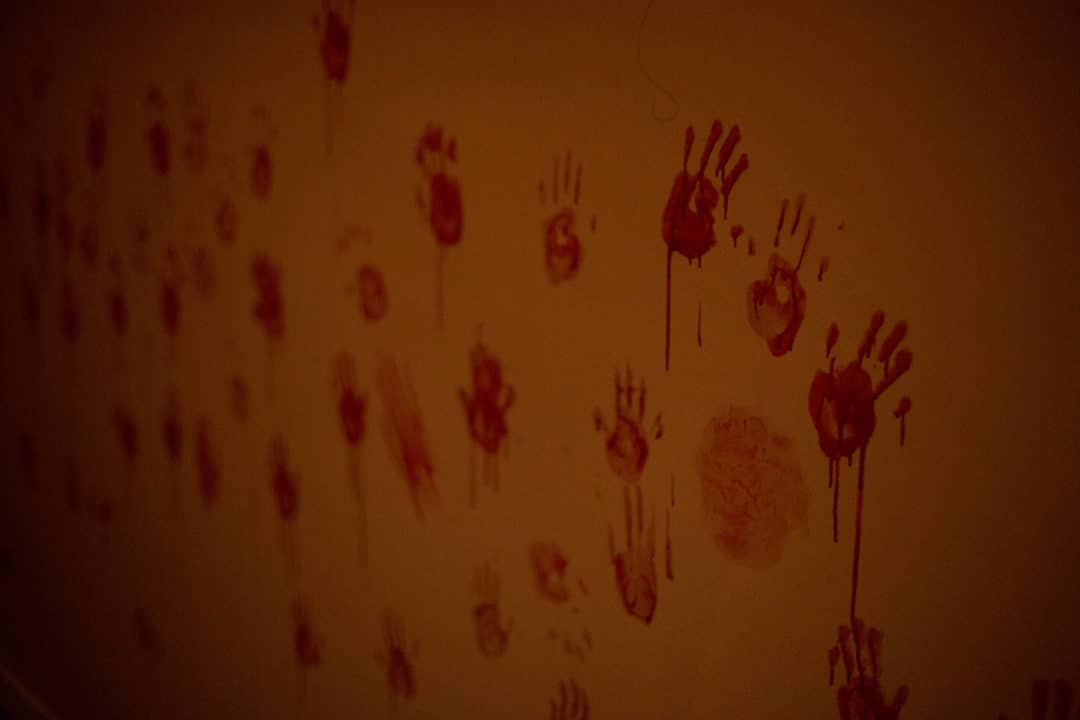 Cinepocalypse will be hosting the world premiere of a haunted horror film set at an influencer con, and if that doesn’t sound like the best twist on a ghost story, I don’t know what to tell you!

“Staying in adjoining suites at a hotel hosting ViewCon—a collection of YouTube and Instagram stars and their legion of fans—Ashley and Megan soon discover that there are things scarier than thousands of teenagers armed with a phone, asking for selfies. Their rooms are haunted by the vengeful ghosts of some of the original pioneers of social media, including a terrifying young boy named Bobby. Featuring a ferociously pounding score from EDM DJs/producers Das Mörtal, the movie is both a classic spook-house tale and a look at how technology is changing the landscape of youth culture. And what did happen to those poor children in Room 2210A in 1984?”

Cinepocalypse will be hosting the North American premiere of Achoura, a supernatural horror about childhood by way of Morocco that we can’t wait to check out!

“Twenty-five years ago, four Moroccan kids are having fun at frightening one another as they explore a condemned—likely haunted—house, when one of them disappears under mysterious circumstances. After losing contact with each other, the remaining three are reunited when their long-lost friend suddenly comes back into their lives 25 years later. Together, they are forced to confront the terrifying events of their youth and fight a monstrous creature born from a horrible legend. Reminiscent of IT, but with a spine-chilling, North African twist.”

One of the most buzzed about horror films of the year will be making its Midwest debut at Cinepocalypse 2019!

“In this psychologically unsettling slow burn, a young woman and her two introverted, soon-to-be new stepchildren find themselves snowed in at the family’s remote winter cabin. Just as the three begin to warm to each other, strange and frightening events take place as the mysteries of her dark past begin to surface, as do the losses that seem to haunt them all—concluding in shocking final moments that you’ll find impossible to shake.” You can read Kimberley Elizabeth’s spoiler-free review from Overlook 2019 HERE.

These five picks don’t even scratch the surface of what looks to be a truly incredible lineup of films. And on top of that, Cinepocalypse 2019 has some amazing events lined up, including a 70mm screening of Total Recall with Michael Ironside in attendance, and Joe Bob Briggs Live with How Rednecks Saved Hollywood! There will even be a Child’s Play themed Speakeasy!

Cinepocalypse 2019 runs from June 13th to June 20th. Check out the full lineup of films and events, and keep up with all the awesome stuff coming out of the festival right here on Nightmare on Film Street.