Rob Zombie Announces Additions to Cast of 3 FROM HELL

Rob Zombie has been on a roll with announcing additions to the cast of 3 From Hell.  In addition to seeing Captain Spaulding (Sid Haig), Otis (Bill Moseley), and Baby (Sheri Moon Zombie) return, NoFS reported here on the first wave of cast additions.

3 From Hell is turning out to be a highly anticipated film.  As a sequel to The Devil’s Rejects, one of Zombies most successful films, fans have been keeping a close eye on any news.  While the story is being kept a secret, Zombie has been sure to tease additions to the cast.

A new clown in town

While everyone expected to see Captain Spaulding return, what we didn’t expect was to see a new clown making an appearance.  Rob Zombie hinted at the inclusion of new clown character on his Instagram (pictured above).

Fans were quick to guess who it could be.  With so much speculation, Zombie confirmed the addition of Clint Howard. Clint has worked with Zombie in the past, appearing in Halloween, El Superbeasto and The Lords of Salem.

Rob Zombie is known for reusing actors that he works well with.  Just in the past week he has added quite a few of them to the cast.  Jeff Daniel Phillips, Daniel Roebuck, David Ury, and Tom Papa are all coming back to work on this Zombie project. Another addition is Emilio Rivera of Sons of Anarchy fame.   Finally Zombie announced adding Dot-Marie Jones within the past 24 hours.  While most of their roles are unknown at this point, the cast alone is enough to build hype. All cast additions were announced on Rob Zombie’s instagram page.

Rob Zombie is known for bringing horror icons in, even if just for cameos, so I suspect this isn’t the last of the cast announcements.  It seems like he has big plans for the project, and his history with many of the actors is especially relevant. We’ll keep you posted here at Nightmare on Film Street on all 3 From Hell updates. 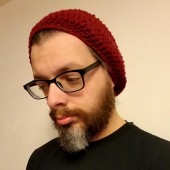 A Pittsburgh born family man with a love for horror and gaming. Raised on zombies, slashers and b horror cheese. Find him on instagram at @jjnacc214.