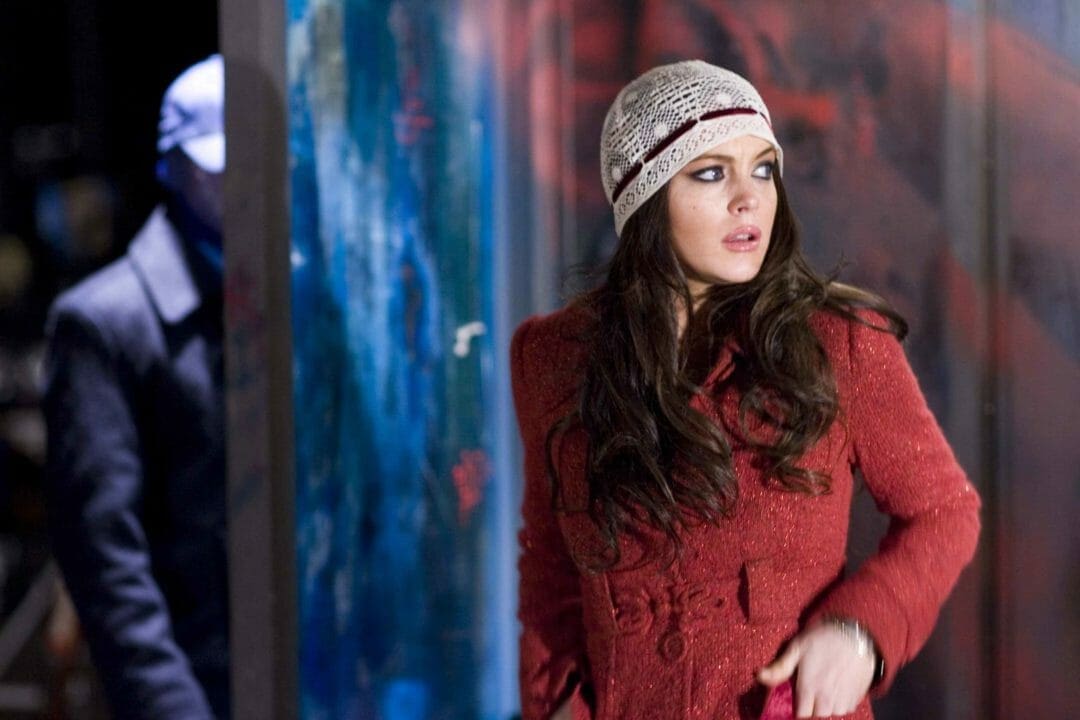 What’s up weirdos? Welcome to Awfully Good, where we celebrate movies that suck! In keeping with April’s Cops ‘n’ Killers theme, tonight’s feature presentation is I Know Who Killed Me. It’s a psychological thriller with some torture-porn elements starring Lindsay Lohan (twice!), but we’ll get to that in a minute. First, some ground rules. 1) This is a positive space. When we use terms like “bad movie,” “crap movie,” “extremely dumb movie,” or “not very good,” it’s not a slam. These are movies we love in spite of, sometimes because of, their flaws. 2) No swimming for thirty minutes after you eat. With that out of the way, let’s jump into I Know Who Killed Me!

For those unfamiliar with I Know Who Killed Me, it’s a 2007 horror film about a girl who goes missing, but when she’s found she claims to be a different person. Nightmare Senior Contributor Paul Le reviewed this film last year, but our perspectives on this one differ. If it helps to think of things this way, consider his review an academic analysis and this article that article’s trashy secret twin sister.

“I Know Who Killed Me isn’t nearly as deep as it thinks it is, which is the fun part.”

It’s hard to talk about I Know Who Killed Me without talking about Lindsay Lohan’s real-life drama behind the scenes. This movie was made at the height of Lohan’s very public struggles, and she was in rehab for part of the production. I think we’re far enough away from it now that we can all agree: Lindsay Lohan deserved better. She’s a talented actress who became a punchline because Hollywood chewed her up and spit her out. Justice for Lindsay Lohan.

That being said, I Know Who Killed Me is a straight-up garbage movie. Let’s dig in! It starts with Lindsay Lohan dancing at a strip club, while an extremely bad song plays over opening credits. It sounds like the vocalist learned a lot about singing from Bob Dylan, but nothing about songwriting. After that, we meet Lindsay Lohan’s character, Aubrey, who lives in a fancy, expensive house with her parents and her hairless cat. The hairless cat also has prominent hairless cat balls, because this movie is rated R. Aubrey is a talented pianist and writer, and she has to choose which path to follow. It’s worth noting that these are two activities that can definitely coexist. Anyway, she has a line about how she feels like “half a person… with half a soul.” This is important for two reasons; first, it’s foreshadowing, but second (and more important), it’s not nearly as deep as it thinks it is. This is a recurring theme in I Know Who Killed Me.

At one point early in the movie, a landscaper at Aubrey‘s house takes his shirt off to do some landscaping. He has a tribal tattoo *on* his nipple, and he also shows more skin doing yard work than Lindsay Lohan does in the intro sequence in the strip club. Before long, Aubrey’s boyfriend gives her a blue rose. She’s all like “oh wow, I’ve never seen a blue rose,” and he says “yeah man, they make blue roses at the flower shop,” and she goes “blue roses?” and he says “yeah, blue roses.” This sets up a recurring motif in the movie (things that are blue) and also gives I Know Who Killed Me the award for “Most Repetitions of the Phrase Blue Roses,” narrowly beating out The Glass Menagerie.

Anyway, then Aubrey gets abducted by a psychopath that wears a lot of blue. He peels off the skin on her hand with a very complicated process, then pours some blue stuff on it, then he cuts her finger off with a blade made out of blue stuff. When I say blue stuff is a recurring motif in I Know Who Killed Me, I need you to know I’m not exaggerating. This movie uses blue like Sin City uses red. The director is aware of art and knows about symbolism, presumably, but what we get on screen is a mess of mixed visual metaphors. It’s also not subtle, which I appreciate. The first six times a scene fades to blue, you’ll roll your eyes. The next thirty, though, you’ll cheer.

” The first six times a scene fades to blue, you’ll roll your eyes. The next thirty, though, you’ll cheer.”

Lindsay Lohan wakes up in a hospital to find out she’s missing an arm and a leg. Also, she’s not Aubrey now, she’s Dakota. Dakota and Aubrey have the same birthday, and Lindsay Lohan plays both roles. We’re all thinking the same thing, so we’ll say it together on 3. 1, 2, 3: this movie is a gritty reboot of The Parent Trap. After meeting with some detectives (Cops!) to talk about the guy who abducted her and cut her up with the blue stuff (Killers!), she meets with The Crab Man from My Name Is Earl and he gives her some very advanced prosthetics, which are way easier on the special effects budget.

Unlike the piano-playing prose author Aubrey, who lives in a mansion, Dakota is a hard-edged survivor of circumstances beyond her control. She says swear words and even smokes cigarettes! Everyone thinks she’s Aubrey, even though she’s been very clear about being Dakota, so when Aubrey’s boyfriend (the blue roses guy) shows up, she immediately bangs him. Then he asks when she’s going to drop all the Dakota stuff and go back to being Aubrey, and the audience is left wondering what Aubrey saw in him. It’s not like he’s a good listener. Then Dakota explains what phantom limb pain is, and makes some theory about ghosts haunting people because they’re in pain from their bodies that they don’t have anymore. Once again, I Know Who Killed Me isn’t nearly as deep as it thinks it is, which is the fun part.

Will we ever figure out who the killer is? Is Dakota a figment of Aubrey‘s imagination? Is she an alternate personality? Were they secret twins, separated at birth? Look, I won’t spoil it, but it’s one of those three options. Find out by watching I Know Who Killed Me!

Usually when I cover a movie in this column, the movies are low-budget affairs and much of their flaws can be blamed on a lack of funding. Not so with I Know Who Killed Me! This movie is fun because it’s dumb as hell, not because the monster suit becomes unzipped. When the final twists were revealed, and the credits rolled, I was baffled by this movie and  I can’t wait to watch it again.

For more Lindsay Lohan, watch her star in a body horror film alongside genre legend Jamie Lee Curtis in Freaky Friday! You can also listen to her new song here. That’s right, Lindsay Lohan’s making music again! Do you agree that she deserved better? Let us know over on Twitter, Instagram, Reddit, and the Horror Fiends of Nightmare on Film Street Facebook page. For more reviews, recommendations, and blue stuff, stay tuned to Nightmare on Film Street. 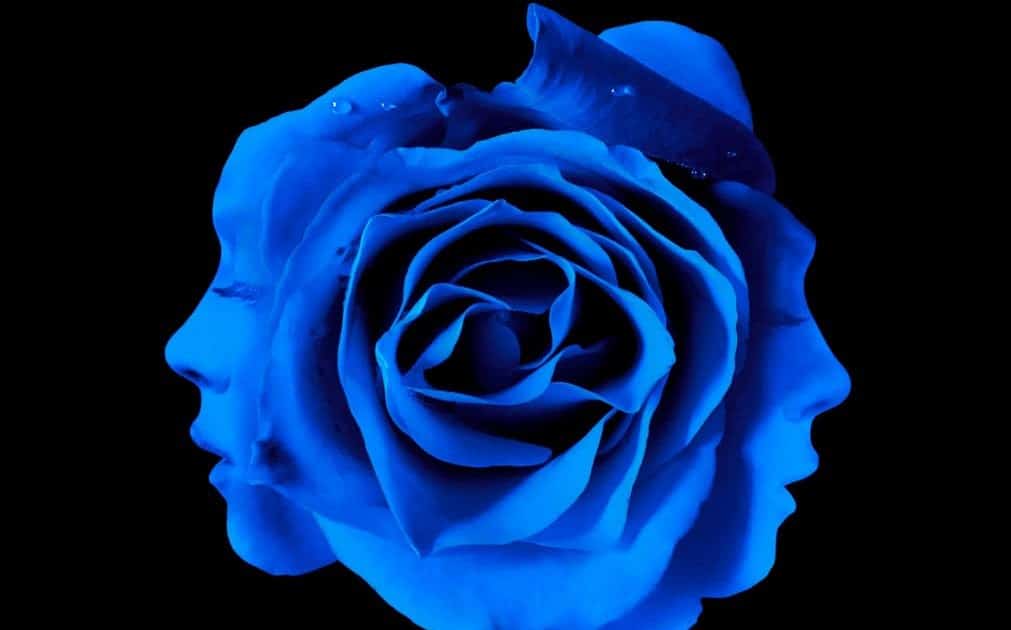