In addition to counting down our favorite horror and genre films of 2018 [see Kimberley Elizabeth + Jonathan Dehaan’s picks], we’re also saying goodbye to 2018 by counting down some of the standout performances, villains, and moments in film this year. Read on for the 10 Best Female Performances of 2018, and check out the rest of our Best of 2018 lists! Few transformations in 2018 can compare to the gritty, subtly worn down character of Erin Bell in Karyn Kusama’s Destroyer. Nicole Kidman disappears into the role of hardened cop, which Nightmare on Film Street’s Jonathan Dehaan described as “skin is tough leather, encasing a fire that burns so intensively inside her that she breaths smoke, ready to explode on everyone that crosses her.” The subtly dark Thoroughbreds slid under the radar in 2018, and hopefully appearing across several of our Best of 2018 lists will get some more eyes on it from the genre community. The film’s tone is thanks to the eloquently feminine and understated performance by Anya Taylor Joy, who is yet to star in something I haven’t liked. In Jonathan Dehaan’s review of the film, he described Lily as “Unlike her friend, Lily is a closed book. She does not express her thoughts or feelings. Instead, she bottles the darkest parts of herself despite a growing pressure that threatens to explode in all directions.”

It wouldn’t be fair to include Joy’s Lily and not give credit to Olivia Cooke’s slightly unhinged and hard to pin-down Amanda. A complete wildcard, she brings tension and apprehension to every scene.  It is her self-proclaimed psychopathy that smolders at the underbelly Thoroughbreds, and ultimately what keeps us guessing throughout the entire duration.

Few things surprised me more in 2018 than Andi Matichak’s breakout performance in Halloween. Young Allyson is portrayed as a grounded, down-to-earth and savvy young woman, even though it is the first starring role of Matichak in one of the most anticipated and buzzed about films of 2018. Talk about standing up to the pressure.

The descent from average teenage girl into a full-fledged demonic possession can be a hard undertaking for a young actress, but what especially draws us to Escacena’s Veronica, is her shy good-naturedness and the maternal role she assumes in her family. Acting as the primary caregiver of two young children for the majority of the film, Veronica loosing herself to a demonic presence is especially harrowing.

The rape/revenge sub-genre is a controversial one, by few can argue that Coralie Fargeat’s Revenge doesn’t nail the female perspective and voice. This is thanks to Lutz’ entrancing, enigmatic, and kick ass portrayal of Jen. Nightmare on Film Street’s Stephanie Cole had nothing by praise in her review, saying  “[Lutz] conveys intense emotion even as she doesn’t speak a word of dialogue for more than half the movie.” 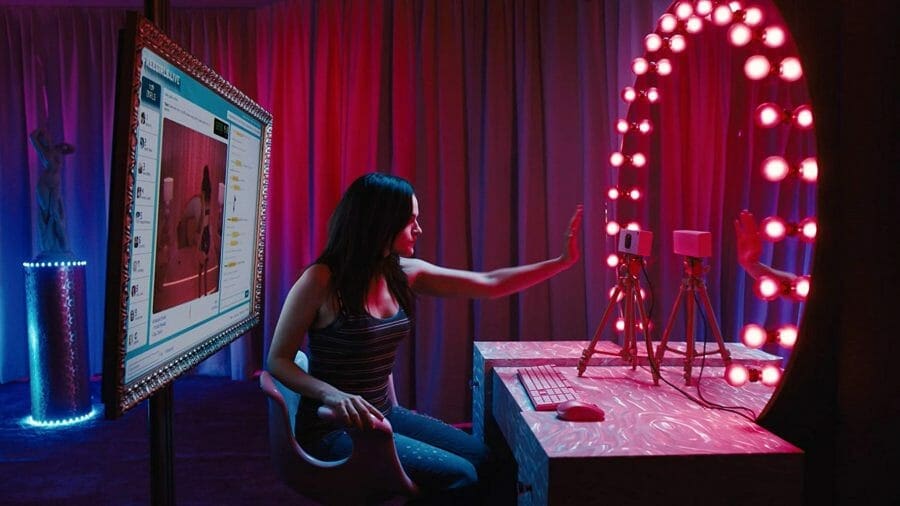 Few roles in 2018 matched the intensity of Schurawlow’s Özge. A hardened, stoic cab driver, it seems few things can phase her. But when she’s caught in a cat and mouse game with a killer hellbent on guaranteeing her silence, Özge really breaks out of her shell. Andrea Riseborough brings an air of Renaissance and sorrow to one of the most understated roles of 2018.  Mandy is a quiet, almost forlorn character – but it is Riseborough’s doe-eyed expressiveness and solemnly pained and haunted embodiment of the character that haunts you long after the starling is gone.

I both anguished over, abhorred, and was utterly terrified by Toni Collette’s rollercoaster ride as Annie. In an Oscar-worthy embodiment, she carries us through the foreboding film, conveying a tumultuous journey more emotional than anything before captured on film.