While he’s been making movies his entire life, horror fans started to take notice of writer/director Mike Flanagan upon the release of 2013’s Oculus, which he followed up with Hush (2016), Before I Wake (2016), and sleeper hit Ouija: Origin of Evil (2016). And more recently, his expertly crafted and especially haunting Netflix adaptation of The Haunting of Hill House solidified Flanagan as one of the best genre directors working today.

With a clear love of the source material and a propensity for telling stories with trauma and grief at their core, Flanagan was the only choice to adapt Doctor Sleep, Stephen King’s 2013 follow up to The Shining. It was an absolute pleasure to sit down with him (on Halloween, no less!) to talk King, Kubrick, complex narrative structures, and what makes a good villain.

“the most useful thing, honestly, was never to think of the word sequel […] I looked at the movie way more as a descendant of The Shining, in that it had the DNA of its parents – that was King and Kubrick.”

Danita Steinberg for Nightmare on Film Street: Congrats on the movie! Was this project an absolute dream?

Mike Flanagan: A dream come true, really. The day this book was published, I went out, grabbed it, and read it that weekend. And I had the weirdest experience with it — loving the Stephen King story, but having all of these Kubrick images in my head and I thought, “man, if somebody could make a movie like that, that’d be really cool.” I just never thought I’d get to do it.

NOFS: Yes! I wanted to ask you about that. How did you merge the iconography of Kubrick’s film with Stephen King’s novel? We get the best of both worlds here.

MF: That is the question that kept me up every night of this process. I was convinced that they could work together, that as disparate as those two visions of The Shining were, they could co-exist and be brought back together. I tried mostly to do what I would want to see if someone else was making the movie. And the most useful thing, honestly, was never to think of the word sequel. If the phrase “sequel to The Shining” popped into my head, I felt like I was going to throw up. I looked at the movie way more as a descendant of The Shining, in that it had the DNA of its parents – that was King and Kubrick. So it was about how do I honor these parents, but also hopefully make a film that’s going to find its own way in the world and be its own thing.

NOFS: And of course this continuation is almost forty years in the making. How do you start to bridge all of those decades?

MF: Well luckily, King had waited so long before he revisited the story. I think that also gave us this real gift because of the distance between Doctor Sleep and The Shining. For Stephen King, he wrote The Shining when he was so terrified of what his alcoholism could do to his family. That anxiety is what The Shining is about. But by the time he wrote Doctor Sleep, he had decades of sobriety under his belt and his children had grown up so there was a radical shift of perspective within the author so that helped bridge the huge gap of time. It also put us in a position, with respect to the Kubrick film, where that film exists so completely in people’s imaginations and memories, that we were really playing to that. We were in this unique situation of being able to tell a new story using language that people have known their whole lives. It’s such a strange place to be, but it was irresistible for that reason.

NOFS: How do you even begin to insert your own vision as a director into such an iconic world?

MF: For one thing, I was fortunate that I never suffered under the illusion that I was Stanley Kubrick. That was easy. I never felt that I could ever operate on the same level as him. And that takes some pressure off, to say, “Look, I’m not Kubrick. There’s no point in trying to be Kubrick.” That basically meant that the only way through this was to try to pay tribute to him, but inevitably it would be my movie and that way, there was never any temptation to try to imitate him. In our primary storyline — Dan, Abra, and Rose — Kubrick had never taken a swing at that story because it wasn’t even a gleam in King’s eye when The Shining was made. So all of that was brand new territory and the more I could focus on that, it felt like the story was mine.

“Rose the Hat on the page is one of my favorite King antagonists of the last 20 years, but Rebecca [Ferguson] was just a force of nature and she made that part so chilling and charming.”

NOFS: How did you work to converge Dan, Rose, and Abra’s stories, while keeping them separate at the same time?

MF: That’s one of my favorite things about the story. It really does feel like there are three movies.

NOFS: But it works!

MF: I hope so! That was so much fun, braiding them together. And I’ve had fun in the past braiding stories, but usually, it’s timelines. And you’re braiding these two different timelines with the same characters.

NOFS: And you have more time to do it.

MF: Yeah, so much more time. But for this, I know it’s a five-act story. The story is dense. Three principal characters who do not intersect until the end and you have to try to do that within the confines of a feature film so it was a daunting writing task, but it was also really fun because I’ve never gotten to play with that structure before.

MF: It was tough! There were more scenes in this film than anything else I’ve worked on that I needed to really make sure we fine-tuned. There are several scenes that I thought were so unpleasant to watch that if we did it wrong, it could knock someone out of the film, but they needed to be really horrific at the same time. More than any other job I’ve had, I would try on different cuts and there was a much shorter version of the film that didn’t seem to work that had gotten rid of what ended up being essential character work. There were longer versions of the film that felt like we were getting into Lord of the Rings territory. What I liked about this process was that there was always this sense that the story itself had to dictate the edit. It was one of the longest post-production process of my career. I think we had as much time editing as I had for the whole season of The Haunting of Hill House.

NOFS: Ewan McGregor, Rebecca Ferguson, and Kyliegh Curran are all incredible. Can you talk a little bit about the casting?

MF: This movie could’ve failed miserably if Ewan, Rebecca, and Kyliegh couldn’t carry their own movie and that’s the thing, all three of them can totally carry their own movie so that’s why it worked. For Dan, I met a handful of actors, but what I loved about Ewan, was that when he came in to talk about the project, he wanted to talk about AA and recovery and responsibility because that’s what the movie was about for him. That told me he was the right actor for this. The Shining was on his mind, but it was not his priority and I thought that was the most perfect way to approach the character. And he brings with him such humility and an earnestness that was wonderful. And then on the other side of that was Rebecca who came thundering into the process. Rose the Hat on the page is one of my favorite King antagonists of the last 20 years, but Rebecca was just a force of nature and she made that part so chilling and charming.

NOFS: The best villains are always chilling and charming!

MF: They are! And Rebecca hit this on the head, too — she said that the best villains don’t know that they’re villains; they think that they are the heroes of the story. Her selective morality and rationalization was so cool. And then Kyliegh came out of nowhere. We looked at 900 girls for the part of Abra and Kyliegh rose to the top on the sheer veracity of her talent. She didn’t have any big credits or a giant agency pushing her in front of us. She was a local actor 15 minutes away from our production office who sent in a tape that made it all the way up. I feel like those three people are the support pillars of the film and I was very fortunate.

“[The Shining] exists so completely in people’s imaginations and memories, that we were really playing to that. We were in this unique situation of being able to tell a new story using language that people have known their whole lives. It’s such a strange place to be, but it was irresistible for that reason.”

Are you excites to see Mike Flanagan’s Doctor Sleep? Who is your favourite villain from the work of horror master Stephen King? Let us know on Twitter, in the Nightmare on Film Street Subreddit, and on Facebook in the Horror Movie Fiend Club! 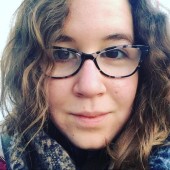