THE HAUNTING OF HILL HOUSE: A Behind-the-Scenes Look at the Impressive Sixth Episode By now, you’ve surely heard of Netflix’s new horror drama The Haunting of Hill House. A modern adaptation of Shirley Jackson’s 1959 novel of the same name, the 10-episode series follows the Crain siblings from their time spent living in a haunted mansion in 1992, through their struggles in adulthood. The series alternates between past and present, showcasing the terror of their youth and demonstrating the effects that Hill House and its ghosts still have on their lives.

The first season is frequently frightening, prompting extended anxiety and sleep deprivation for certain viewers, but it’s also technically brilliant and emotionally rich. Each of the ten episodes is directed by Mike Flanagan (Gerald’s Game, Hush), who adapted the novel for the small screen. Flanagan films, however scary they may be, are typically centered around an emotional core, but nothing compares to the heartbreak or emotional resonance within The Haunting of Hill House. His skills as a director, too, have grown immensely throughout the decade, and it often shows during the numerous breathtaking sequences the series has to offer.

None of those sequences are as jaw-dropping as the entire runtime of “Two Storms,” the sixth episode of the season. Alternating between a storm of the past and a storm of the present, the episode is precisely staged by Flanagan and his production team, as well as each of the core actors. There are elaborate tracking shots throughout, with much of the episode appearing to be completed in a single take. It’s one of the most impressive hours of television ever produced, and arguably the best singular episode of anything in 2018.

If you’ve completed the series and are interested to see the behind-the-scenes magic of episode six, the new featurette from Netflix (posted above) is a must-watch. However, if you’re not finished with The Haunting of Hill House, you may want to wait in order to avoid spoilers.

You can check out our review of The Haunting of Hill House here. A second season has yet to be announced. 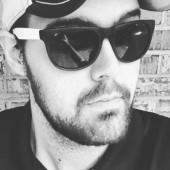