Released theatrically on February 8th, 1980, John Carpenter’s The Fog (written by Carpenter & Debra Hill) has aged well and continues to amass critical commentary ranging from sincere acclaim to cold indifference. Laced with periodic jump scares, this almost timeless ghost story features a leisurely pace throughout its first two acts as the ensemble cast goes about life in a picturesque coastal town, documented beautifully by cinematographer Dean Cundey. The tempo accelerates in act three as vengeful spirits lay siege to a church in which the main characters have converged.

I perceive this 38-year-old feature film as a beautiful, spooky tale with chilling antagonists (leper ghosts) and memorable, sympathetic lead characters including Stevie Wayne, a disc jockey and single mother portrayed by Adrienne Barbeau. Jamie Lee Curtis crops up as a spunky hitchhiker with artistic aspirations, and Hal Holbrook portrays an alcoholic priest.

The Fog follows the denizens of California community Antonio Bay as the town prepares to celebrate the one-hundredth anniversary of its founding. Local clergyman Father Malone discovers his grandfather’s journal, long-hidden in a wall of the church, and therein reads the chilling truth about Antonio Bay’s history: Malone’s grandfather conspired with five other men to murder a bunch of lepers and steal the gold of the colony’s rich alpha male, Blake. The conspirators used the money to build Antonio Bay’s church and jump-start the community’s growth. What the townsfolk don’t know is that now, one hundred years after the crime, the lepers shall return as revenge-hungry ghosts shrouded by a dense fog that rolls in from the ocean.

The version of the film that reached audiences differs significantly from the tale as it existed twelve weeks before the project’s release. The filmmakers felt that the first cut didn’t work nearly as well as they’d hoped it would. On a Scream Factory Blu-ray commentary track, Tommy Lee Wallace (who worked on The Fog as the production designer) recalls Carpenter’s reaction after watching the initial version. “John did something I will never forget: an act of splendid courage. He said, ‘We’re not done. We have to make this movie better.’” The director himself (in an interview with Gilles Boulenger published in the book John Carpenter: The Prince of Darkness) recalls, “I saw the completed movie, and it was terrible. I had a movie that didn’t work, and I knew it in my heart. We had three months until it was released, so I went to AVCO-Embassy and said, ‘I need to restructure this film and save it. I need to re-cut the movie, re-shoot some scenes, re-score it, redo the sound, and get it out.’ And so we did. Basically it was a script problem and an execution problem that I had to attend to. The movie was flat.”

In an interview that appeared in the summer 1980 issue of Cinefantastique, Jordan R. Fox asked Carpenter about the reshoots. Carpenter said that he added “the title sequence, showing Antonio Bay falling apart. The whole top-of-the-lighthouse sequence at the end, with Wormface. Little things scattered here and there. The trawler deaths were reshot to show more. We made our violence more explicit, and all the sound effects were redone.”

While the finished movie opens with a graphic of an Edgar Allan Poe quotation (“is all that we see or seem but a dream within a dream”), the shooting script called for this text: “FROM GHOULIES AND GHOSTIES AND LONG-LEGGED BEASTIES AND THINGS THAT GO BUMP IN THE NIGHT GOOD LORD DELIVER US.” A quick Google search reveals that these words come from a traditional 19th-century Scottish poem.

Over the decades, the final cut of The Fog has garnered much-deserved critical praise. John Kenneth Muir (in his book The Films of John Carpenter) opines, “Any aficionado of horror films will also appreciate The Fog because it delivers the goods. It comes through with the jolts that cause people to leap out of their seats or turn over their popcorn.” In Empire magazine, Will Lawrence described the film as “ghoulish, tense, and utterly fantastical… a classic campfire yarn.” In his book The Horror Film: an Introduction, Rick Worland calls The Fog “a well-crafted Lewtonesque exercise in suggestive horror.”

The Fog doesn’t impress everyone. In February of 1980, Roger Ebert wrote that the film “needs a slightly more plausible plot. We don’t really care about the logic of the plot in horror movies, of course, but there has to be some plausibility, just so we know what the rules are. Carpenter’s fog – which contains the ghosts of murdered sailors – is too unpredictable… because The Fog has a historical plot, because its events are inspired by the past, it should make more sense. A sentient fog may be photogenic… but can we identify with it? Is it the kind of villain we love to hate? Not really.” David Bartholomew wrote in the summer 1980 issue of Cinefantastique, “While complicated stories have never been a strong point with Carpenter, here the inconsistent (if not downright incoherent) plot barely serves to establish the resolutely stock characters…”

The themes of The Fog may resonate with modern audiences more than those who saw the film during its initial release. In his book The American Horror Film: an Introduction, Reynold Humphries observes, “When one of the characters refers to those in the past ‘who struggled and sacrificed to make Antonio Bay what it is today,’ the film denounces a travesty of history and society in the name of mercantile values that place money and social status before people.”

A chilling cinematic tale that offers a glimpse of a bygone age free of cell phones and modern computers, The Fog will likely haunt horror fans for many decades to come. Like the 1978 iteration of Halloween (also written by John Carpenter & Debra Hill), The Fog‘s broad plot structure is simple and straightforward, but three-dimensional characters inhabit the skeletal framework and bring the fictional world to life. The Fog is a film in which the audience roots for sympathetic human beings to survive a dire supernatural threat, whereas some modern genre films beg the viewers to cheer for the villains. A high point in John Carpenter’s oeuvre, The Fog proves that Carpenter’s Twitter handle (@TheHorrorMaster) is apt and accurate. Only a horror master could have made The Fog. 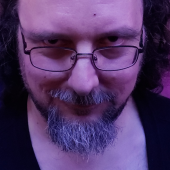