Not Safe For Life: The 10 Hardest to Stomach Horror Movies 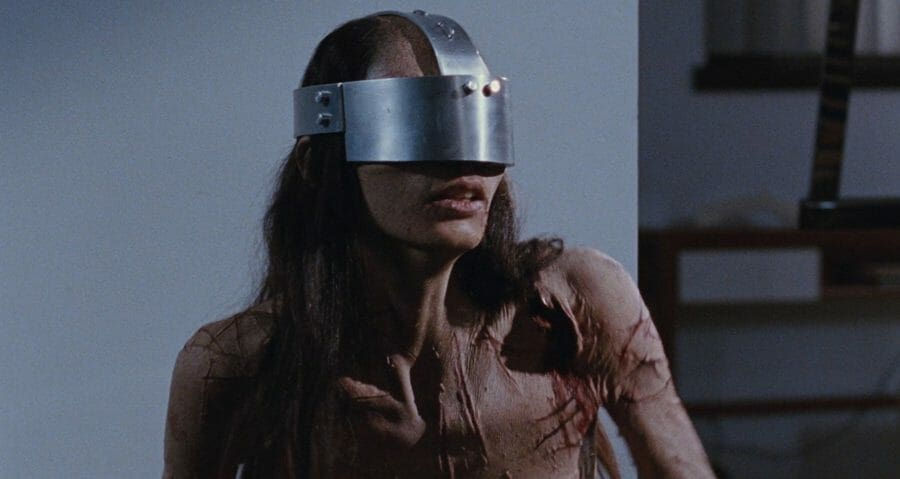 Some films throughout the years have been so disturbing that people have reportedly passed out or thrown up in movie theatres. To each person there, are different things that disturb them but occasionally we all come together to collectively point a finger at a specific film that upsets nearly everyone.

To some, the opening of Disney’s Bambi (1942), is the most disturbing scene on film, (72-Year-Old Spoiler Alert: Bambi’s mother is killed by hunters, cause ya know, it’s a movie for kids.) but today we are looking at the real gritty stuff. Below are 10 films you should never see. Not because they are bad (in fact, most are very good), but because the 10 titles below, are ten films you cannot un-see.

A scientist kidnaps three people and decides to create his own version of Frankenstein’s monster: A Human Centipede! This is easily one of the more mainstream movies on this list and probably the one you heard most about. It has spawned two sequels but they were never as infamous as the first. Nevertheless the disgusting scenes of feeding time made many viewers sick to their stomach. If you’re unfamiliar, three people are sown together (at the most awful points) were “traditional food” is only provided to the first link in the chain, making for the most grotesque and gag-inducing example of Trickle Down Economics you’ve ever seen.

This is one of the pioneers in the rape and revenge exploitation sub-genre. A woman decides to take a trip from the big city to the backwoods for a vacation and to work on her latest book. She runs into a group of men who rape and beat her multiple times. She recovers and takes revenge on her attackers in extremely violent ways that all of them deserved. Very Not-Fun Fact: the film still holds the title for longest rape sequence, clocking in at a grueling 25 minutes.

A documentary crew go down to the Amazon into a place called “The Green Inferno” to record a never seen tribe. After they disappear a professor goes down to find out what happened to them. On his trek through the jungle he sees what mark they had left and who the real savages are. This film became infamous because 10 days after it was shown in Milan, Deodato was arrested and charged with obscenity, and for killing the actors in his film. The actors had actually signed in their contract that they wouldn’t appear publicly to keep up the façade they actually died, but after he was arrested they had to come out and prove his innocence. Also, the killing of multiple live animals include the desecration of a turtle on film didn’t sit well with most audiences.

A pregnant woman is only a day away from giving birth when she is attacked by an unknown assailant looking to steal her unborn child. What happens throughout the night is horrific, unrelenting, and as pitch black dark a horror as you’ve ever seen. This movie came out at the height of the French horror revival and made its mark for its cruelty. Let’s just say don’t watch it if you are pregnant

A woman is seeking revenge on the people who abused and tortured her as a child and in the process brings her friend along with her. They get caught up in a whirlwind of torture and devastation that brings destruction to their lives. This movie was also a part of the French horror revolution and is really two movies in one. The first part is the revenge with hints of paranormal violence and the second half is the torture of a girl until she reaches her breaking point. Spoiler Alert! It involves skinning someone alive. Fun 🙂

During World War II, four Italian socialists kidnap a group of teens and subject them to sexual, emotional and physical torture for 120 days. It’s still banned in multiple countries and is continually argued whether it is art or twisted pornography. Even supporters like Alec Baldwin and Martin Scorsese have stood up for this film when it was under fire for being obscene. And obscene it kind of is. Just saying.

An unknown man befriends a broken family and somehow brings them together. This is the darkest comedy anyone could ever watch. It starts out with a father paying his own daughter for sex and it only gets worse from there. Unless you have a sick sense of humor about incest, necrophilia and abuse then stay far, far away from this one.

Told in reverse chronological order, Irreversible tells the story of a night gone wrong. We first see decimation of someone’s skull with a fire extinguisher in a gay sex club, only to move backward, 5 minutes at a time to learn what brought us down this path. The middle of the movie shows where it all went wrong, with a scene that made many turn it off or walk out of the theater but it is a brilliant (albeit challenging) bit of cinema that re-contextualizes the entire film. There was a time in life when everything was safe and you were filled with optimism, but as you’ll learn in the film, Time Destroys All Things.

Are you a fan of challenging, abrasive films? What’s the most disturbing film you’ve ever seen? How many of films on this list have you muscled through? Let us know on Twitter, Reddit, and in the Horror Movie Fiend Club group on Facebook.