The 2019 Overlook Film Festival is only a few short weeks away and films are still being added to the already impressive lineup. As previously reported, official selections this year include Larry Fessenden’s Depraved, Jim Jarmusch’s The Dead Don’t Die, Severin Fiala & Veronika Franz’s The Lodge, and the world premiere of Chelsea Stardust’s Satanic Panic. And making an already killer program absolutely deadly, Ant Simpson’s Come To Daddy, and Travis Stevens’ Girl on The Third Floor have also been added to the lineup!

Nightmare on Film Street’s Stephanie Cole called Girl in The Third Floor “a marvelous little ghost story [with] serious scares, uniquely handled gore and smart surprises to boot.” You can read her full review HERE. As well, our very own Grant DeArmitt recently took on the herculean task of reviewing Come To Daddy, a film who’s “plot moves and shifts and flies like a spaceship reentering orbit, if that spaceship also had a nightclub and haunted house attraction inside.” Read the full review HERE. 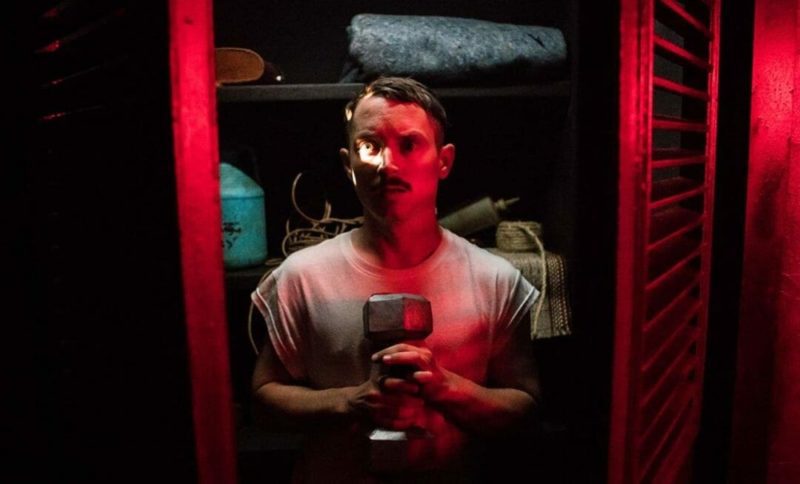 Norval, a troubled young man travels to a small seaside town to answer a letter from his long-lost father. When he gets there, the two begin to reconnect, but Norval can’t shake the feeling that something is drastically off. Elijah Wood stars in hilarious and terrifying twisty thrill ride, the directorial debut of lauded horror producer Ant Timpson.

WWE legend Phil “CM Punk” Brooks stars as Don Koch, an expectant father dead set on renovating his newly purchased Victorian home, a project that could see him not only giving in to old temptations, but uncovering the darkest secrets of the house itself.

The Overlook Film Festival descends upon the historic (and haunted) New Orleans May 30-June 2, 2019 to celebrate horror and genre film. Previous year’s selections have included Puppet Master: The Littlest Reich, The Bad Batch, Hereditary, and Satan’s Slaves. There are three different passes available for this year’s festival including a Platinum Immersive Experience pass. Passes and Badges can be purchased here.

If you are planning on attending the festival, let us know what movie you’re most looking forward to seeing on Twitter, in the NOFS Subreddit, and on Facebook in the Horror Movie Fiend Club.