[Podcast] Clash of The Titans: FREDDY VS. JASON vs. ALIEN VS. PREDATOR

Let’s Get Ready To Rumblllleeeee! Join your hosts Kim and Jon for a monster-sized episode of Nightmare on Film Street this week with a blow-by-blow breakdown of horror’s most iconic monsters…punching each other, biting each other, and laying eggs in the bellies of some unsuspecting bystanders! In this corner, we have the sadistic Springwood Slasher up against Camp Crystal Lake’s reigning champion in the unfairly maligned Freddy vs. Jason (2003). And in the other corner, we have two alien creatures that have very rudely decided to bring their interplanetary turf war to our back yard, in the somewhat fairly maligned AVP: Alien vs. Predator (2004). Join usss..

This episode is co-produced, with the generous support of Dustin Lewis & Darra Stone. As always, let us know what you thought about this week’s episode on Twitter @NOFSpodcast, our Subreddit, the Horror group on Facebook, and the brand-spanking-new NOFS Discord Server to continue the conversation! And, of course, be sure to check out all of the other killer shows on the Bloody Disgusting Podcast Network HERE.

Unlock access to exclusive bonus content and earn some other frightfully good rewards, including shoutouts, merch discounts, and swag by  joining the Nightmare on Film Street Fiend Club! New supporters are automatically entered in a giveaway to win 1 of 2 Krampus Holiday Sweaters. Full details can be found HERE in the NOFS Fiend Club where members can also a full-out Monster Movie night (complete with a custom, monsterific pre-show) with us on Scener later this month! 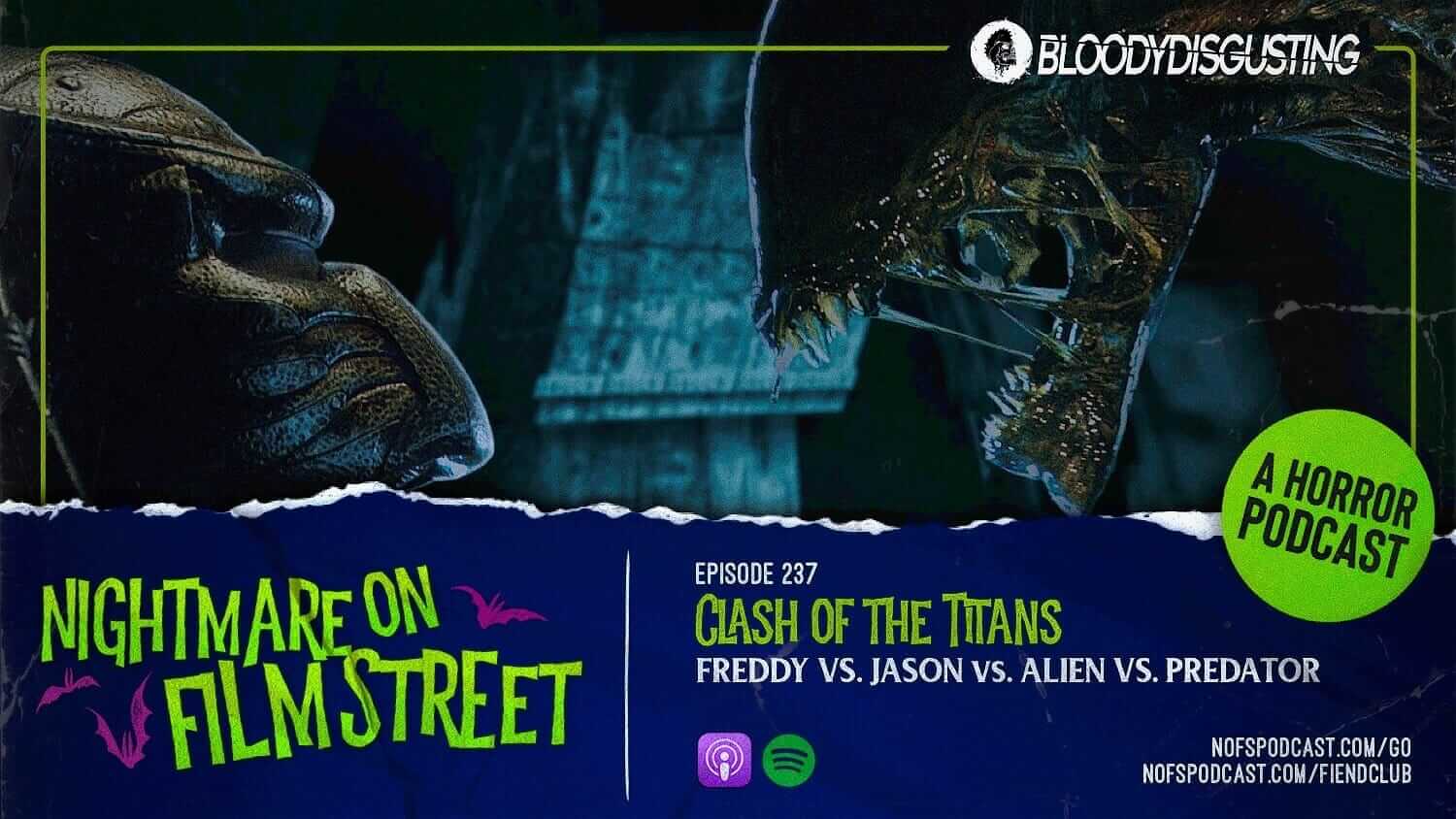