David Cronenberg is back at it with his organ growing, autopsy art-filled body horror; Crimes of the Future! Join your Nightmare on Film Street horror hosts Jon & Kim as they sit down to dissect this stomach churner, immediately after seeing the film!
We’re not entirely sure what we just watched, but tune in anyways to hear us pick up the pieces! Just how gross was it every time Viggo Mortensen cleared his throat? What kind of creature was that bed? Can someone with your average everyday organs enroll in the inner beauty pageant? Joinn usss…
Reminder: This is a spoiler–filled episode. You might want to save this episode until after you’ve had a chance to watch Crimes of the Future at your local cinema. But we can’t stop ya, so you do whatever you damn well, please! 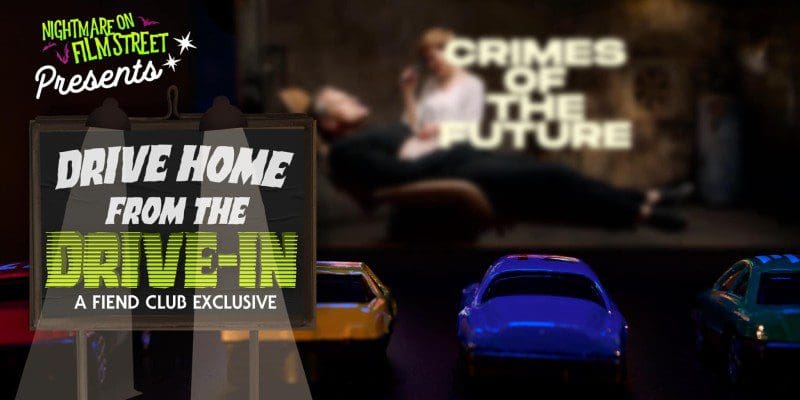