[Podcast] It’s Hip To Be Scared: AMERICAN PSYCHO + WE NEED TO TALK ABOUT KEVIN 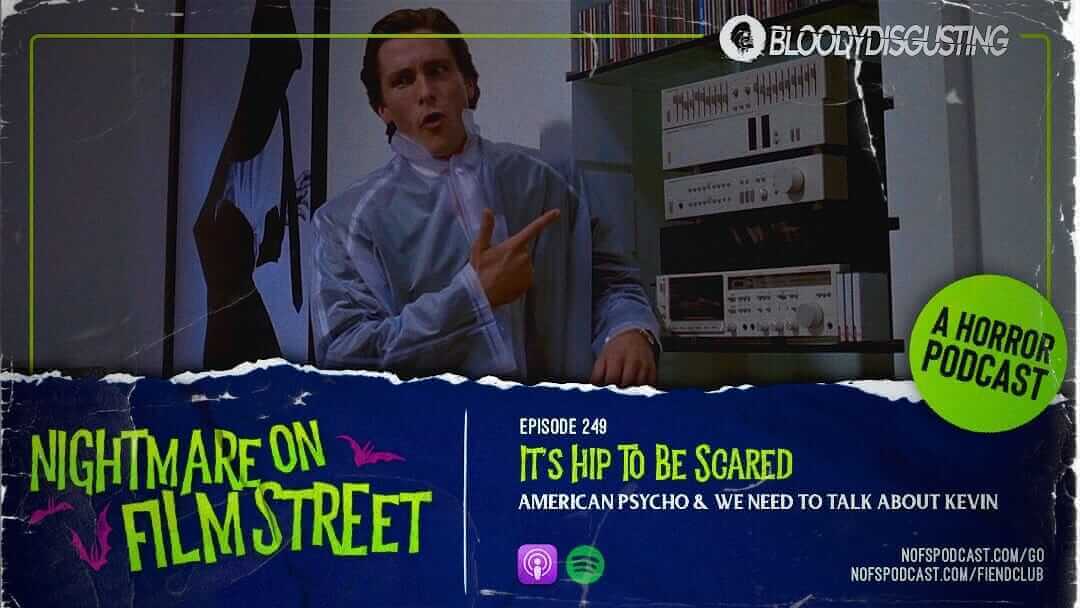 You don’t have to be a music-obsessed serial killer straight out of a horror movie to enjoy this week’s episode of Nightmare on Film Street, but it sure helps! Join your horror hosts Jon & Kim as they close out their celebration of Women in Horror with two psychopaths (or sociopaths, depending on who you ask) we’ll be talking about for years to come. No need to make a reservation, we’ve got the best seat in the house saved just for you. To start we’re serving an early 2000’s psychological serial killer, marinated in late 80s satire followed by a complex but complementary entree drizzled in red sauce after 16 years on a slow, methodical simmer. Qu’est-ce que ç’est? So glad you asked- We are talking about Mary Harron’s American Psycho (2000) and Lynne Ramsay’s We Need To Talk About Kevin (2011) in a double-feature celebration of two of horror’s most sadistic psycho killers. Join uss..

Unlock access to exclusive bonus content and earn some other frightfully good rewards; including shoutouts, merch discounts, and swag (like membership cards, stickers, and temporary tattoos!) by joining the Nightmare on Film Street Fiend Club. And everyone (Fiend Club supporter or not!) is welcome to join us this Friday, February 26th @ 9:00pm EST over on Twitch as we livestream-and-scream our way through haunted houses in Phasmophobia! 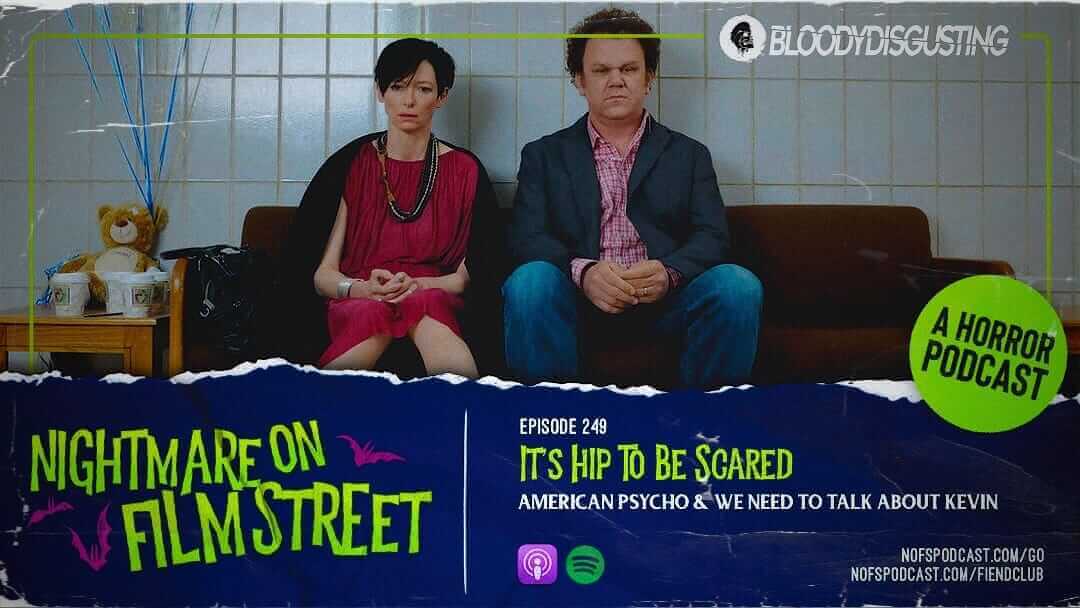