The Friday The 13th movies are horror royalty as far as we’re concerned, and they’re best enjoyed outside at your local drive-in in the dead of summer with a big bag of popcorn. Don’t have a drive-in near you? Well, we’ve got ya covered. Nightmare on Film Street is bringing the drive-in experience to you with an immersive soundscape designed to set the mood for the perfect Friday The 13th movie night with your horror pals Jon & Kim.

Sit back, close your eyes, and imagine the stars above, bugs biting your butt, and a shadowy figure stalking you from behind the trees. It’s Midnight at Camp Blood and we’re talking about the one that started it all. The slasher that launched 1000 kills! The O.G. Friday The 13th (1980). Join usssss…. 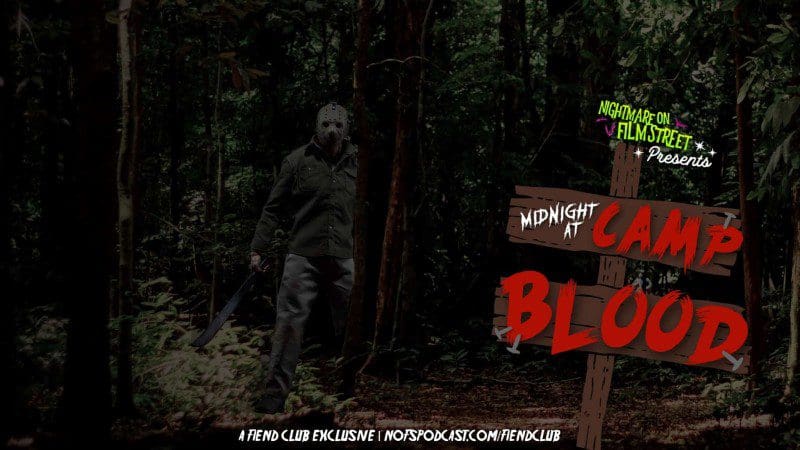