On this week’s episode of Nightmare on Film Street, your horror hosts Jon & Kim let loose and exercise their constitutional right to purge! Join us as we release the beast and dig into the murderous wasteland of James DeManaco’s The Purge: Anarchy. It’s rare for a sequel to surpass the original but The Purge walked so The Purge: Anarchy could run. And you better run if you’re going to survive this 12-hour long rampage of government-sanctioned savagery. The Purge: Anarchy laid the groundwork for the rest of the franchise, overflowing with maniacs, mercenaries, and creepy masks; You know, everything we’re looking for in an explosive rock-em sock-em horror flick. Join ussss… 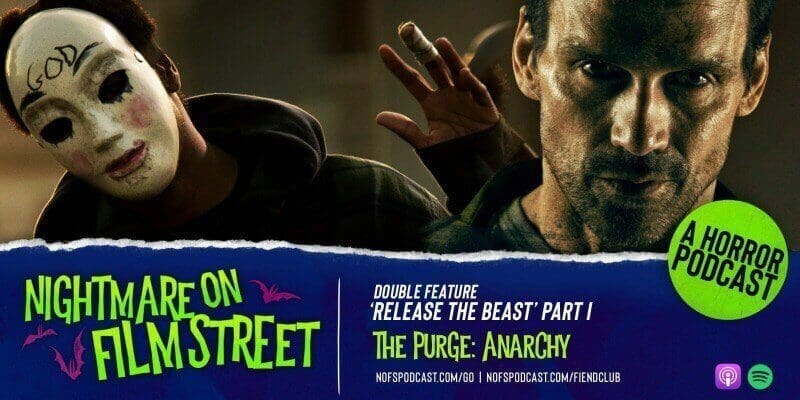