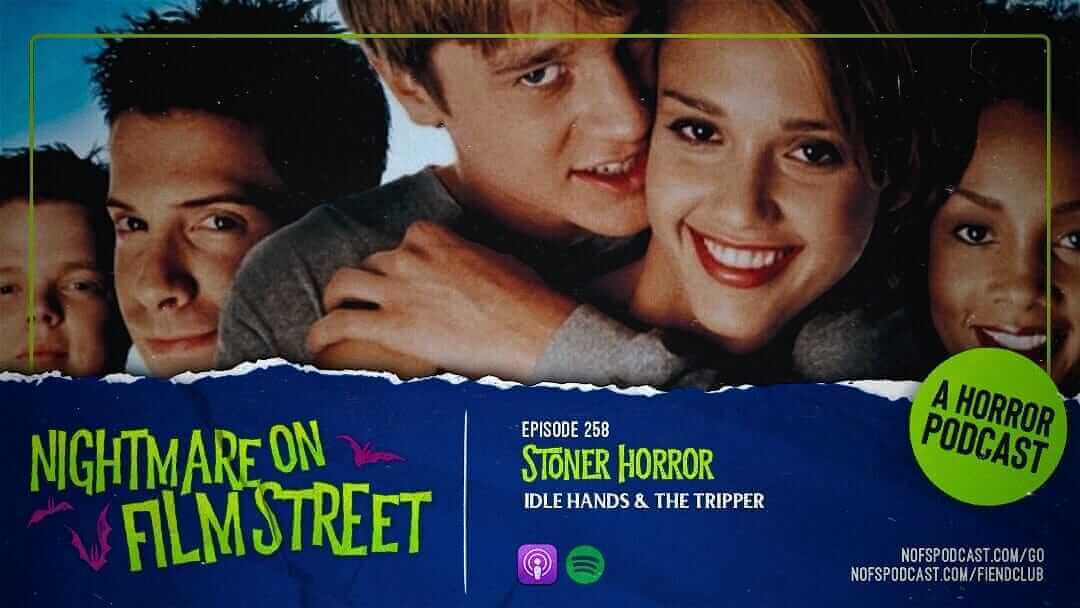 Every day can be 4/20 if you try hard enough and believe in yourself. Join your horror hosts Jon & Kim on this week’s episode of Nightmare on Film Street as they close out Reaper Madness month with two certified Stoner Horrors, guaranteed to give you a contact high or your money back. First up, we’re talking about Rodman Flender’s goofy supernatural slasher Idle Hands before packing another bowl and hitting the road with David Arquette’s The Tripper! It’s a doobie double-feature filled with demon-possessed hands, an ax-wielding Ronald Ronald, and a whole lot of ill-advised drug use! Joinn usss…

Unlock access to exclusive bonus content and earn some other frightfully good rewards; including shoutouts, merch discounts, and swag (like membership cards, stickers, and temporary tattoos!) by joining the Nightmare on Film Street Fiend Club. We don’t have anything planned for this weekend because we’re shooting a short film (!!) but we’ll be back next weekend for a Halloween-themed cartoon watch party. 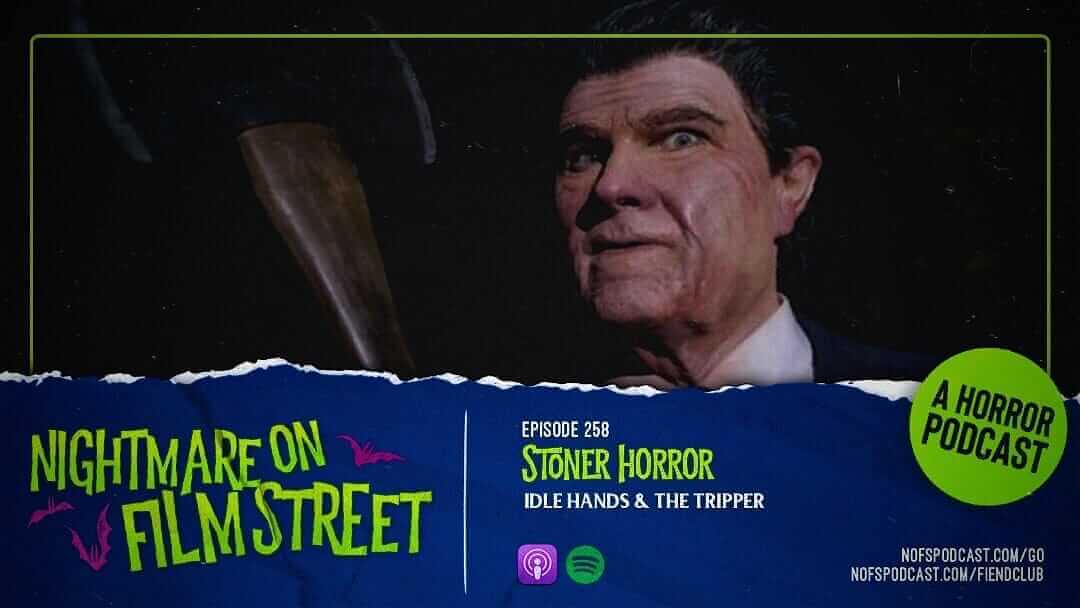