READY OR NOT: The 10 Best Deadly Games in Horror 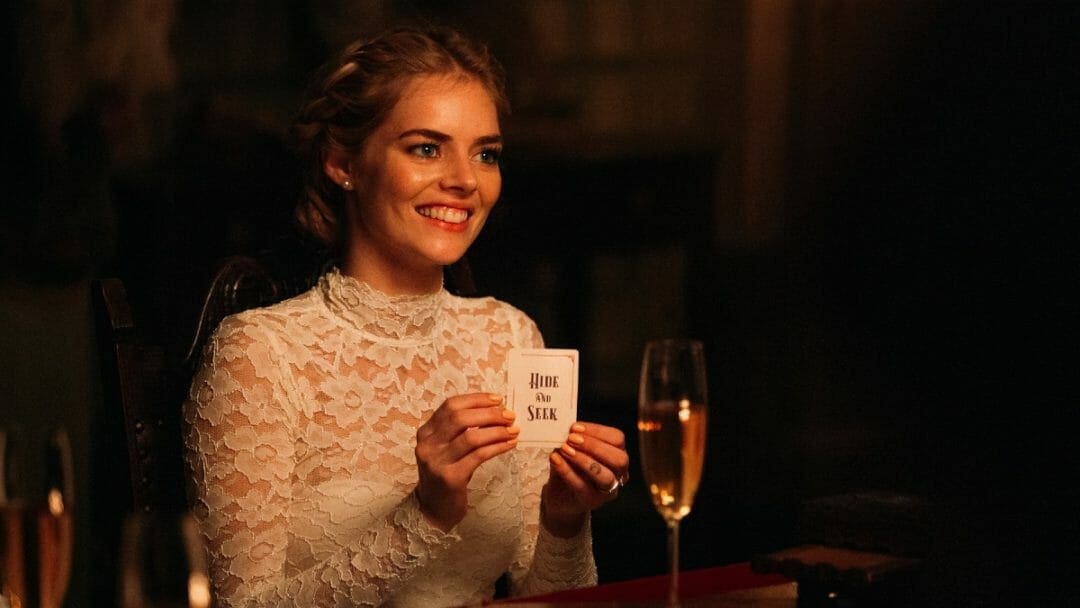 Games have certainly come a long way since the days of Roman gladiators. For one thing, the losers survive. You could say games have been sterilized to the point where stakes are trivial, but that’s for the best. Life is hard enough without having to bet your welfare on whether or not you can win a game of cards, or complete a scavenger hunt.

When you hear the word “game” today, you think of something like Sudoku, BioShock, or sports. Yet not all games today are harmless. And I’m not talking about people who take Monopoly a little too seriously, or when athletes get into a glorified pissing contest. No, there are some games where the only one enjoying them is the person pulling the strings. Instead, people are bearing the brunt of someone else’s sadistic desires.

While the world at large has moved past games with barbaric rules and results, there’s one outlet that reminds us of how brutal entertainment can be — horror. And, with Ready or Not hitting theatres in just a few days, let’s revisit a few films from the genre featuring games that exude savagery and a pleasure for pain. College aged friends visiting Mexico all indulge in a game of “Truth or Dare?” that incurs supernatural consequences. One by one, the players are forced by an unseen evil to reveal devastating secrets or act out precarious dares. If they refuse to play they will die in the most gruesome fashion possible.

This entry in Blumhouse’s growing catalog was more of a blip than a standout in 2018’s horror repertory; it was vehemently criticized for its lack of originality. That being said, Truth or Dare is a diverting time if all you want is popcorn scares with no muss, no fuss. The game itself is frightening when one takes into account exactly how the movie ends. A hapless salesman participates in a series of increasingly despicable acts in exchange for money. But at what point can he stop?

The mood of this English-language remake of the dark, Thai horror-comedy 13: Game of Death is notably more severe. There’s not a an actual sense of fun to be found here as the situation becomes more and more grave. Even depressing. The game keeps both the protagonist and the audience at home on their toes from start to finish. A struggling, young caregiver must take extreme measures to help pay for her ailing brother’s medical costs — she partakes in a twisted interpretation of the classic parlor game “Would You Rather”. Except in this version, the dilemmas posed aren’t hypothetical. No, the guests must physically honor and act out their choices. Otherwise, they won’t be the one left standing with a large sum of money. In fact, they won’t be standing at all.

There’s a level of depravity here that won’t sit well with some people. Not only is the host an immoral scumbag, the story’s conclusion is so mean-spirited and misanthropic. It doesn’t get any more base than Would You Rather. A woman invites something evil into her life when she plays with her ex’s spirit board all by herself. Soon, her ex and her current boyfriend must band together to put an end to this paranormal intruder.

To some people, Ouija boards may be considered legitimate channeling devices when contacting the other side, but let’s be honest and admit they’re just a slumber party gag at best. Witchboard has some campy fun with the concept, though. There’s also a sizable, homoerotic air to the male protagonists’ complicated friendship that continues to resonate with fans today.

A woman treats her horror movie buff of a boyfriend to an interactive experience from a company called Fear, Inc. On Halloween night, the couple is subjected to a real-life horror movie as they and their friends are pursued by Fear, Inc.’s overzealous employees. At some point, however, they all start to wonder if this is really a game or not.

Fear, Inc. absolutely toys with you over and over to the point of whiplash; you’re almost never sure what’s a joke or not in this fiendish horror-comedy. It’s not a smooth ride, but the ending will definitely stick with you. When a college student stays in the dorms by herself during Thanksgiving break, she is stalked by masked killers all across campus.

You’re initially clueless as to why the villains are after the film’s namesake, but the reason becomes clear over time. How the slasher ties into this list’s theme becomes apparent as well. Kristy overall boasts ample and taut thrills for anyone looking for horror set on Turkey Day. At a remote office building in Bogotá, Colombia, a mysterious voice from the speaker system tells the Belko Industries employees to kill each other. And there will be consequences if they fail to comply. With no other choice, the office erupts into a bloodbath where only one person can be left alive.

Director Greg McLean redeemed himself after the misstep that was The Darkness. The story in The Belko Experiment strongly resembles that of Battle Royale, and in turn, The Hunger Games. It’s not a particularly novel idea at the core, but it will sate anyone craving unconstrained violence. Strangers with no recollection of how they ended up inside a collection of cubic cells must work together if they want to escape.

Without Cube, we would definitely not have the likes of Saw and its many sequels revolving around deathtraps and fatal riddles. Cube paved the path for the torture horror sub-genre to walk on, but there’s a grim elegance to this indie suspenser that has yet to be emulated as finely. As a group of high school students attend an elite Saturday class to help prepare for college entrance exams, an unseen maniac puts a lethal plan into motion. The students and faculty are trapped inside the school, and they eventually must indulge their captor. To get out safely, every contestant must solve a problem or riddle. But failing to do so will result in immediate death.

This bloody Saw-inspired thriller from South Korea isn’t strung together by mere acts of gore for the sake of gore. On top of a whodunit story, there’s a startling revelation that speaks to how desperately some people take their education. By the way, there’s a sequel called Death Bell 2: Bloody Camp if anyone’s up for more adolescent bloodletting.

A graduate student studying urban legends in Chicago unearths one of the most infamous one so far — Candyman. Anyone who repeats his name five times will receive a most unpleasant visit from the hook-handed apparition. Unfortunately for anyone who’s willing to summon the vengeful spirit, Candyman is no campfire story. He is absolutely real. And he’s about to find his next victim.

Similar to the urban myth of “Bloody Mary”, Clive Barker’s short “The Forbidden” was translated to film under the helm of Bernard Rose (Paperhouse). This modern-day, city ghost story is successful through and through. From the performances to the music, Candyman is a classic that proves some games aren’t meant to be played. Can’t get enough of Candyman? Nia DaCosta and Jordan Peele’s spiritual sequel is aiming for a 2020 release.

Ready or Not hits theatres August 21st. What are your favorite horror movies set around games? Share your thoughts with the Nightmare on Film Street community on Twitter, in our Official Subreddit, or in the Fiend Club Facebook Group!