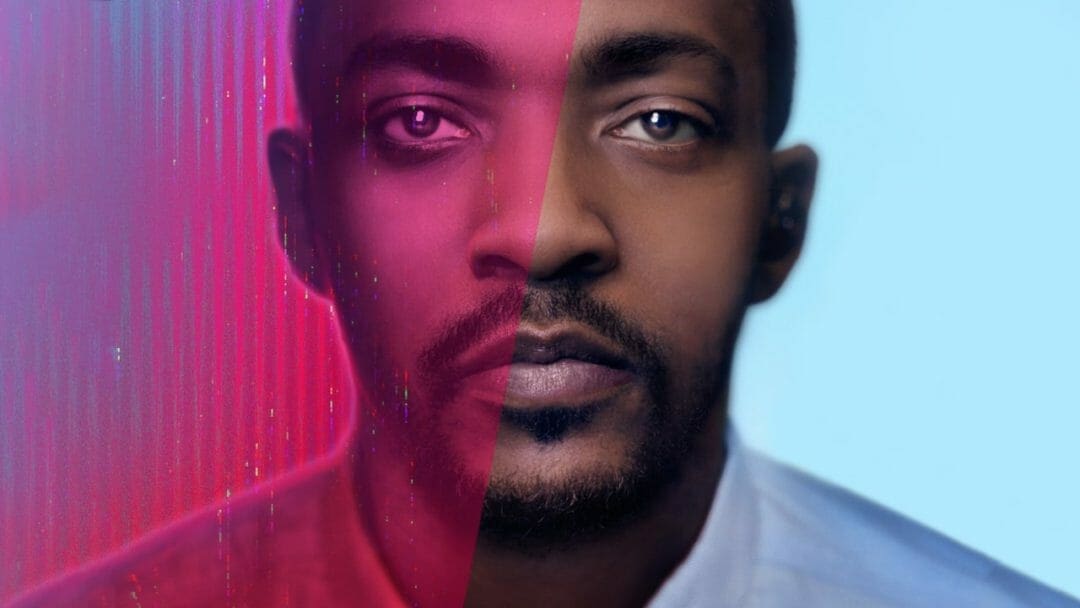 Humanity’s abject reliance on technology is probed and dissected once again in the fifth installment of Charlie Booker’s Black Mirror. The renowned science fiction anthology — which has housed some of the most compelling genre shorts within the last decade — returns to the format of the first two seasons by having three episodes as opposed to six like seasons three and four. That number seems small, but does the quality of storytelling suffer? 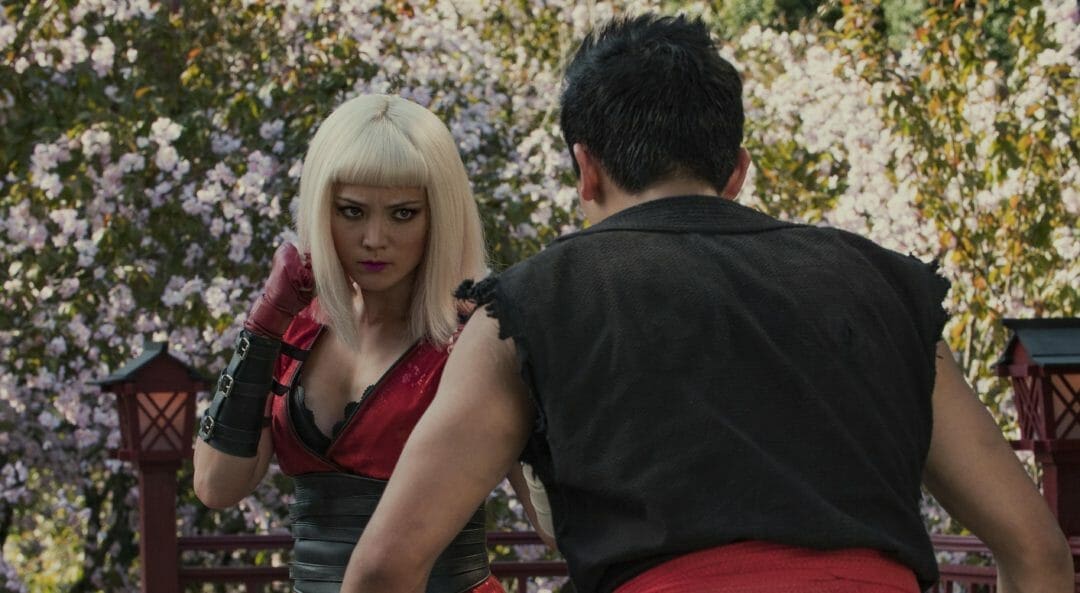 The first in this technological triumvirate is Owen Harris‘ “Striking Vipers,” whose namesake is a video game that’s evolved from a basic Street Fighter aper to an interactive VR fantasy that clones a player’s consciousness. Eleven years after meeting his wife Theo (Nicole Beharie), Danny (Anthony Mackie) is reunited with his estranged friend Karl (Yahya Abdul-Mateen II). The men’s relationship is renewed by the latest update of the aforesaid video game. Similar in nature to the modified game from season four’s “USS Callister,” Striking Vipers allows its players’ avatars to not only engage in close combat, they can also indulge in other physical activities. As a result, Danny and Karl start to realize just how much they’ve missed each other.

“Striking Vipers” is a ruminating journey of self-discovery facilitated by virtual reality. It comments on the taboo subject of a homoerotic male relationship without judging the culture it originated in. In actuality, Booker tries his damnedest to erase the stigma attached to men on the down-low. He’s sure to include the feelings of everyone involved in the episode’s featured love triangle, and he introduces a remarkable solution that appears to reconcile the problem at hand.

The visible chemistry between Anthony Mackie and Yahya Abdul-Mateen II is integral to how deeply we feel for their conflicted characters. The frustration that Nicole Beharie’s Theo emanates is palpable; Ludi Lin and Pom Klementieff convey their pilots’ denied emotions with passion. The episode is a beautiful affair that challenges the constructs of fidelity in regards to soulmates. The second offering “Smithereens” follows a rideshare driver named Chris (Andrew Scott), who frequently picks up clients working at a social media company named after the episode. Unfortunately for 22-year old Jaden (Damson Idris), this could be his last ride. Chris picks Jaden up without realizing his passenger is a low ranking intern at Smithereens, and what Chris wants can only be achieved through someone of higher status at the company. Nonetheless, the disturbed man takes Jaden hostage and demands to speak to the creator (Topher Grace) of Smithereens for reasons unknown.

It doesn’t take a tech genius to comprehend James Hawes’ episode is about the idée fixe caused by social media participation. This mere certitude is at the core of the protagonist’s trauma. The argument that platforms like Twitter and Instagram facilitate compulsive behaviors, insensitivity, and distraction isn’t new, but it’s still an important one that’s often overlooked.

Once the motivation for Chris‘ drastic actions is revealed, audiences may feel cheated at how straightforward the theme of “Smithereens” is. Andrew Scott’s sympathetic performance, however, goads you to forgive the oversimplified main plot. Furthermore, Damson Idris ferries compassion like anyone else would upon hearing the regretful confession of Jaden‘s captor. The episode doesn’t dive too deeply into the discourse over the harms of social media, but it’s an affecting allegory nonetheless.

Rachel, Jack and Ashley Too 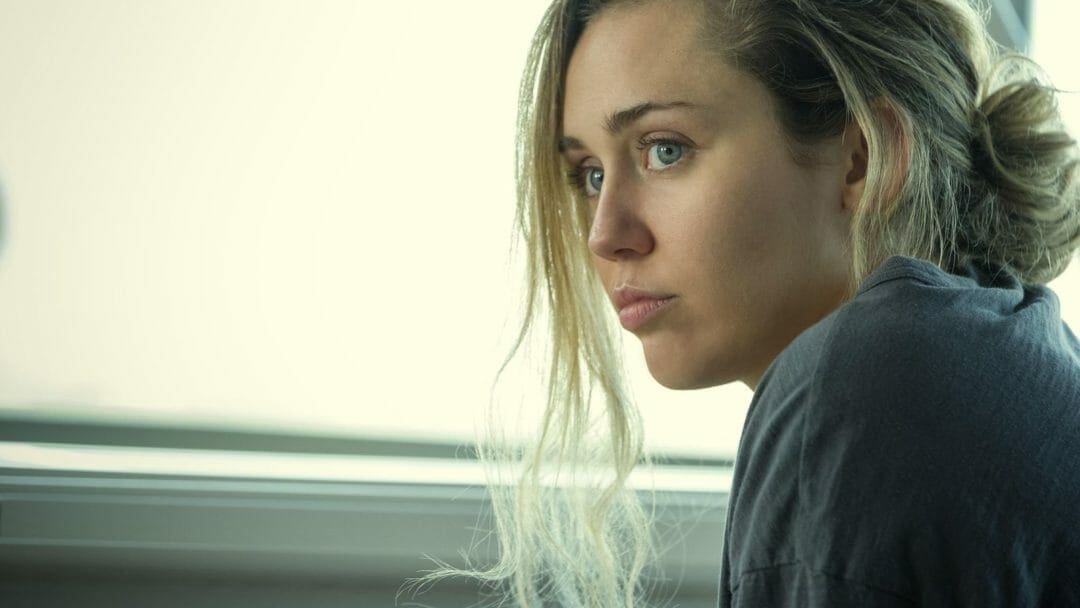 Lastly is Anne Sewitsky’s “Rachel, Jack and Ashley Too.” Pop starlet Ashley O (Miley Cyrus) is unhappy with fame in spite of all the glory and money she has at her disposal. When her team unveils an AI doll called Ashley Too, one of her loyal fans Rachel (Angourie Rice) buys one in hopes of filling a void left by her dead mother. In the meantime, Ashley O‘s aunt and manager (Susan Pourfar) is fed up with her niece’s moody demeanor. So she enacts a plan to do away with the one obstacle in her path to vicarious fame.

The season closes with what is essentially a “wicked stepmother” kind of fairy tale where Cyrus plays a damsel put to sleep by her evil guardian. This Cinderella update might sound entertaining on paper, but the actual product is too disoriented. A sizable detractor is the distinct tonal shift between the first and second half — the episode starts off as a dejected fable about how lonely it is as at the top, and how death can change those left behind. Eventually, we’re treated to a juvenile caper where Rachel and her sister Jack (Madison Davenport) must save Ashley O before it’s too late.

As inconsistent as “Rachel, Jack and Ashley Too” is, the episode’s most glaring flaw is its small-scale approach to a meaty topic such as the commodification of musicians. Booker teases a somber, honest study of a pop star enduring years of falsehood, but then retreats into what is sadly a Hannah Montana episode seen through the lens of Black Mirror. It’s a shame seeing as Miley Cyrus is the perfect actor to portray a celebrity going through the motions. All that potential is squandered, and the episode we do get isn’t too exciting. It’ll definitely make you appreciate the series’ standout episodes more than you already do.

Subtracting “Striking Vipers” from the equation, the season wasn’t exactly innovative. The final two episodes coast by thanks to solid performances, but otherwise, they lack the high rewatch value of prior episodes. That being said, no entry this season is unwatchable. Even the least impressive of the bunch is easy to get through. All in all, the quantity of episodes isn’t what’s wrong with the fifth season. Rather, it’s the unadventurous writing. Ideas are too familiar, and the messages aren’t startling. For a series known for being thought-provoking, the latest three episodes of Black Mirror are simply fine as a whole. Yet “fine” should not be the standard that this anthology strives for.

The entire fifth season of Black Mirror is now available on Netflix. What did you think of the season? Let us know on Twitter, in the official NOFS Subreddit, and on Facebook in the Horror Movie Fiend Club!

And, if you’ve already binged all of Black Mirror and are looking for something to scratch your sci-fi itch, here are 10 Films to Check Out After your Black Mirror Binge!

TLDR Subtracting "Striking Vipers" from the equation, the season wasn't exactly innovative. No entry this season is unwatchable. Even the least impressive of the bunch is easy to get through. All in all, the quantity of episodes isn't what's wrong with the fifth season. Rather, it's the unadventurous writing.