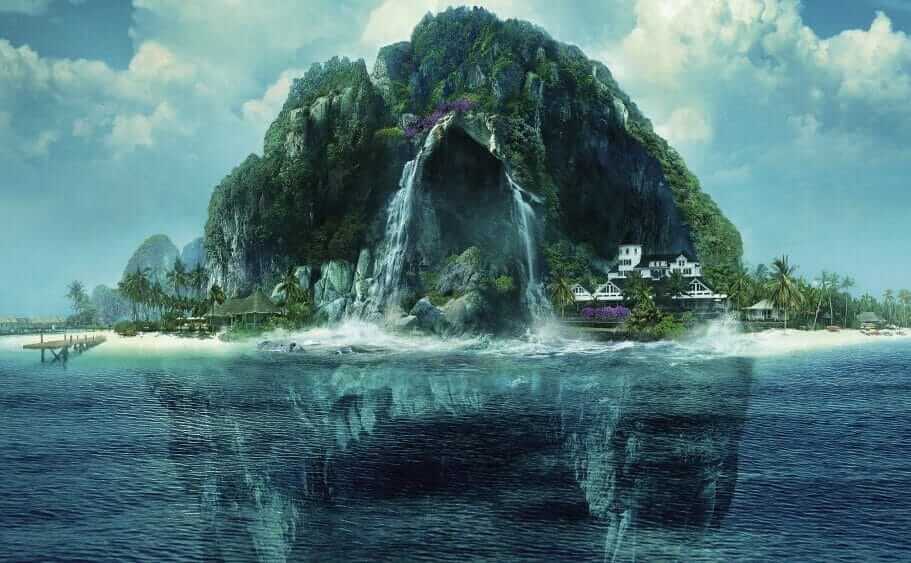 Tonally disparate film adaptations of classic television shows are nothing new. Charlie’s Angels, The Brady Bunch, and 21 Jump Street have all found success on the big screen. Fantasy Island is the latest candidate, and the makeover appears shrewd. This horror reimagining plays with a familiar idea that was never all that innocuous to begin with. Set on an idyllic island, a mysterious host guides his guests through manifestations of their greatest and innermost desires. There was always an unspoken eeriness in the TV series, whereas in the movie, that element is overt. Blumhouse takes the core concept and runs with it, but where its version of Fantasy Island ends up falls short of paradise.

Jeff Wadlow’s movie has little time for exposition. After an opener that affirms his story’s sinister shape, we’re introduced to our guests and their cryptic host, Mr. Roarke (Michael Peña). These five strangers all won a contest and were then flown to a reclusive island where their fantasies will supposedly come true. How that will exactly happen isn’t made known to the winners. Up first is JD (Ryan Hansen) and his brother Brax (Jimmy O. Yang), both of whom want to “have it all.” So, Roarke throws them a huge party that caters to these siblings’ wants. Meanwhile, Gwen (Maggie Q) experiences something more therapeutic. The one that got away from her all those years ago has now returned to pop the question. Patrick (Austin Stowell), a cop who is stuck on desk duty due to a vague incident, wishes to play soldier for personal reasons. Melanie (Lucy Hale) simply wants to settle a score with a school bully named Sloane (Portia Doubleday).

“In those first two acts, Fantasy Island is easy to engage with [but] the ending is somehow equally over and under-cooked.”

The audience already knows trouble is astir. For the time being, it’s all about anticipating when the other shoe will finally drop. Thanks to headlong pacing, the wait is a short one. Cynical Melanie realizes the bound and gagged Sloane before her is no hologram. She’s flesh and blood, unaware of what or whom brought her to the island. Gwen wakes up to find her life has radically changed. JD and his brother learn wealth doesn’t come for free, and Patrick meets someone he never expected to see during his war games. What everyone assumed was nothing more than detailed simulations has turned out to be scarily real.

In those first two acts, Fantasy Island is easy to engage with. The variety in the participants’ fantasies yields a sharp atmosphere; there’s some affecting energy to the characters’ emotional journeys. The guests spend most of the time separated from one another. His or her own way of dealing with the consequences of bad wish-fulfillment makes for plenty of drama and movement. The extent we get to know the characters border on cursory. Even so, they’re individual and palpable, if not responsive. It’s not hard to find a relatable backstory. 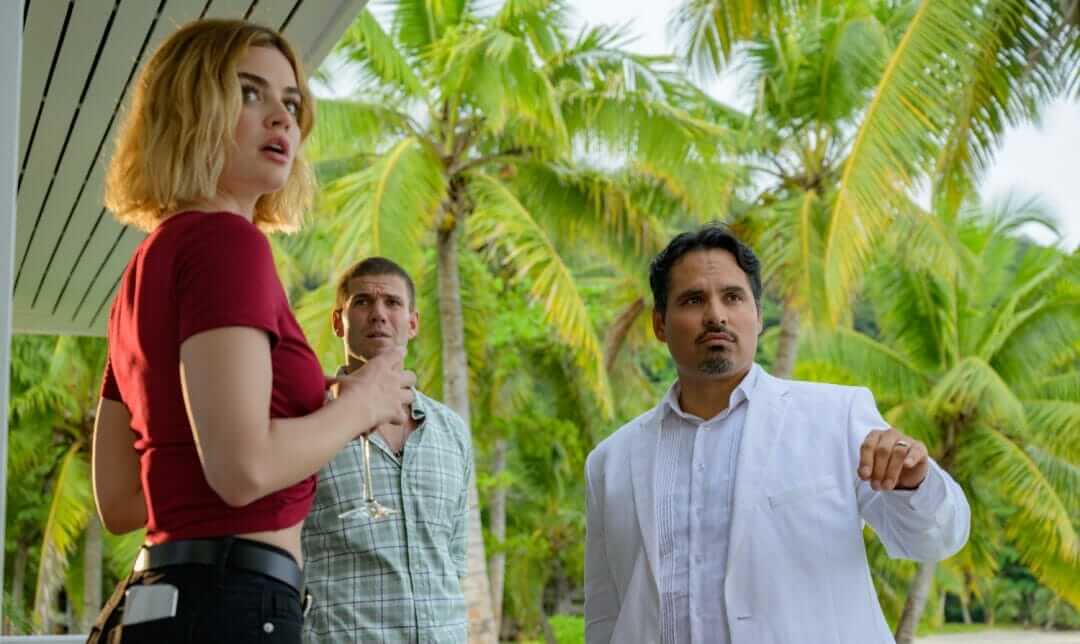 Anything that doesn’t work about the movie can be found in the protracted final act. The ending is somehow equally over and under-cooked. The presence of an overarching evil plan comes of no surprise; a horror retooling of Fantasy Island all but invites something of this nature. It’s the writers’ choices from here on out that effectually render the movie uninspired. That final, cheesy nod to the television show before the credits is also adding insult to injury.

A fantasy without imagination is nothing more than reality itself. And, the reality here is, Fantasy Island is a sightly miss of a movie. The malefic update has a lot of creative potential on paper. The film just so happens to lose steam whenever it comes time to gel everything together. Stripping the intrigue and bolstering the film with cinch storytelling make for an addled conclusion. The runtime is another matter. Attentive editing and the streamlining of each tailored fantasy could have made a big difference. All in all, the initial ingenuity is eclipsed by unnecessary bloat, increasingly bad dialogue, and matte beats. The less patient will undoubtedly be checking out early. Sorry to say, Blumhouse’s latest effort will be no one’s go-to fantasy.

“A fantasy without imagination is nothing more than reality itself. And, the reality here is, Fantasy Island is a sightly miss of a movie.”

Blumhouse’s Fantasy Island is now playing in theaters. Share your thoughts on Fantasy Island with the Nightmare on Film Street community on Twitter, in our Official Subreddit, or in the Fiend Club Facebook Group!

TLDR The malefic update has a lot of creative potential on paper. Anything that doesn't work about the movie can be found in the protracted final act. Sorry to say, Blumhouse's latest effort will be no one's go-to fantasy.