[Review] Horror Anthology PHOBIAS Pieces Together The Origins of Fear

Society often mistakes phobias as being nothing more than everyday fears or explanations for irrational disgust. In truth, these extreme aversions to external stimuli are clinical conditions, and for those diagnosed with legitimate phobias, they can be triggered in an instant. Vertical Entertainment’s anthology, aptly titled Phobias, follows in the footsteps of other portmanteau horrors like Asylum and Tales That Witness Madness and studies specific sources of terror for select patients.

It is almost standard for anthologies coming out today to be nothing but low-cost assemblages of preexisting and self-contained shorts. However, Phobias is a cohesive omnibus; there are no perceptible signs of it being Frankensteined together for a quick buck. So right off, the movie has near consistency in both appearance and story. That doesn’t mean it lacks the trademark framing device which gels everything together, though. In this case, a scrupulous doctor at a sinister government facility has gathered five patients against their will so he can examine what makes them sweat.

“…while Phobias doesn’t get as exploratory as it could have with the subject matter, its approach isn’t entirely clinical, either.”

First off in Joe Sill’s “Robophobia,” a timid son (Leonardo Nam, Westworld), who struggles to care for his ill father, is the target of bigotry. His only source of comfort is the disembodied, robotic voice on the other end of his phone. Even though he experiences a temporary boost in confidence all thanks to his new technological ally, that companionship comes at a price neither h e nor his father can afford. The movie cold-opens with this segment before introducing the wraparound story set at the government lab; its placement is a preview of the overall gloom within, giving Phobias a dystopian mood and appearance.

Hana Mae Lee (The Babysitter) is up next in “Vehophobia” — the origin story behind a woman’s fervent fear of cars. While out one night, Sami‘s ride shows signs of life in the most threatening way possible. Maritte Lee Go and Broderick Engelhard’s offering is a satisfactory update of tales of supernatural retribution as seen in other horror anthologies. 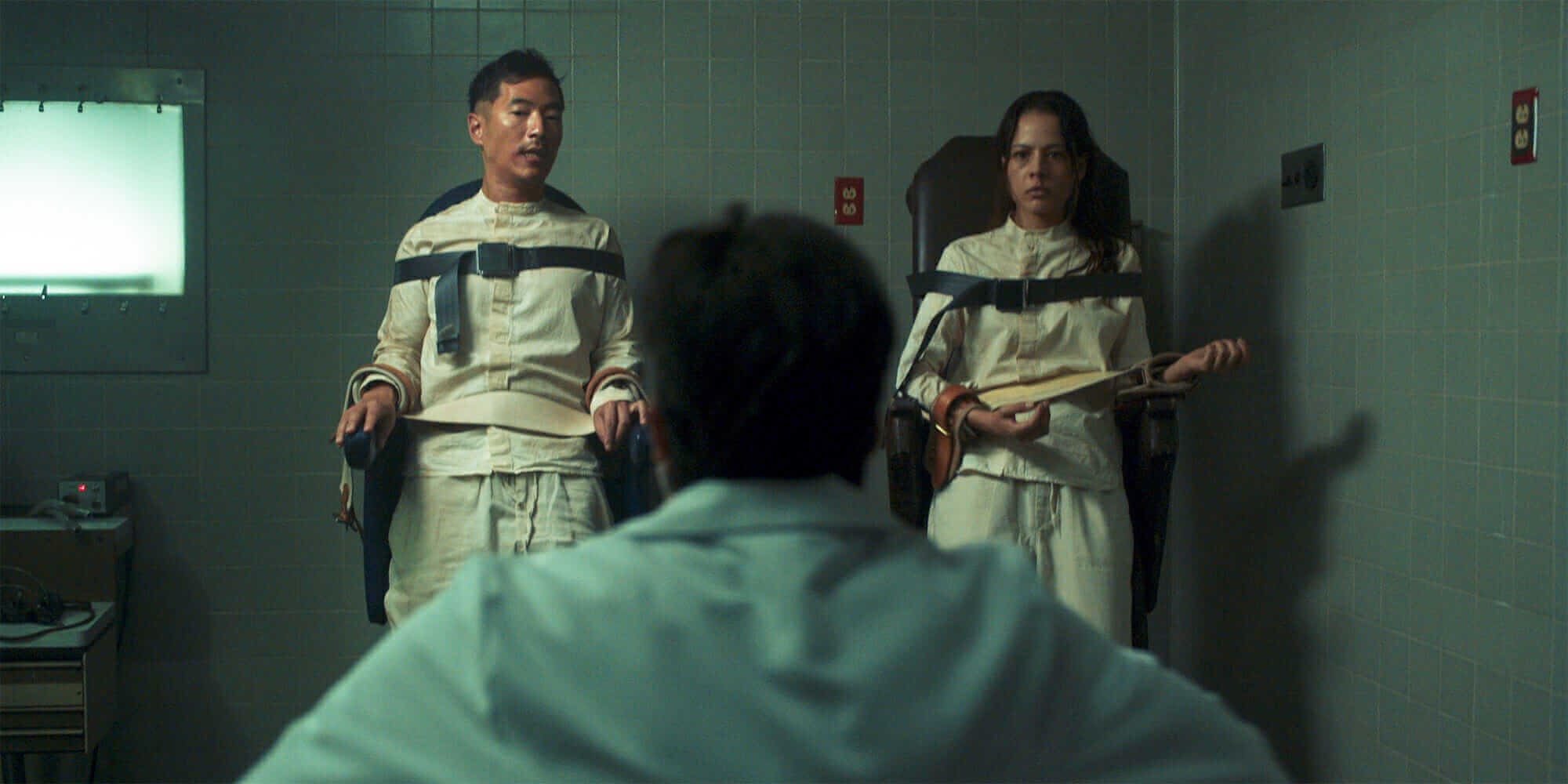 Chris von Hoffmann’s “Ephebiphobia” pays homage to modern horror classics like The Strangers but adds a divisive twist. Lauren Miller Rogen’s Emma is a teacher who is given a tremendous scare one evening; she’s alone at home when a band of intruders comes inside and torments her. Although this story is perhaps the most welcomingly straightforward of the bunch, its ending ends on a sour note.

No stranger to horror herself, actor Camilla Belle (When a Stranger Calls) makes her directorial debut with “Hoplophobia,” a look into a mother’s enduring dread when it comes to guns. Martina García’s Alma, who is easily unsettled by firearms, is unique among the five subjects seeing as her phobia existed before the events of her story. While Belle does an admirable job of painting someone living with posttraumatic stress disorder, her contribution is so direct there is no subtext or surprise to be found. 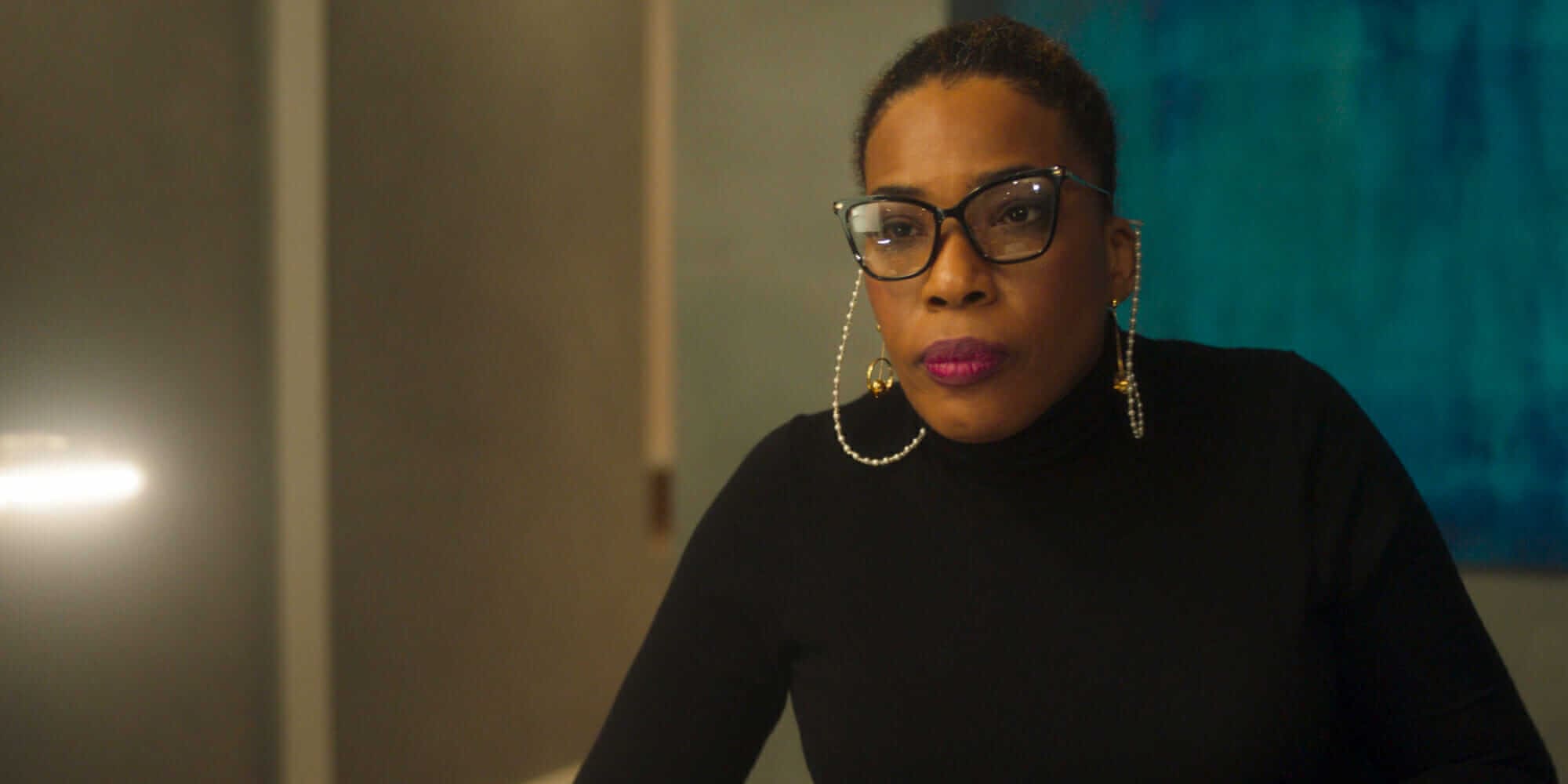 Before the framing device “Outpost 37” is resolved, Jess Varley wows with “Atelophobia,” an unhinged and truly unsettling demonstration of that fear of never being good enough. Musician Macy Gray plays Renee, an architect whose firm is now responsible for a major business snafu in desperate need of repair and solution. She suddenly adds a new male employee (Rushi Kota) to her roster of women not for the sake of inclusion but because she has ulterior motives. Of all the phobias explored, this one is deftly executed with style to match. Gray’s character bides her time until that foreboding unpredictability of hers pays off oh so gruesomely.

The backstories generally entertain when looked at one by one, but where the entire movie falters is the wraparound that reads more secondhand than novel. Ross Partridge (Stranger Things) makes do with an uninspired role as the resident mad doctor surrounded by other evil whitecoats and almost medieval-looking medical equipment. By good fortune, the patients’ histories maintain your interest. So while Phobias doesn’t get as exploratory as it could have with the subject matter, its approach isn’t entirely clinical, either.

“The backstories generally entertain when looked at one by one, but where the entire movie falters is the wraparound that reads more secondhand than novel.”

Phobias arrives in theaters, on demand and digital on March 19. Share your thoughts on the movie with the Nightmare on Film Street community over on Twitter, Reddit, Facebook, and in the official Nightmare on Film Street Discord. Not a social media fan? Get more horror delivered straight to your inbox by joining the Neighbourhood Watch Newsletter. 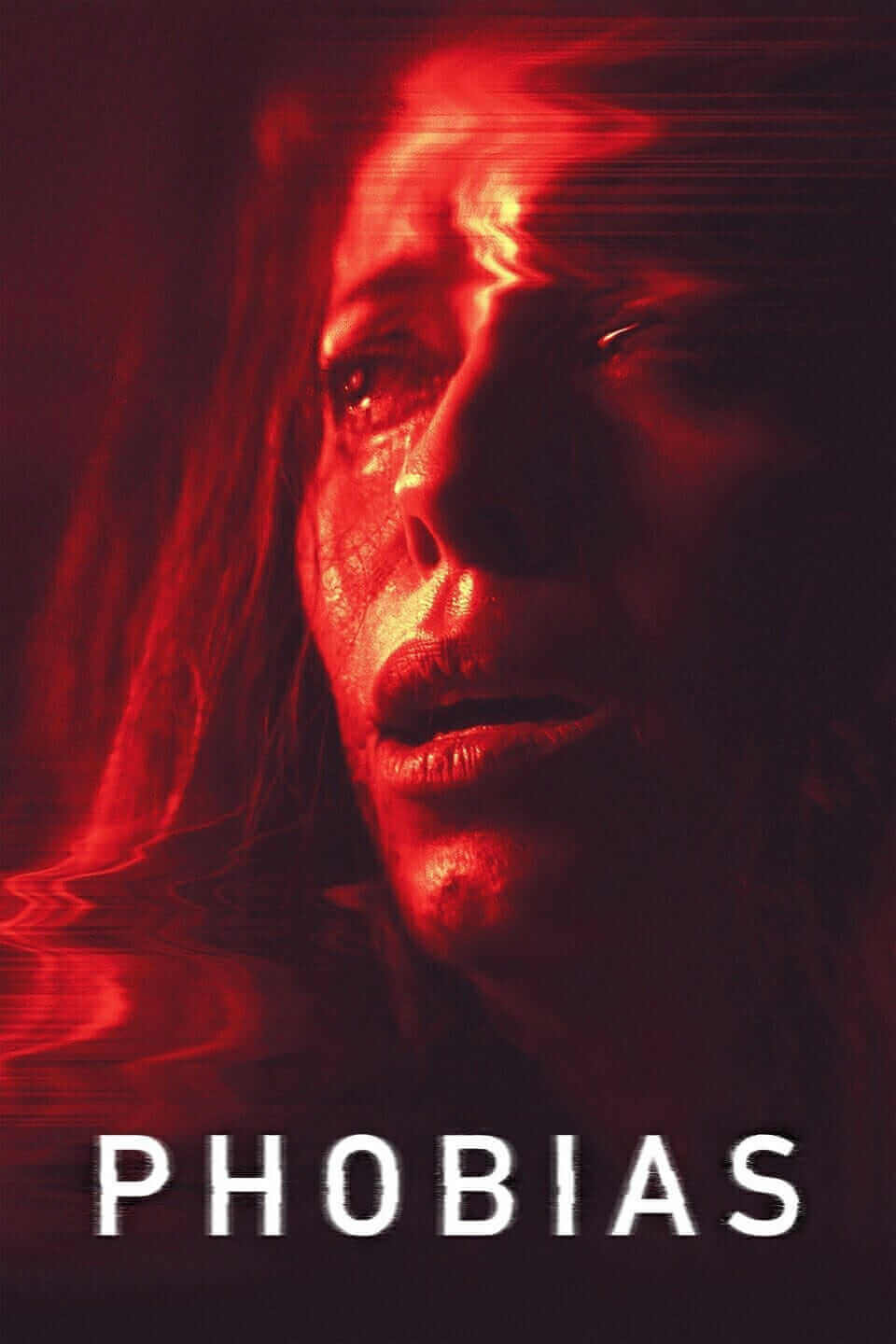 TLDR Phobias is a cohesive omnibus; there are no perceptible signs of it being Frankensteined together for a quick buck. So right off, the movie has near consistency in both appearance and story. The backstories generally entertain when looked at one by one, but where the entire movie falters is the wraparound that reads more secondhand than novel. So while Phobias doesn't get as exploratory as it could have with the subject matter, its approach isn't entirely clinical, either.