With its release of the series The Society, Netflix has in some ways stoked the shrinking flame that is young adult fiction. This ten-episode, modern reimagining of Lord of the Flies concerns teenagers left to fend for themselves in a dangerous new world. Although for the student body of West Ham High School, that world isn’t entirely unfamiliar.

West Ham is an insular community that’s as sterile as can be. Which is why the citizens are offended by a strange, interminable odor that has plagued the town. The local government has been trying to get rid of it by whatever means necessary, but the smell only comes back with a vengeance. In the meantime, the high school students leave for a school-sponsored camping trip. Before taking off, some of them spot some esoteric writing spray-painted on a church—”Mene Mene Tekel Upharsin.” A knowledgeable jock translates the graffiti: “You’ve been weighed in the balance and found wanting.” Paying no mind to the message, the students say their goodbyes to their parents and board the buses. 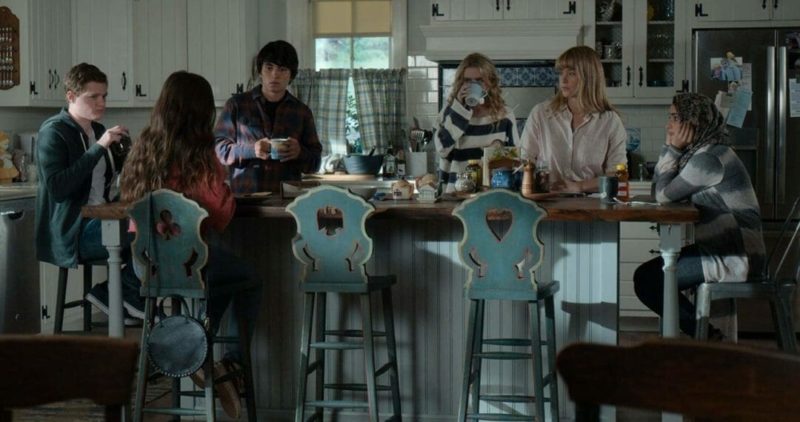 Later that night, everyone wakes up from a collective slumber and finds themselves heading back to West Ham because of a rock slide. After being dropped off by the bus drivers, the teenagers all go home to empty houses. Their parents are nowhere to be found. Thinking that the inclement weather or perhaps the smell caused the adults to be evacuated, the youth take advantage of this opportunity and party the night away.

The next morning, the students discover that all exits out of West Ham have mysteriously disappeared. The writing on the church wall has vanished, too. The teens begin to wonder if they’re in a facsimile of their town, or they’re all stuck in some kind of elaborate game. To no surprise, this news causes everyone to panic. And when one girl suddenly dies, the group realizes that things are only about to get worse. The teenagers are forced to restore order until help arrives. This forming of a new government doesn’t come without problems, though. Not only are they running out of resources, there are some people who want nothing but anarchy.

What helps separate The Society from your average teen drama is the cast. First off, these aren’t exactly fresh-faced actors—their ages range from twenty to as old as twenty-eight. You’ll have to suspend your disbelief in that regard. On the other hand, the performances are incidentally better than one would expect them to be. Not only does newcomer Natasha Liu Bordizzo mask her native Australian accent with startling adroitness, her Helena character is the understated backbone of this morality play. Lead Kathryn Newton (Paranormal Activity 4) shuffles through polarizing emotions with commendable faculty, and the show’s breakout star is arguably underdog Olivia DeJonge (Better Watch Out). Not everyone is up to par with the best of the pack, but hardly anyone is outright inept. 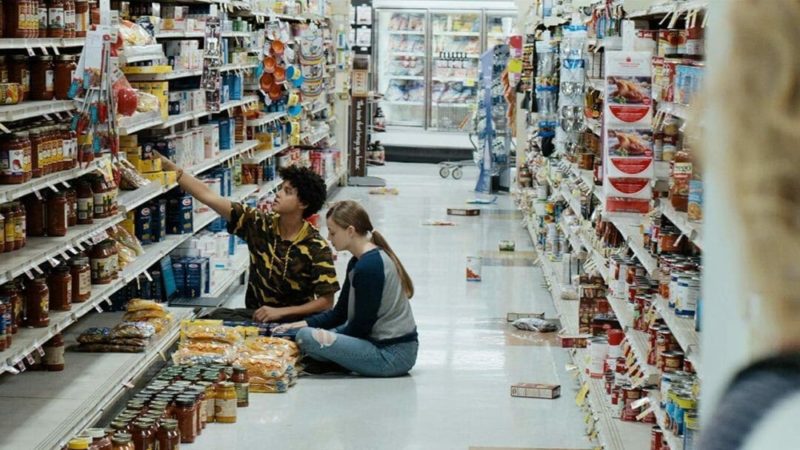 The Society has no shortage of drama either. There are subplots involving teen pregnancy, coming out, depression, and domestic abuse. While they’re not all given precedence and some do feel shoehorned in at times, these social issues are treated with more respect than not. In particular, the story of one character being abused by her partner is painstakingly authentic. The series doesn’t present this or any of the underplots as tidy or easily settled. By and large, the writers are adept with immoderate characterizations and penning appetizing conflict.

Is The Society science fiction? If you count Lost as a sci-fi story, then the answer is yes. The series is tight-lipped about the origin of the predicament at hand, but the theories are worthy of an episode of The Outer Limits. With the first season ending on a cliffhanger, we don’t get any concrete explanations, sorry to say. Only more questions begging to be resolved if the series is renewed.

In all honesty, there’s nothing too visionary here. Creator Christopher Keyser and executive producer Marc Webb have done their homework and drawn inspiration from the best that YA and science fiction have to offer. What the showrunners have come up with, however, is extremely watchable in spite of its low innovation. The situations are well-executed, and the cast is altogether proficient with what they’re given. 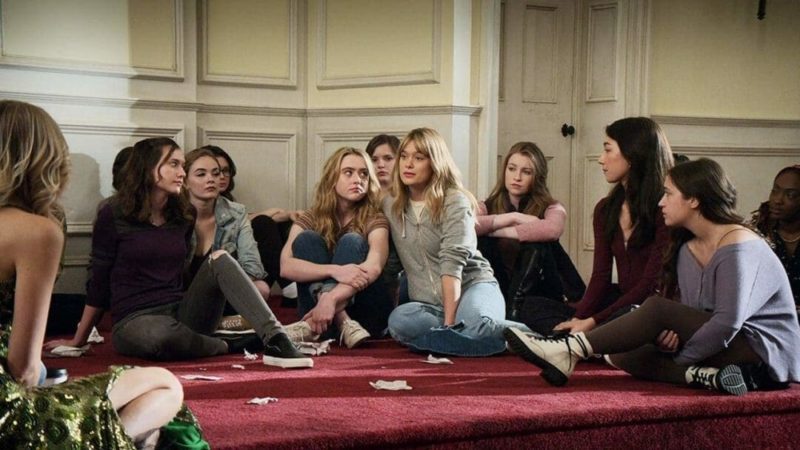 The Society has the misfortune of debuting in a time when YA fiction has become maligned by critics and viewers alike. There’s always a strong note of cynicism whenever adolescent genre storytelling comes to fruition on paper or on-screen. For all the general public’s waning interest, content makers continue to serve up helpings of teen dystopia and angst-ridden coming-of-age narratives. Yet adults who readily criticize the category might want to reevaluate their attitude if they’re willing to give The Society a chance. They may not be the target demo, but it’s clear from the first season that this isn’t a total teenybopper affair.

Have you watched the first season of The Society? Share your thoughts with the Nightmare on Film Street community on Twitter, in our Official Subreddit, or in the Fiend Club Facebook Group!

TLDR What helps separate the The Society from your average teen drama is the cast. Not everyone is up to par with the best of the pack, but hardly anyone is outright inept. In all honesty, there's nothing too visionary here. What the showrunners have come up with, however, is extremely watchable in spite of its low innovation.