The intense fear of the unknown is evident in Michael Nader’s directorial debut The Toll. The drive from the airport to her father’s house should have been straightforward, but someone — or something — has different plans in store for both Cami (Jordan Hayes) and her driver Spencer (Max Toplin). It’s on this one unfortunate night the two strangers meet something far worse than Death itself.

Some would argue ridesharing is safer than an old-fashioned taxi, but the threat of harm remains for some people — specifically women. Cami, weary from her flight and in no mood for Spencer‘s awkward small talk, is hypervigilant for reasons yet explained. Still, she dozes off en route to her destination only to wake up to unfamiliar surroundings. Stuck on a desolate road with a now-broken car, Cami assumes her driver is up to something bad. As their dreadful night wears on, though, the pair learns their troubles are really the work of a supernatural entity called the Toll Man. He deals in death and will do whatever it takes to turn Cami and Spencer against each other until he gets what he wants.

After scripting the overlooked doppelgänger movie Head Count, Nader flexes his fingers as a director. His first outing is a fair mixture of both horror then and now. The basic story at the core of The Toll could be timeless had it not been for the obvious tech talk and usage, but what dates this is the kind of blunt exposition so often infesting modern horror. Overly explanatory and much too invested in spoon-fed answers, Nader falls into the same trap as his contemporaries when addressing the supernatural. He doesn’t trust in his story or the audience who can deduce these things on their own. For instance, having a random character show up just so they can spell out what’s going on rather than letting Cami or Spencer figure it out themselves, saps the movie of mystery.

There are some initial hurdles to get over when watching, but once you’re on the other side of things, the movie improves greatly. What helps is the setting; a secluded, bucolic area trapped in eternal darkness always allows for ample and effective atmosphere. There is tension everywhere — either from the characters’ interactions or their environment — to keep viewers on their toes. Although the movie indeed starts to unfold into a series of creepy, unrelated set pieces like a reduced Silent Hill, those disorienting and many times aggressively poignant moments add up to some real suspense. These fragments of materialized fears and old pains all amount to an endless and feverish nightmare.

Persuasive performances also offset the script’s weaker areas. Hayes plays the cautious passenger whose past is exploited by the Toll Man; we learn there are reasons why she is so immediately distrustful of Spencer. How the villain plugs into Cami‘s history and uses it against her is a very-now way of expressing relevant themes in today’s arena of socio-conscious horror. There were enough clues ahead of time to make us assume this was the case, and the movie’s best use of ‘show, don’t tell’ is whenever the villain weaponizes Cami‘s suspicions. Your heart goes out to her as the foundation of her anxiety is preyed upon so evilly. Spencer, on the other hand, seems the most one-note when comparing the two leads, but make no mistake, his character is not all skin and bones.

The story here occasionally feels all too familiar and is weighed down by overwriting; having us assume what’s happening is more productive than plainly telling us. Given all that, the surreal horror of The Toll is made more distinct by a spooky setting rigged with emotional landmines and frenzy. Concrete and eerie ambiance, not to mention a pair of solid performances, all help drive up the price of Nader’s first — and hopefully not last — feature.

“…occasionally feels all too familiar and is weighed down by overwriting [but] is made more distinct by a spooky setting rigged with emotional landmines and frenzy.”

The Toll arrives in theaters, on-demand and digital on March 26. Share your thoughts on the movie with the Nightmare on Film Street community over on Twitter, Reddit, Facebook, and in the official Nightmare on Film Street Discord. Not a social media fan? Get more horror delivered straight to your inbox by joining the Neighbourhood Watch Newsletter. 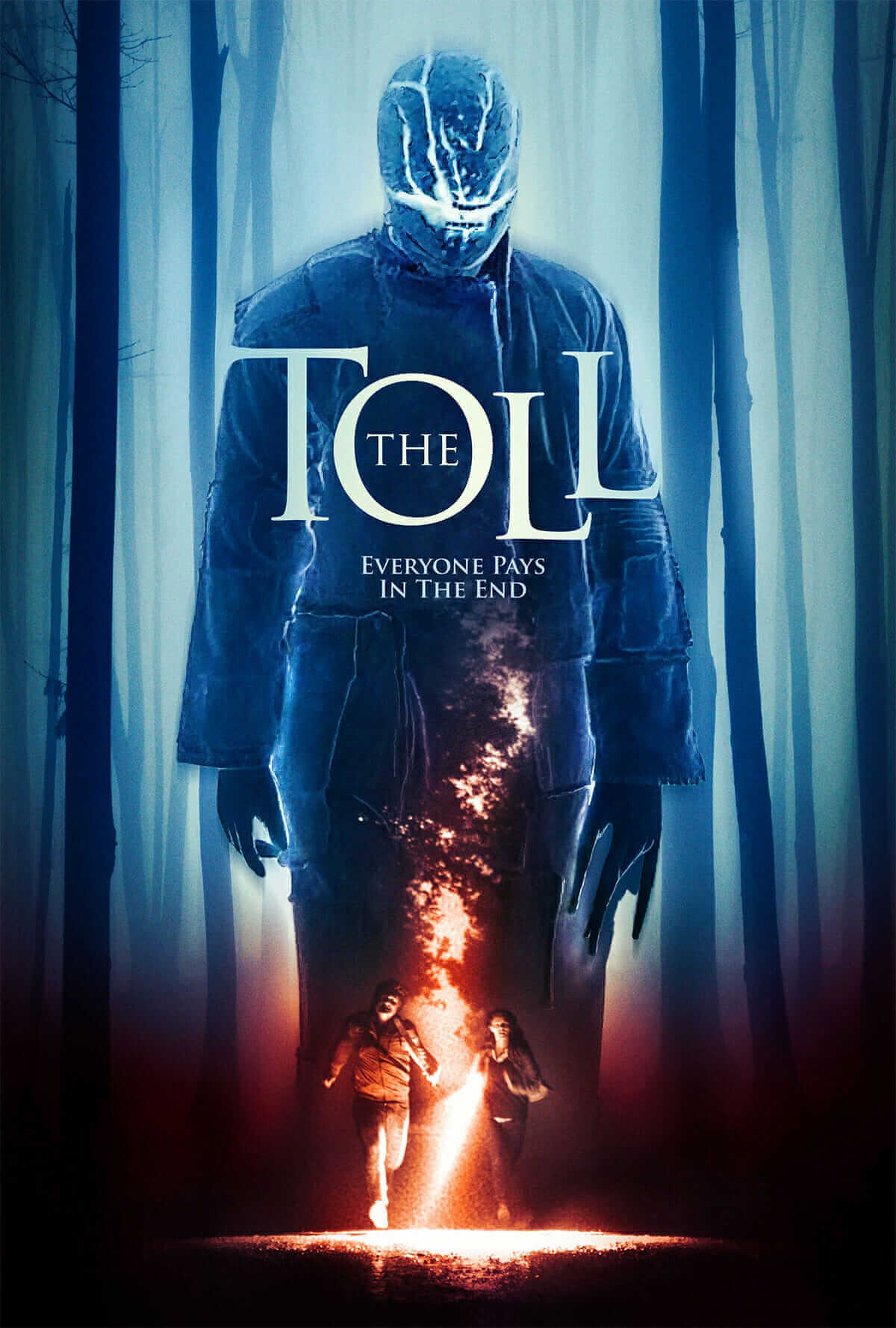 TLDR Overly explanatory and much too invested in spoon-fed answers, Nader falls into the same trap as his contemporaries when addressing the supernatural. There are some initial hurdles to get over when watching, but once you're on the other side of things, the movie improves greatly. The surreal horror of The Toll is made more distinct by a spooky setting rigged with emotional landmines and frenzy. Concrete and eerie ambiance, not to mention a pair of solid performances, all help drive up the price of Nader's first — and hopefully not last — feature.