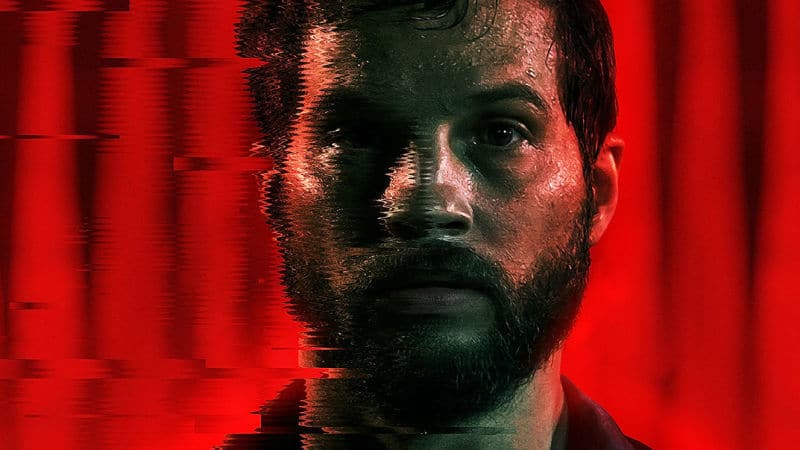 [Rewind & Revisit] Why UPGRADE is A High-Octane Body Horror

Body Horror, the subgenre of film we force upon ourselves knowing we will cringe and look away with every gory scene. It kisses all preconceived knowledge we have of the human anatomy goodbye, planting a grotesque agency within our world of physical recognition and comfort. Rarely is it a theme found within films packed with thematic action and electrifying adrenaline. These don’t typically waste time showing the audiences the outcome of standing in the middle of an explosion or the mutilation caused by a head-on collision. Recently, Leigh Whannell’s edgy action film, Upgrade, has drawn attention from viewers as it presses scary movie essentials, octane-fueled thrills, and the mysteries of identity into the mold of a successful, contemporary body horror film.

In Upgrade, we see a talented Logan Marshall-Greene (The Invitation), go from corner-brooding mute to a full-blown powerhouse. He plays Grey Trace, an average man who falls victim to tragedy when his wife is murdered by a gang of muggers leaving him completely physically disabled. At his lowest point, Grey is approached by one of his clients, Eron Keen, a technology developer for the company Vessel. Eron offers a desperate Grey use of his latest advance in AI progressions, an implanted auxiliary brain implant that will restores his control over his body named STEM. Grey agrees with hesitation, but it is not long before STEM develops some agency of its own and leads him down an extremely vicious path of vengeance.

“[Upgrade] presses scary movie essentials, octane-fueled thrills, and the mysteries of identity into the mold of a successful, contemporary body horror film.”

Categorically speaking or not, the premise of Upgrade focuses on one man’s body and the damage he creates both voluntarily and involuntary- to himself, and others. Everything about the film revolves around the horrific destruction at the hands of one man’s alternative physical actions due to experimentation. If this theme was not already cemented as a subgenre favorite before, it would be moving forward, with Upgrade at the forefront savagely maiming its way through supplementary additions.

First, I’d like to look at how we define ‘body horror’ as a subgenre. The term alone conjures up unforgettable images from classics like Alien, The Thing, Videodrome, and The Fly, yet continues to reach more modern faire like Black Swan, Tusk, and Spring. Body horror films are generally comprised of three major elements: effective gore, an occurring metamorphose, and the subject’s inability to control the changes they are experiencing.

So does Upgrade fit the criteria? Hell yeah it does! As far as I’m concerned, Upgrade not only meets the qualifications of the subgenre, but elevates the standards by creating an ultimate horror-sci-fi-action film KO to its predecessors. Let’s take a look at the evidence punch-by-punch.

Body horror is primarily defined by its “gross out” moments. The ability to make audiences retract in their seats and tread the line of nausea is as powerful as the terrifying force our heroes fight against. Attracting viewers, keeping them, and making them squirm all the while, is a very distinctive quality to have as a filmmaker. It’s one Whannell takes obvious pride in, yet successfully refrains from exploiting. His rare talent awards viewers with enough gore and carnage to keep peak interest, always wanting more.

There is no shortage of blood, guts, and entrails in Upgrade. Grey’s body physically annihilates anyone that dares to combat him in brutally creative ways. Despite his hatred and thirst for revenge, Grey finds himself mortified by the outlandish intensity in which STEM commits murder. It remains unique in that a majority of the violence is at the hands of our protagonist. Despite being ultimately unable to control his functionality, Grey’s body is the assaulter. Between the expertly choreographed martial arts fight sequences and the bloody mess they leave behind, Upgrade lands satisfyingly between bloody and sickening. It proves that you don’t have to nauseate your audience to create a stellar body horror film. Body horror would not be a solid category within the horror genre without the staple notion of a clear and present physical change occurring within the characters. Transformations, mutations, and alterations of the body have been used within film as motifs for grander themes left to each viewer’s interpretation. Body horror stories deliver on the appealing (and appalling) special effects when the subject succumbs to a degenerative change, yet analytically pursues higher level comprehension of the filmmaker’s purpose. Upgrade obviously lives up to the standards of gore and effects visually while simultaneously playing on identity tropes.


The change within Grey is not only present, but is virtually clear as a human computer augmentation takes him from an average mechanic and family man to automatic weapon of bodily destruction. Vessel uses its proprietary method of controlling Grey’s body, but his metamorphosis from a stationary, broken man to a vengeful, energized ninja is only one of a few ways in which he is altered. When STEM decides to take over completely, Grey is faced with the challenge of surrendering his vessel to the AI or fighting to maintain his body and his mind as an individual. Upgrade fulfills the genetic makeup of the body horror subgenre by constructing multiple layered metamorphosis throughout the film using quality effects to display the literal transformation and pairing them to a story revolving around identity stability, life changes, and the struggle to emotionally maintain both in our given environment.

One of the prevalent factors that caused me to connect Upgrade to this specific subgenre was the initial ‘body horror’ taking place well before Grey has the STEM AI planted within him. When Grey is shot and left for dead his damaged spinal cord leaves him in a wavering quadriplegic condition. Grey begins this story with little to no control of his body and it only progresses into more literal forms of powerlessness from there.

In a moment of physical and mental vulnerability while confronting one of his attackers, combined with a mistrusted sense of power, Grey hands over control of his body to the implant completely. The STEM auxiliary brain takes over completely delivering the goods on bloody revenge in consistently horrific action sequences. leaves audiences, like Grey, shocked and a little disturbed.

“Upgrade finds that the most horrific elements of the world are found right within our own bodies, whether we are in control of our actions or not.”

STEM slowly becomes its own identity within him in an all new effort to go through its own technological body horror transition from AI to human. Control jumps between Grey, Eron, and STEM in a twisted ending that proudly plants itself in body horror fashion. As one of the more integral elements to the body horror subgenre, Upgrade demonstrates a taut play on identity and control, or lack thereof, from its meaningful start to its gutsy finish.

If you’re into augmenting your mind with an action-packed body horror, Upgrade is the twisted, entertaining solution. Whannell continues to stand tall within the subgenre he modernized as he powers up each thematic level of this intriguing, interpretive theme. As he’s done before, Upgrade finds that the most horrific elements of the world are found right within our own bodies, whether we are in control of our actions or not.

Are you a fan of Upgrade? Do you believe it fits within the motifs of body horror? Let us know your thoughts, not those of an AI implant, over on Twitter, Reddit, and in the Horror Movie Fiend Club on Facebook.