The Maximum Force of The Future: Celebrating The Legacy of George Miller’s MAD MAX 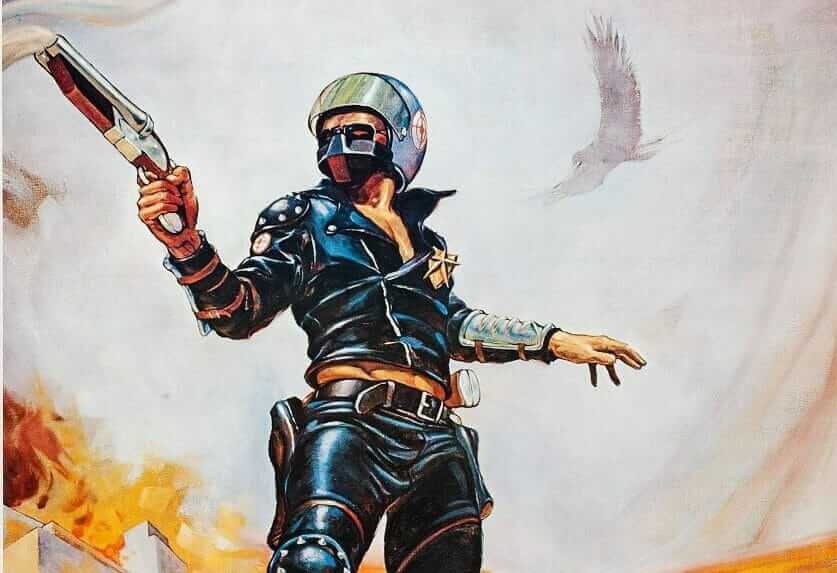 Growing up, I viewed the original Mad Max as corny and cheesy and incredibly slow-paced. Suffering from the fact I had already watched The Road Warrior (1982) combined with the mind-blowing decision to dub the voices, the original film felt inferior even when compared to the third film in the series, Mad Max Beyond Thunderdome (1985). Thankfully, in 2000, MGM finally gave the original Mad Max the love it deserves, and after twenty years, the original Australian dialogue (yes, the U.S. didn’t hear Gibson’s voice in this movie until 2000) was added back into the film. This allowed me the opportunity to revisit this dismissed movie for the first time since my childhood.

Immediately I recall being floored at how different the tone was. Not only in the way the original dialogue changed the film, but in shaking my exceptions for what I had associated with Mad Max movies. The Max we meet at the beginning of this film is a different man from the one moviegoers would become familiar with. An incredibly young Gibson plays Max as a good man on the edge of losing control. The Max here is burned out and fears of becoming that which he hunts. Despite bribes and pleas from his friends and superiors in the MFP (Main Force Patrol), Max decides it’s time to settle down. But can a man who lives life on the edge find happiness by slowing things down, especially with society crumbling around him?

For those unfamiliar, Mad Max is set “a few years from now” where society is on the verge of collapse. During this time, the Australian highways are ruled by looters and murderers as they stalk and terrorize the innocent in search of gasoline. As the film opens, a vicious baker nicknamed Nightrider has recently killed a rookie officer and has fled in his Pursuit Special, outrunning the other MFP officers. He is eventually caught by Max and dies in a violent crash. The death of Nightrider and an incident involving the capture and trial of Johnny the Boy leads Toecutter (the new gang leader) to wage war on the MFP and Max.

After the trial, Goose (Max’s partner) once again encounters Johnny the Boy, who tampers with his pursuit bike which leads to a crash. After the collision, Goose is ambushed by Johnny the Boy and Toecutter while transporting his damaged bike and his burned alive. After a hospital visit and the sight of Goose’s severely burned body, Max informs his superior that he is retiring from the MFP. However, he is once again talked out of retirement. Instead, he decides to take a family vacation, and think over his future. While on vacation, Max’s wife Jessie and their baby encounter the biker gang. Now led by Toecutter, the gang follows the couple back to their vacation farm and attacks Jessie, who flees the farm with the help of May (the farm owner). During their escape, the van overheats, and Jessie and baby attempt to flee on foot but are run over by the gang.

Unable to move on from the loss of his family, Max gives in to his rage and hunts the gang using his black Pursuit Special. After several high-speed chases and multiple crashes, Max eliminates the gang until only Johnny the Boy remains. Max finds Johnny and handcuffs him in a wrecked vehicle, setting a lighter near the leaking gas and tossing Johnny a saw, thus giving him the choice of sawing the handcuffs or his ankle to escape. Max drives away as the vehicle explodes, killing Johnny, and setting Mad Max loose on the Australian roads.

While The Road Warrior rightfully gets credit for jump-starting a sub-genre and inspiring countless knock-offs, the original Mad Max remains an uncut gem of action/sci-fi that I’m glad I revisited. Since the MGM DVD release in 2000 and the excellent Shout Factory Blu-ray from a few years ago, I’m confident in saying that I have watched this Mad Max movie more than any of the other films. I love the sense of dread and sadness found in the fact that by forcing himself to change is what ultimately dooms his family.

The world now generally identifies Mad Max with leather-clad villains roaming a desert wasteland, but Miller’s decision to set the film on the brink of the apocalypse is not only ingenious but works perfectly with the movie’s $400,000 budget. With gritty action, incredible stunt work, an understated and sympathetic performance from Gibson, Mad Max holds up incredibly well, and strangely, it feels more relevant today than when it was released in the U.S. on February 15, 1980.

What are your thoughts on George Millers Original Mad Max? Did you see this film before The Road Warrior? Share your thoughts by heading over to Twitter, Reddit, or in the Horror Movie Fiend Club on Facebook!
​