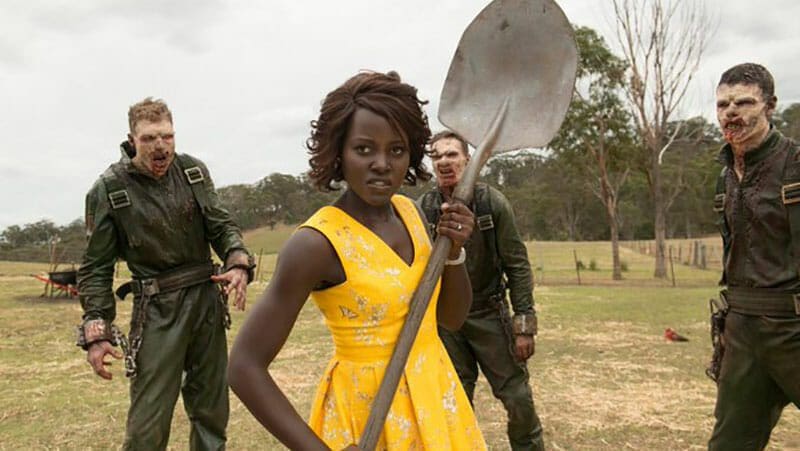 It’s a glorious time to be a zombie comedy fan. (That is, a fan of zombie comedies. Although being an undead stand-up aficionado might be cool too.) Zombieland is back with a sequel after a ten-year gap, indies like One Cut of the Dead are challenging the format of zombie movies. Hell, we even got a zombie Christmas musical from last year’s Anna and the Apocalypse. Now, Academy Award sinner Lupita Nyong’o is taking her own stab (bash?) at this horror subgenre, with the Hulu-exclusive Little Monsters header for a release this October. Check out the red band trailer here:

In what promises to be a dark-as-night comedy set at a sunshine-bright children’s camp, Little Monsters provides zombie survival flicks with an all new challenge: how do you protect a school trip in an undead apocalypse? Us star Nyong’o seems to carry the practical weight of that danger as the kids’ teacher/main protector, while comedy vet Josh Gad (Frozen. Yes, Frozen) plays a more reluctant protector as the camp’s mascot. The cast is rounded out by Alexander England, whose previous credits include Alien: Covenant and Offspiring. The project is directed by Abe Forsythe, and will be hitting select theaters on October 8th. The film will then have a streaming debut October 11th, just in time for the Halloween binges we know you have planned.

What are your thoughts on the Little Monsters trailer? Are you excited for the movie? What’s your favorite film out of the zombie comedy genre? We’d love to get your thoughts over on our Facebook, Instagram, and Twitter pages. And hey, when you’re there, why not give us a follow? We’ve got all the best horror movie news, reviews, and interviews, so keep lurking at Nightmare on Film Street.