6 True Crimes That Deserve Their Own Horror Movies

Horror writers and filmmakers are not shy about taking inspiration from the horrific true crimes of real life. From the murder of the Lutz family in The Amityville Horror, to the skin-wearing habits of serial killer Ed Gein inspiring The Texas Chainsaw Massacre, there has been no shortage of true crime source material for fictional works of horror. Yet, these movie-makers and writers have a plethora of over-looked true crimes for inspiration for future horror flicks. Now, the point of looking at true crime for horror inspiration is not to make light of the events but to draw important story elements from the case or even share awareness of the real story by fictionalizing the true events. Here are 6 true crimes that should have their own horror movies.

The Monster Of Florence

The Monster of Florence is a serial killer who is responsible for the killings of eight different sets of couples between 1968 and 1985. This killer has a unique and terrifying MO. He hunted couples who were having intimate moments alone in their car parked miles from civilization. The Monster of Florence killed both male and female victims yet, the females’ bodies were usually found violently and ritualistically mutilated with parts of their bodies taken as trophies. Strangest of all, he would drape the female victims’ necklaces over their faces before leaving.

To add to this already terrifying situation, no one has found the Monster of Florence. This case has stumped investigators for decades. The Italian authorities even arrested several suspects over the course of many years only for more killings to happen while the suspects were in custody. While the Monster of Florence has been mentioned in the book, film, and television retellings of Hannibal, the mystery and strangeness of this serial killer warrants his own horror movie. Maybe the widespread exposure of this true crime would eventually lead a break in the Monster of Florence after all this time.

Richard Chase (The Vampire of Sacramento)

There are many true crimes that involve vampire serial killers but this one has quite the creepy factor to it. Richard Chase is responsible for the death of six people in the mid-1970s. Chase held strange beliefs believing that drinking or consuming blood and raw meat would prevent his heart from shrinking. Before he started targeting people, he ate animals he caught raw and was even sent to the hospital after injecting himself with animal’s blood. Soon after, Chase started targeting people to drink their blood.

In his final act, he killed two adults and two children. He was caught in the act by a six-year-old girl. She was able to run from the scene and alert police. Richard Chase killed himself in prison before his death sentence could be enacted. Some movies and television shows have been loosely based on Chase’s actions, there hasn’t a major film that fully takes on Chase’s crimes or mindset. A horror movie told from both Richard’s perspective or from the perspective of the little girl who came across the murder scene would make for a terrifying night at the cinema.

This true crime takes us across the pond to Manchester, England. The murderous paramours Ian Brady and Myra Hindley killed five children and teenagers in the late 1960s. The couple buried their victims in the Saddleworth Moor. What makes Brady and Hindley different from the other killers on this list is how they operated. While some of other killers did have planned attacks, the couple were coldly methodical in their approach. They purposefully picked children or teenagers who would be less likely to fight back or might be labeled a runaway when reported missing. The couple would either take their victims to the Moors straight away or keep them as a prisoner in their homes while they were tortured, sexually abused, beaten and eventually killed. Hindley’s compliance with these acts earned her the title, “Most Evil Woman in Britain.”

The Ian Brady’s strange philosophy is part of the reason why their true crimes would make a good horror film. Not only was he a Nazi sympathizer, he misinterpreted the writings of famed philosophers to mean that a true independent man is entitled to disobey society and the government by killing. Brady pushed this strange philosophy on to Hindley which is why she so readily agreed to assist with the murders. Hindley’s brother-in-law alerted the police to their misdeeds when they tried to convince him to join in on their killing spree. Eventually, both Brady and Hindley died in prison due to medical reasons. The warped mindset of Brady and the outright obedience of Hindley would make for a good source of inspiration for a horror film.

Luka Magnotta is a Canadian murderer who launched an international manhunt after he killed college student, Lin Jun in 2012. He even sent parts of Lin’s body to several elementary schools and political offices in Canada. To make matters worse, Magnotta filmed the murder and posted it online. He even advertised for it on social media in the days leading up to the murder.

Magnotta used several aliases and over 70 fake Facebook accounts to promote himself as a male model and porn star. He also used these accounts to post videos of violent acts against animals and the murder of Lin Jun. A few weeks later, Magnotta was found by officers in Berlin while using an internet café to look himself up online. After which, he was sent back to Canada where he is now serving a life sentence. Horror filmmakers can use the true crimes of Luka Magnotta to create a film that shows how narcissistic killers can become more dangerous with the invention of the internet and social media as the fame they crave is only one click away.

The Missing Poster for Brandon Lawson

The disappearance of Brandon Lawson is one of the most discussed true crimes online. Brandon Lawson was a 26-year-old man who went missing in rural Texas on August 8th, 2013. But, for one particular reason, this missing person case stands out from the hundreds of missing persons reported each year.

Lawson called 911 before his death and the recording of his last words provide clues to what happened to him. Many factors including Brandon’s thick accent, poor sound quality and an inexperienced 911 operator make it hard to decipher what exactly Brandon is trying to communicate. It is clear Brandon is telling the operator that his truck ran out of gas, he came across other people and needed the help of the cops. Exactly who he ran into or what type of danger he was in can’t be fully determined. Armchair detectives have posted their many interpretations online. His remains have not found. A movie based off this true story could be fascinating. I know I would like to watch as either detectives or true crime enthusiasts try to crack the code of the mysterious 911 tape a missing person left behind.

If hundreds of people were going missing each year under strange and unusual circumstances you’d think you would have heard about it. Well, that’s exactly what Missing 411 is trying to do. Hundreds of people have gone missing in National Parks and heavy wooded areas across the United States and Canada. But according the Missing 411, the National Parks service is trying to keep news of them under wraps. What makes these cases of missing people even more strange is that these people will occasionally reappear. Search and rescue workers find the missing people either living or dead in areas they just searched. Those who are still alive have no memory of what happened. Those who are dead don’t always show clear signs of what caused their death.

Are these disappearances a government cover up or something paranormal or extraterrestrial? This true crime is especially creepy as no one is immune being a victim of these strange disappearances. Who is abducting these people and why? A horror movie based on the idea of people missing and reappearing would be sure to terrify audiences.

Are there any other true crimes that you think warrant their own films? Tell us about them in the comments below! 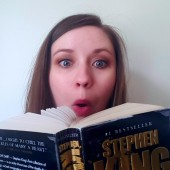