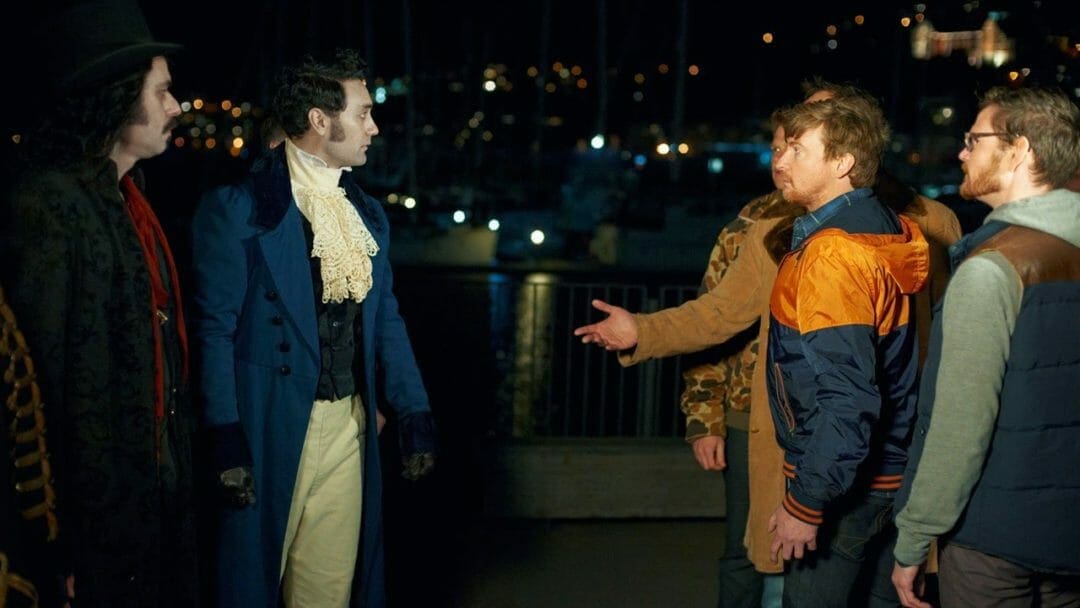 What We Do In the Shadows is riding high at the moment thanks to the hilarious FX spin off show. If you’re a fan of both the movie and the show, then you know that the vampires from that universe have a ongoing feud with the other creatures of the night, the werewolves.

There’s been ongoing talk from Shadows’ creators, Jemaine Clement and Taika Waititi, that a film or tv series is in the works for the werewolves titled, We’re Wolves. The talk spans back to 2016, post-movie and very pre-tv show. Now that Shadows is in the spotlight, the talks have resumed.

IndieWire reports that while speaking at an FX Emmy’s For Your Consideration event, Waititi had this to say:

We’re Wolves is the film that Jemaine and I keep pretending that we’re making. Every couple of years we say, we’re making this new film called We’re Wolves, which follows the werewolves from the film. I feel bad to even mention it now because we keep saying it, [but] it’s like a dad saying, ‘Yeah, I’ll be home for Christmas‘. I suppose we’re just two dads out on the road enjoying our lives and going, ‘We’re not coming home for Christmas.’ We’ll send a postcard. It’s not like we don’t want to come home for Christmas. We would like nothing more but we have a lot of shit going on.

That’s not a lot to howl about, eh? But wait . . . when asked if there was a timeline for the werewolves, he responded, “When are you going to die? Do you have a … deadline before your death? I guarantee it before then. Five years, 10 years? It took us seven years to write the [first] film, so you do the math. That was a sad thing to say.”

Ah fu- …okay, “werewolves, not swearwolves.” We must remember how incredibly blessed we are that Waititi and Clement are able to give us an expansion of their film with the incredibly hilarious TV show. In a world that is so overrun by greedy fans, it’s good to take a deep breath, and appreciate what is being given.

So take your time, guys! Whenever the right full moon comes around, hopefully we’ll get We’re Wolves. Would you like to see We’re Wolves take shape? Would it be overkill at this moment in time? Let us know your thoughts over on our Twitter, subreddit, or The Horror Movie Fiend Club on Facebook.