Disturbia, or “the dark side of a good, suburban neighborhood”, is a place often visited in the horror genre to portray warm, welcoming environments built on top of wrong, wicked layers (sometimes quite literally). Horror is at home in the suburbs simply because good and evil coexist next to one another in sheer cinematic harmony. The seemingly sweet landscape of cookie-cutter homes, smiling faces, and white picket fences promotes strong domestic values, but really serves the makings of ghosts, creatures, murderers, and debauchery of all sorts in the most unpredictable of ways.

Filmmakers and storytellers alike utilize the uniformed communities to place their evils, but often mirror the threats of make-believe with the ones already existing deep within the neighborhoods and homes that make up Disturbia, USA. When it comes to the terrors lurking beneath the surface of manicured lawns and fresh paint, the following 10 Horrors Hiding in Suburbia reflect more realistic subject matter that endangers the nuclear family’s American dream. If you are looking to truly be frightened, sometimes all you have to do is walk across the street… or tear up some floorboards.

10. Responsibility and Homicidal Parents in Mom and Dad (2017) The first set of role models you should be able to trust in your suburban setting should be your parents. Brian Taylor’s (Crank) Mom and Dad reverses familial expectations and puts our most beloved figures in murderous roles without much rhyme or reason. Exploring the pressures of being trapped with responsibility, aging, and the elements of a typical midlife crisis, Mom and Dad exposes some of the more ugly sides of parenthood and the angle of emotions hidden by the very representatives of Suburbia. No one is really safe if Nic Cage is in the neighborhood, let alone the suburbs. Like the happy, warm exterior of suburbia, there’s a menacing side to the cute little fuzzy mogwai brought home as a Christmas gift in Joe Dante’s (The Howling) dark comedy, Gremlins. When the adorable foreign entity was brought into the simple town of Kingston Falls and the rules were broken, madness and chaos ensues. Gremlins reflects the contrast of our society, from its big-picture meaning down to the mock personalities the creatures take on. Kingston Falls, New York was definitely not prepared for uninhibited havoc. It’s no wonder why the gremlins moved onto The Big Apple. Herrington High School of Ohio embodies the typical teenage culture of small town America in Robert Rodriguez’s (From Dusk till Dawn) sci-fi horror, The Faculty. Between stereotypes, social influence, and coming-of-age pressures, the themes represent daily challenges our young people face while struggling to make it through their formative years with a forced go-get-em attitude. When an alien presence begins to take over the students one by one, turning them the best versions of themselves, it’s ‘game on’ for the few who chose to maintain their identity. The Faculty shows that community outreach doesn’t stop at the end zone.

7. Group Think and Freddy Krueger in A Nightmare on Elm Street (1984) Groupthink can be a powerful concept used for good or for bad… sometimes it’s a common congregation for the gray area. When the residents of Elm Street corner a local child murder and kill him, friendly neighborhood camaraderie and cold-blooded murder skip rope hand-in-hand. Wes Craven’s (New Nightmare) A Nightmare on Elm Street literally manifests the content of bad dreams in his iconic villain born of some suburban community vengeance. We can all agree that Freddy Krueger was a monster, but the mass amounts of parents bent on revenge can’t hide the blood on their hands for long. Bad guys beware: There’s no telling what a group of angry suburban parents are capable of. Speaking of neighborhood camaraderie, paranoia can be just as infectious as vengeance. They say every murderer lives next door to someone, but you’d never truly believe they existed on your own block. That is, until the evidence starts to pile up. Joe Dante returns to suburbia with his intentionally lighthearted, black comedy, The ‘Burbs, pits one man’s suspicions against his better judgment when some unsavory new neighbors take up residence in his close-knit cul-de-sac. The neighbors are weird, strange, different, they keep to themselves, and participate in some unusual landscaping in the late hours of the night, but are they serial killers? When communal gossip and paranoia settle on the same block, the quintessential street of Mayfield Place to be exact, there is only room for pandemonium… and some potential satanism. Richard Kelly (Southland Tales) knows how to convey the problems and troubles that lay dormant in an average town. Jumping through time and space is not easily feasible for a film if you’re aiming for accuracy, but his unique terror, Donnie Darko, manages to flawlessly place the ‘disturb’ in ‘disturbia’. Middlesex, Virginia is a sterling example of a quaint town shrouded in dread and mystery that we can all relate to. Between tense family matters, teenage isolation, tragic confusion, and even some lewd sexual misconducts, the environment serves as a playground for the more ugly, yet real, sides of life itself hidden in plain sight. The narrative poses just as many ‘why?’ questions as those we find ourselves asking each and every day. 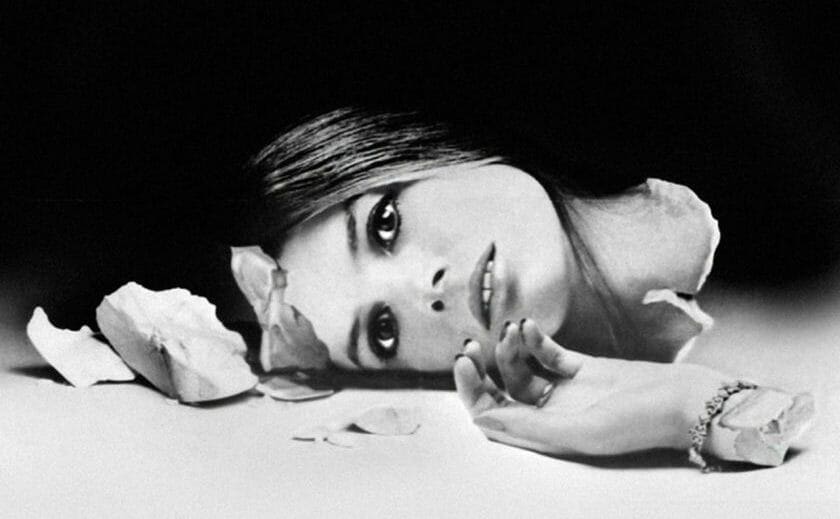 Perky. Oblivious. Superficial. Dependent. Obedient. Stereotypical trophy wives are the real hidden horrors of suburbia, aren’t they? I’m just teasing… somewhat. It’s truly frightening to find out that not only is your spouse not who you think they are, but that they secretly want to change who you are as well. Adapted and later remade from Ira Levin’s novel, Bryan Forbes (Seance on a Wet Afternoon) and Frank Oz’s (Little Shop of Horrors) The Stepford Wives is a scary social satire, but speaks to some of the more traditional values that men and living communities hold onto still to this day when it comes to women. Luncheons and heels and augmentation. Yikes. Murder is always a horror that no one is prepared to handle, especially a small quiet suburban community like Woodsboro in West Craven’s meta-slasher, Scream. When is sensational murder mystery hits the California town, it makes a huge splash and draws attention from the likes of police, media, and residents alike. When push comes to stab, the reveal behind the killers in their motives is a scary reminder that not everyone is as they seem. The realist form of evil we can encounter comes from reality. Craven captures the hidden fear that revolves around who could be behind Ghostface’s mask. Evil lurks in every corner of the world, especially, yet surprisingly, the suburbs. Focusing solely on John Carpenter’s (The Thing) initial Halloween film, Micheal Myers stalks the streets of Haddonfield, Illinois committing a slew of unexplainable murders to get to one specific babysitter for reasons unknown. Maintaining control and peace amongst neighborhoods is hard to do when The Shape’s simplistic, primal nature of evil goes trick or treating. From a young age, Micheal Myers has only two things on his mind: murder and Haddonfield. The scariest part is that sometimes these things happen where you least expect them to… and not just on Halloween.

There really is no other film that captures the sheer morbid terrors within the picturesque view of suburbia quite like Tobe Hooper’s (Salem’s Lot) Poltergeist. Horror is literally buried directly beneath the white picket fences that line rows of homes promoting the nuclear family structure of Reagan-America. With mistakes of the past hidden beneath a shining exterior, it’s no wonder the dead are royally pissed off with cohabitating the same space with their human counterparts. The wicked supernatural forces at work in the Freeling home cause viewers to question between one of two evils: haunting ghosts or human ignorance? They might be one in the same…

The next time you are pulling into your quiet neighborhood and wish for more adventure, keep these towns in mind. We can fear figures like Freddy Krueger and Michael Myers, even creepy little clown dolls, but this list of films is a heavy reminder that ideal, and sometimes mundane, spots on the map can house the most natural and carnal forms of malice. It’s hard to outrun responsibilities, isolation, paranoia, and ignorance. Basically, all of the more nefarious elements submerged within the suburbs of horror point to one thing: We can hide it, we can fight it, and we can even move it, but evil always manages to find its way home.

What are your favorite suburban horrors? Which hidden evil is the scariest? Let us know your thoughts over on Twitter, Reddit, or in the Horror Movie Fiend Club on Facebook!