Joining prime examples of the power of good filmmaking is director Zoe Wittock’s Jumbo, a film with a truly bizarre premise that moved me through the sheer power of storytelling. It’s not unlike The Shape of Water (2017) in the way it makes the viewer deeply, emotionally invested in a strange love story that defies the laws of nature. Yet Jumbo takes the beauty and the beast concept one step further than Guillermo Del Toro’s tribute to Creature from the Black Lagoon (1954) and marries it with the summery nostalgia of Adventureland (2009). Because Jumbo is about a woman who falls in love with a Tilt-A-Whirl. And before you spit out your drink and stop reading, let me assure you that this movie will have you rooting for this woman and her carnival ride soulmate to make it as if they were Romeo and Juliet.

Jumbo follows a shy young woman named Jean (Noemie Merlant, Portrait of a Lady on Fire) who lives with her single mother and builds models of carnival rides in her room. Socially awkward and withdrawn, Jean seems to have a special connection with the “souls” of inanimate objects. In one subtle moment, she holds a rock to her ear and hears a heartbeat within. Jean begins a summer job as a night cleaner at the seasonal amusement park in her town, where she finds herself drawn to take special care of the park’s new Tilt-A-Whirl. She names the ride Jumbo and is surprised when the machine appears to come to life and communicate with her at night. As Jean builds a relationship with Jumbo, a transformative and challenging romance begins to form.

“….a testament to the power of cinematic storytelling”

Jumbo is a wonderfully constructed film from the get-go, with a retro-infused contemporary setting that alludes to the magical films of the 1980s where young people formed impossible friendships. The film channels classics like E.T. (1982), where young outcasts form secret bonds with unbelievable discoveries that they must keep secret from the cynical world. There is even a hint of Christine (1982) in the slow reveal, somewhat frightening at first, that a machine can have a soul and autonomous will. Jumbo works as a love story because it so wonderfully echoes previous films of unlikely bonds and magical objects. So when it takes it to a romantic and even erotic place, we are ready to follow. As a filmmaker, Wittock knows what emotional buttons to push, and she uses them to brilliant effect.

The performances are crucial to making the whole thing work, and Noemie Merlant sells the entire premise with such heartwrenching sincerity we can’t help but be swept away. Her Jean is so beautifully dreamy, so convincingly separate from the world of people, and so heartbreaking in her sincerity. We don’t even care if her magical communications with Jumbo are all delusions — although her interactions with the ride are so magical, I came away fully believing them. Delusional or not, we understand that Jean doesn’t belong with people and we want her to be free to love her mechanical paramour. And when the real world begins to close in on her, it’s heartbreaking. 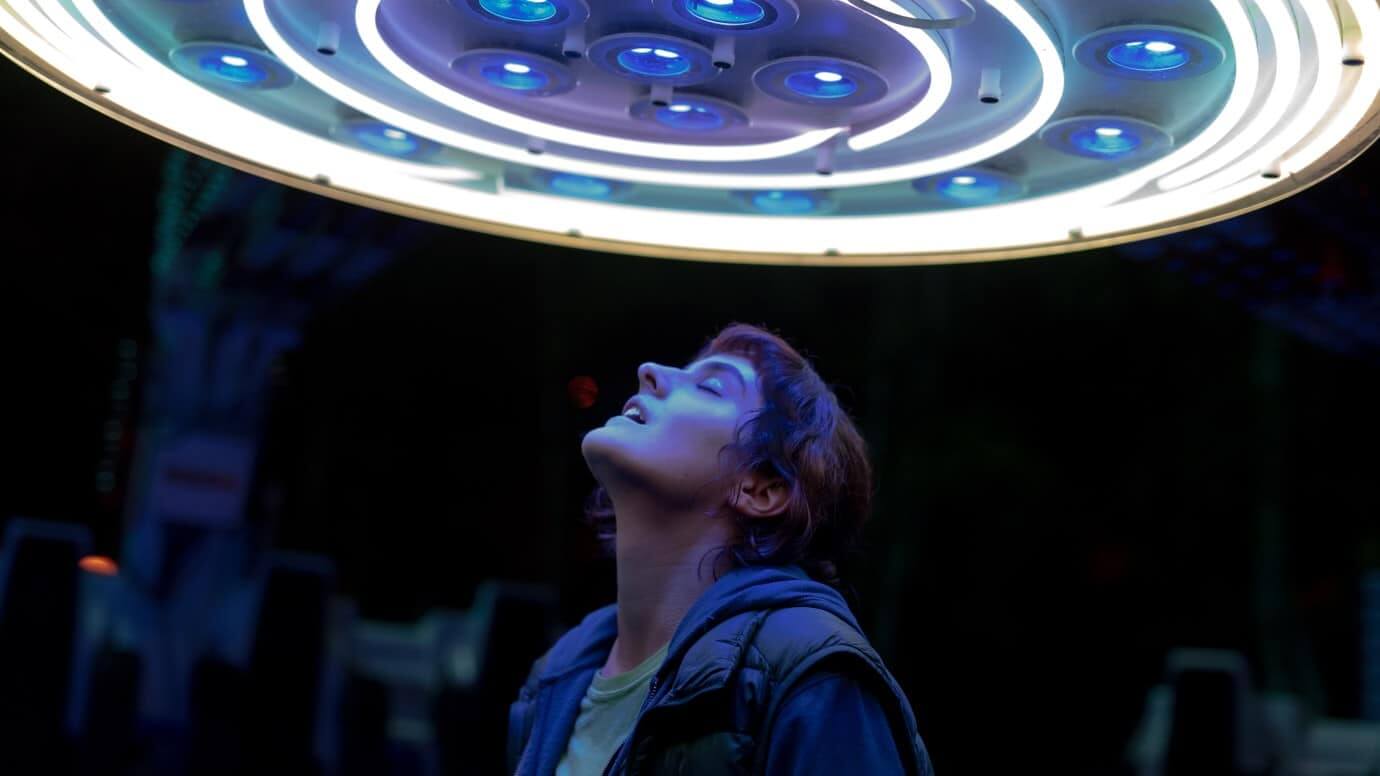 Emmanuelle Bercot is great as Jean’s mother, a woman still reeling from the heartbreak of her breakup with her only child’s father. Her relationship with Jean adds a crucial human element to the story as she struggles to accept that her strange daughter will never find the “normal” happily ever after she so desperately projects on her. The different reactions from the people in Jean’s life as her strange relationship is discovered are the true emotional conflicts of the film, and the spectrum of hate, disgust, and acceptance are the core of the story.

At its essence, Jumbo is a testament to the power of cinematic storytelling. Zoe Wittock understands filmmaking in all its intricacies and uses her skills to make a movie so sweet and touching, we don’t think twice when we find our brains rooting for a woman to run to her Tilt -A-Whirl true love. We find ourselves cursing a world that doesn’t want a girl to be with a carnival ride with the same passion we feel during any good star crossed love story. And when we catch ourselves, we’re delighted by how far we’ve fallen under cinema’s spell. And isn’t that a testament to the power of a good story? If we can believe a boy can form a friendship with a squishy brown space alien, why can’t we believe a girl could find true love with a Tilt-A-Whirl? The answer, from the sweet, earnest point of view of Jumbo, is that film makes anything possible.

“If we can believe a boy can form a friendship with a squishy brown space alien, why can’t we believe a girl could find true love with a Tilt-A-Whirl?”

Jumbo was an official selection of the 2020 Virtual edition of the Chattanooga Film Festival. Be sure to check out all of our Chattanooga 2020 Coverage HERE, and let us know what your favourite films at this year’s fest are over on Twitter, in the Nightmare on Film Street Subreddit, and on Facebook in the Horror Movie Fiend Club! 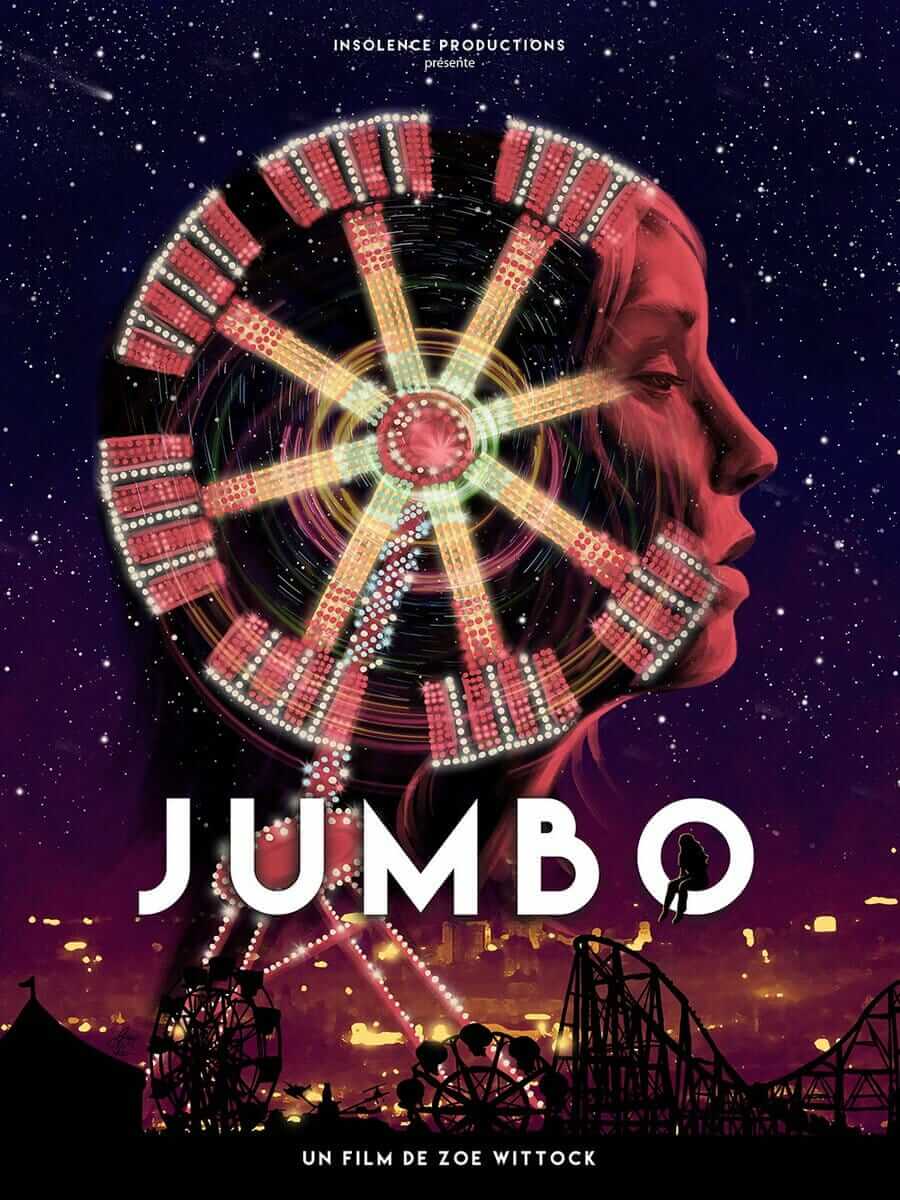