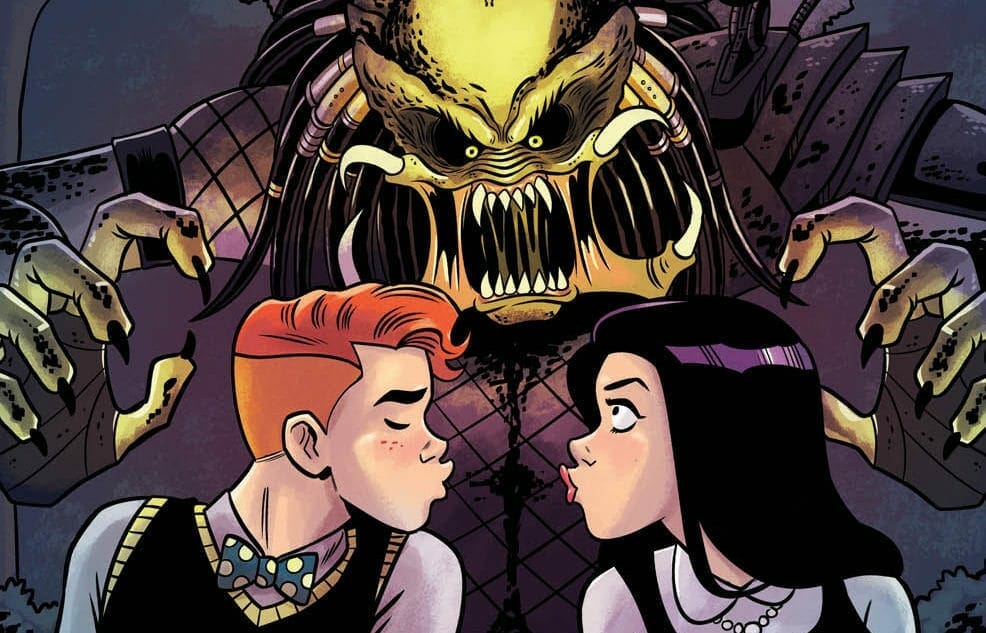 Before we begin, let me say that this review of Archie Vs. Predator II will spoil the ending of its predecessor. If you’re a fan of dark comedy, gore, or either of these two franchises, you really should check out the first Archie vs. Predator before reading further. Dark Horse and Archie Comics crafted one of the strangest, most impressive genre mashups anyone’s ever pulled off, and you owe it to the weird horror fan in you to give it a go. Now, on with the review.

Archie Vs. Predator II begins in the desolate, hollowed-out husk of Riverdale laid siege by the Predator in the first series. Our heroes, Betty Cooper and Veronica Lodge, trudge through the daily agonies of being the only survivors of an apocalyptic event. They miss their friends, their routines, their old lives. However, not everything about their old lives is gone. In a manner of speaking, they still have Archie Andrews by their side. Granted, this is actually a teenage Predator that Betty and Veronica genetically modified to look like Archie after the real one died horribly (haha teens, right?). But he does seem to be in love with them, and just because he’s not technically human doesn’t mean he’s lost his clumsy, all-American charm.

Right from the beginning, Archie Vs. Predator II builds upon the series by adding something we didn’t see in AvP1: a fourth wall. Betty and Veronica are aware of the various Riverdales that exist in the Archie Comics multiversity, and bemoan getting stuck in such a grim one. In a last-ditch effort to return to their past, Betty and Veronica try to take a trip down a literal Memory Lane, hoping that will return them to the way they once were. With PredArchie by their side, they discover that it won’t be that easy. Even worse, there’s something else that’s aware of multiverse travel coming to Riverdale. Something out for a hunt. 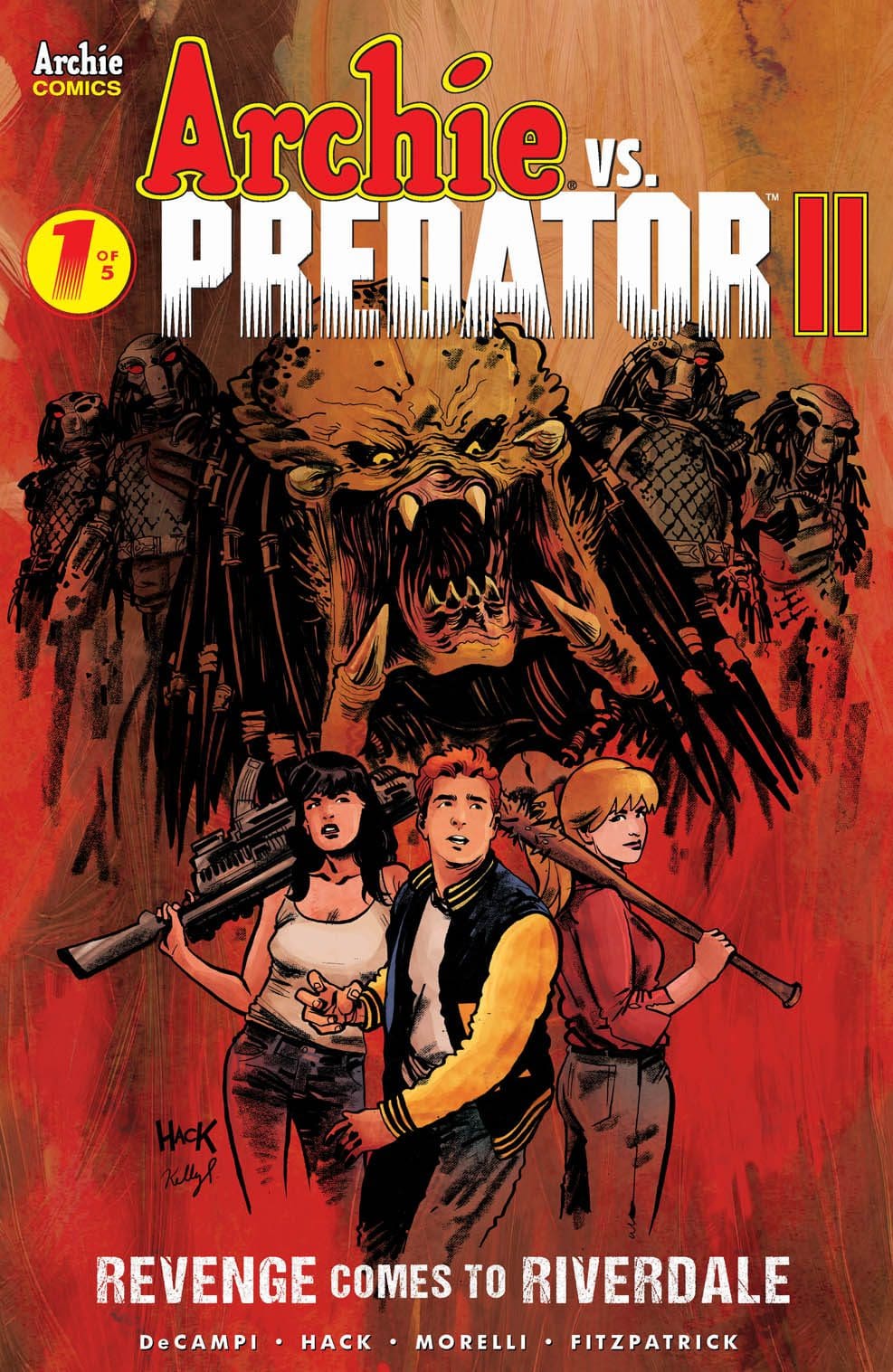 As you already know if you’ve read the first installment, Archie vs. Predator is a delicate blend of pitch-black humor, body horror, and heartfelt friendship drama. Writer Alex de Campi returns to this mix with style, crafting a Betty/Veronica relationship that’s as true to their classic characters as it is this twisted situation. There are plenty of laughs to go around in just the first issue, with a lot of the humor coming from the girls’ red-headed, alien-brained companion. It’s got to be difficult to keep wit and humor in a story whose premise is essentially “your favorite Archie characters were brutally dismembered,” but de Campi makes it looks like the easiest thing in the world.

“Archie vs. Predator is a delicate blend of pitch-black humor, body horror, and heartfelt friendship drama.”

Bringing the story to life is Archie Comics legend, Robert Hack. Hack, as you probably know if you’re reading this, gave us the art for the Chilling Adventures of Sabrina comic. Those animations in the CAOS Netflix intro are based off of his designs. Hack teams up with colorist Kelly Fitzpatrick to show us a traumatized Riverdale that only a Predator can create. The streets are empty if they’re not running with blood, there’s hardly a panel without a couple of dead bodies in it, and the faces of Betty and Veronica show terror and grit in equal measure. Still, there are plenty of Easter Eggs littered about the page to remind us that this is Riverdale after all, it’s not going to be lacking for fun.

By the way, if you want to read more about Robert Hack, or hear about what AvP2 is like through his eyes, check out the interview we did with him yesterday. We talk about Chilling Adventures of Sabrina too, so don’t miss it if you’re a fan. And for a look at the upcoming art in AvP2, check out our exclusive sneak peek at Archie Vs. Predator Issue Three, available this coming October.

Archie vs. Predator II Issue One is out at your local comic book store July 24th. Get your hands on a copy fast, because they are guaranteed to sell out quickly.

Once you do, tell us what you think on our Facebook, Instagram, and Twitter pages. Be sure to give us a follow as well, because there’s only going to be more AvP fun to come. And for all your freaky fun, plus your horror reviews, news, and interviews, keep lurking at Nightmare on Film Street. 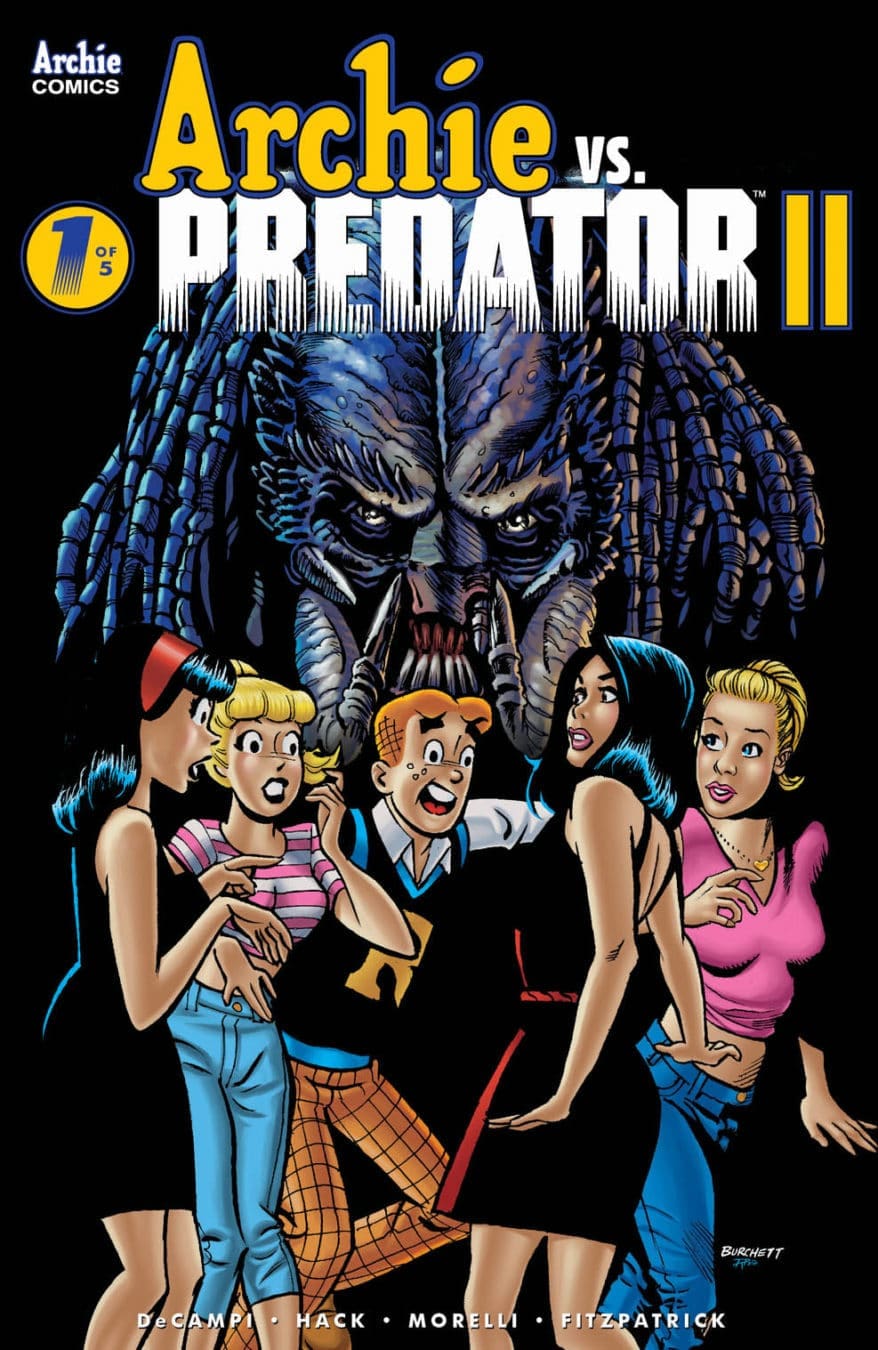 TLDR: Archie vs. Predator II is a darkly comic, impossible mashup that will satisfy fans of teen drama, science-fiction body horror, and everyone in between.