Although most are familiar with the “La Llorona” legend, this latest adaptation is a fresh take that tackles the complicated politics of Guatemala. Jayro Bustamante’s La Llorona (2020) uses the popular Latin American myth to bring to light the corruption and injustice that the indigenous peoples of Guatemala have faced.

Julio Ibarra of Nightmare on Film Street recently sat down with director Jayro Bustamante to discuss the horror of La Llorona. The interview was conducted in Spanish, so please forgive any inconsistencies in the translation.

“…in Mexico [La Llorona is] one of the three most important female icons, but at its core, the legend is very misogynistic and very chauvinist.”

NOFS: So first I want to say how much I like the movie. I’m Mexican, so I’m very familiar with the story of La Llorona but it was refreshing to see such a new take on it

JB: For us, it was very important to make that change for La Llorona somehow because- well, I still don’t understand why in Mesoamerica we love La Llorona so much. I think in Mexico she’s one of the three most important female icons, but at its core, the legend is very misogynistic and very chauvinist. It’s the legend of a woman who cries because a man left her, or because the man left and she killed her kids, or of a woman who had an affair with someone so she had to kill her kids, so it’s always a misogynistic story.

The idea was that if we enjoy this myth so much and we want to keep it alive, we have to give it a new facet. We wanted to give her the facet of a Llorona who cried for something more revelatory that didn’t have to be a man and who could cry for the suffering of an entire country. She was a justice-seeking Llorona. And little by little La Llorona started to become mother nature weeping for all of the lost souls from all of our countries. 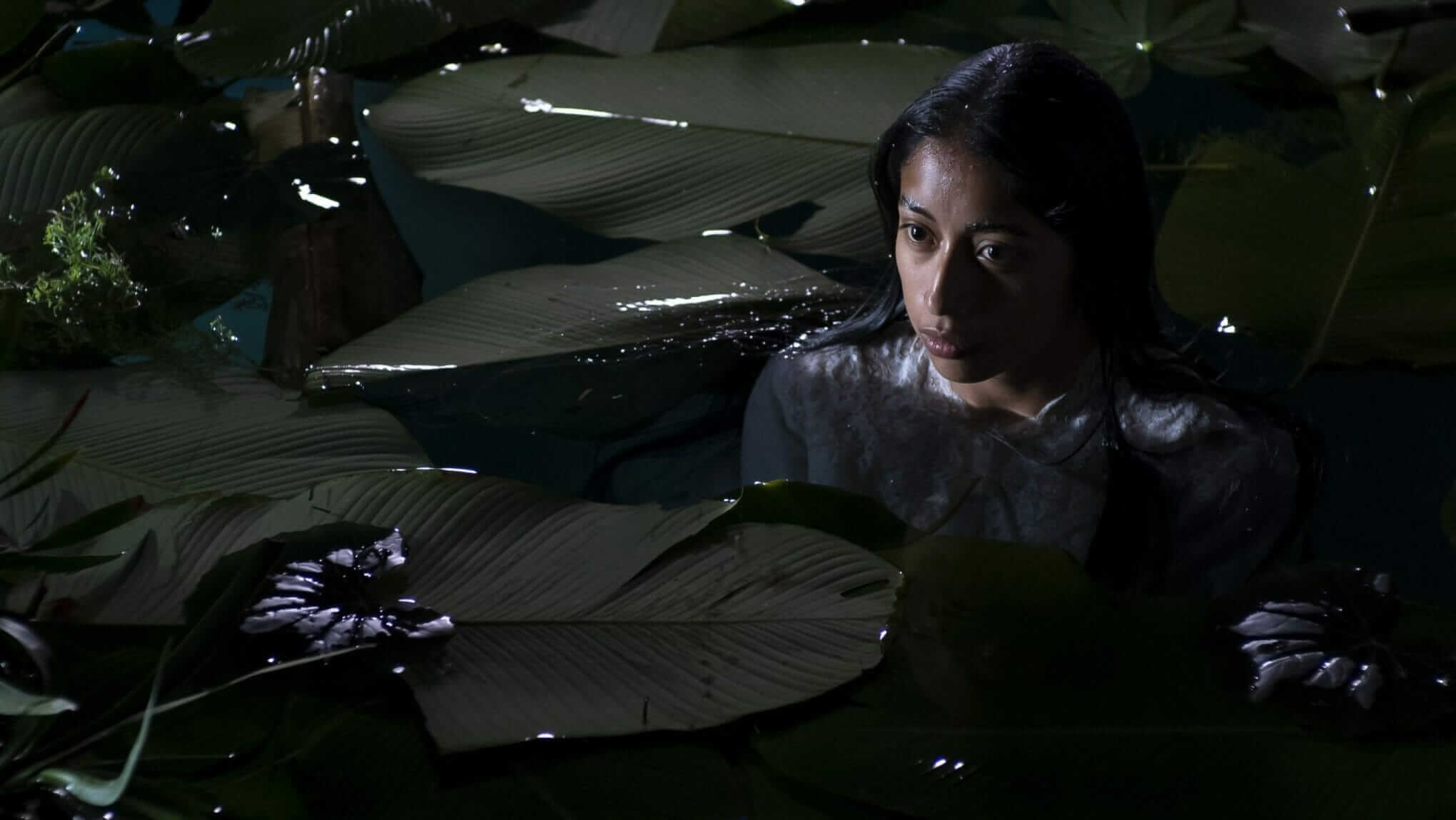 NOFS: I’ve heard you say that you chose to make this a horror film as a strategic choice, but what was it like to dive into horror as a genre. What did you like about directing a horror film?

JB: It was strategic in the beginning, but once the decision was made, it was clear that there was no better decision. Everything was justified. There is no genre more appropriate to speak of the horror of genocide than horror itself. And then there are things in the genre of horror that I like a lot.

When you’re going to see a horror film, you open yourself up to certain things because horror invites you to. I love that horror lets you know exactly how much to open up. For example, in a drama, if I begin the scene in a hallway and I’m giving you clues of what may be inside the room at the end of the hallway, I kill your joy of opening the door. In horror, if I give you clues with the score and the mood of what may be inside the room, and when you open the door, the payoff is there that fills you with satisfaction. So the horror genre was perfect to tell this story that no one wanted to talk about.

Another thing that horror allowed was to swap the roles. For the protagonists, the human rights activists, the victims, the judges, and the justice system are all the bad guys. The dictators, the genocidal, the military personnel that took advantage, and committed crimes against humanity are the protagonists. Horror allowed us to do that. I don’t think we could have made the same film as a drama.

“There is no genre more appropriate to speak of the horror of genocide than horror itself.”

NOFS: You mentioned the mood, and I think the tone is probably one of the film’s greatest strengths, the feeling of grief and lament for the people who have been lost in this horrible genocide. I think the best representation of that and the biggest driving force for the tension in the film is the crowd of protestors outside of the general’s home. I imagine filming that and having all of those people there must have been a cathartic experience.

JB: Yes, completely. We’re playing with a balance in which when we added a horror element, we wanted to add an element that would not take away from the historical context. In essence, balancing as we went. And in that balance, when we started thinking about all of the spirits and protestors that surround the general’s home, we didn’t want to have actors pretending to protest. We wanted it to feel like a cry that was pure and out of a need to find those they’ve lost. So we called various humanitarian associations for victims of the civil conflict or those in search of their loved ones and all of the organizations that fight for indigenous rights and they were the ones who filled the roles of the protestors.

In fact, during the trial, the person who gives the testimony is a real person who lived something very similar to what was written. So we tried to handle that with a lot of respect. We didn’t want it to feel like a caricature. Because we also didn’t want to take away their dignity. We wanted them to do it exactly the way they would have done it. Without one tear too many and one insult too many. So that helped us immensely.

Much of the inspiration for the film was also based on films that I’ve always loved like The Shining or The Others. Those are films where it’s true that the characters are stuck in a haunted house but they aren’t stuck in the house because the house itself has trapped them. It’s because there is a force outside of the house. In The Shining it’s the storm and in The Others, their isolation is because of the distance. The objective was to find an element powerful enough historically, but also powerful enough in fantasy to be able to isolate the family within the house. And I think the protestors were phenomenal in accomplishing that.

NOFS: Speaking of films like The Shining and The Others, they both have an element we refer to as a “slow burn.” It’s clear that this film is also in that camp as it builds throughout and a lot of the scares come at the end. Was that a conscious choice or what made you make that decision?

JB: Yes, it was very conscious. I think a lot of it comes from the cinema that I enjoy and I think most of us try to get closer to what we enjoy personally. Another thing is if it’s true that commercial cinema is very intercut, going a mile a minute and you can’t even see an actor’s face because each scene is only half a second, I wanted to demonstrate that in films where you give your characters the chance to round a corner without the need to cut you’re not only demonstrating the dramatic force of your story but also of your character and the talent of your actor. This film was created thanks to many people who gifted us a lot. Gifted us their passion and their time. So the scenes in which we could take our time were a way to give back and appreciate everyone’s work from the score, to the designers, to the producers, to the art direction.

NOFS: You’ve described La Casa de Producción as a way to place a roof over the head of these stories, to give them a home. Now that you’ve got a taste of it, do you see there is more room for other horror projects under La Casa?

JB: Yes! Lots! We as a company [we] have a philosophy that we don’t only want to make entertainment. We believe film can be entertainment and content at the same time. That film can merge entertainment with causes that should be supported. We don’t want to stray from that vision, and for me as a director, I wouldn’t want to only make horror movies; I want to make films from all genres! But horror has a very particular magic. It has the power to judge audience reaction very easily because horror is such a primal emotion. So yes, I would love to not only continue to direct horror but to produce it as well.

“horror has a very particular magic. It has the power to judge audience reaction very easily because horror is such a primal emotion.”

NOFS: Well, I want to thank you very much for giving us your time. Is there anything else you would like to relay to the readers?

JB: Only to remind them that they can stream La Llorona on Shudder in North America and the UK and Central America they can find it on mowies.com!

A big thank you to Jayro Bustamente for taking time out of his schedule to speak with Nightmare on Film Street. La Llorona is now streaming on Shudder and Mowies in Central America. Be sure to check out our spoiler-free review of La Llorona as well and let us know your thoughts on Twitter, Reddit, and Horror Movie Fiend Club on Facebook group! 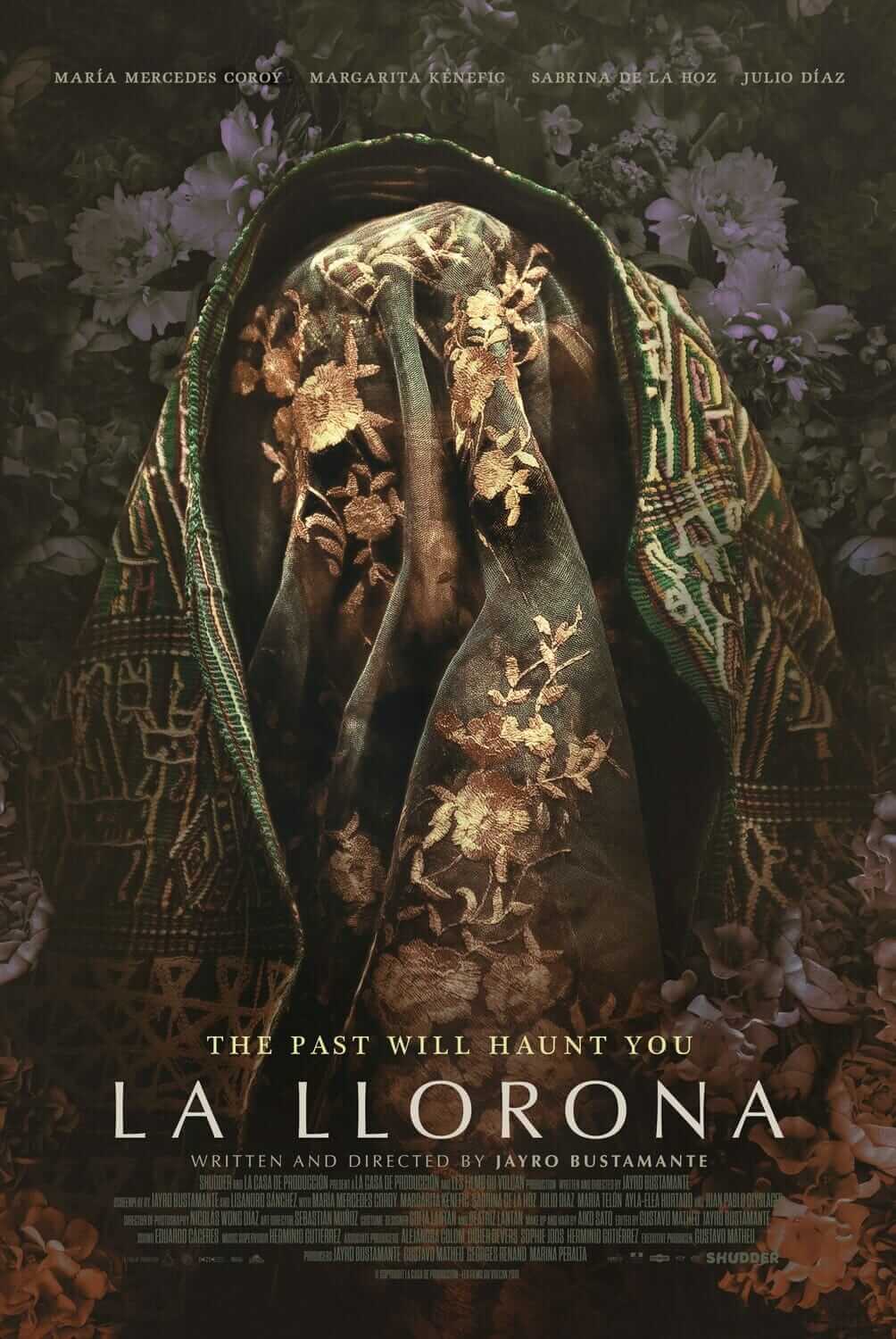