Don’t you hate it when your routine prison transfer of dangerous murderers goes horribly awry and your entire team winds up dead? Things didn’t go so well for John Cusack and his airplane of death row inmates (+ 1 wholesome, long-haired Nicolas Cage) in Con Air (1997). The plan went completely sideways for Natasha Henstridge and Pam Grier on their train ride to pick up Ice Cube in Ghosts Of Mars (2001). And, naturally, nothing goes according to plan for grumpy Coast Guard Captain Dae-woongin (Sung Dong-il) with a (literal) boatload of South Korea’s deadliest criminals in Kim Hongsun’s Project Wolf Hunting.

People do not simply die in Project Wolf Hunting. People are turned into blood geysers! Doesn’t matter whether someone is stabbed, or shot, or they have their heart ripped out of their chest- they immediately become high-pressured fountains of red, gooey liquid. This off-the-wall action-thriller really goes full-steam ahead on its violence. I’m pretty sure I grew a new wrinkle in my forehead for how much time I spent bugged-eyed, taking in this gruesome assault on the senses. It’s really something 😯

“…a m*therf*cking bloodbath from start to finish!”

Now, me personally- I run a tight ship during my prison transfers. As I’m sure you do as well. Things can go south faster than you can say “Did you just regurgitate a safety pin to pick a lock?” if you’re not paying attention. The last thing you want while doing a routine check on your prisoners is to get a handcuff jammed into your neck. But would we be here today if this plan went off without a hitch? Of course not. We want blood and we want lots of it. Routine, by-the-book prisoner transfer? BORING. Prisoner riot where people get their throats slashed and their heads squished? Now we’ve got a movie!

Get this though: the bloody, brutal prisoner escape plot is only half the story. Buried in the bowels of the ship is a monster that the group is unaware they are transporting. As far as anyone is considered, this is just a regular, everyday transfer of prisoners from Point A to Point B. But jokes on them; There’s a dormant undead monster in a medically induced coma just itching to get out and wreak havoc. 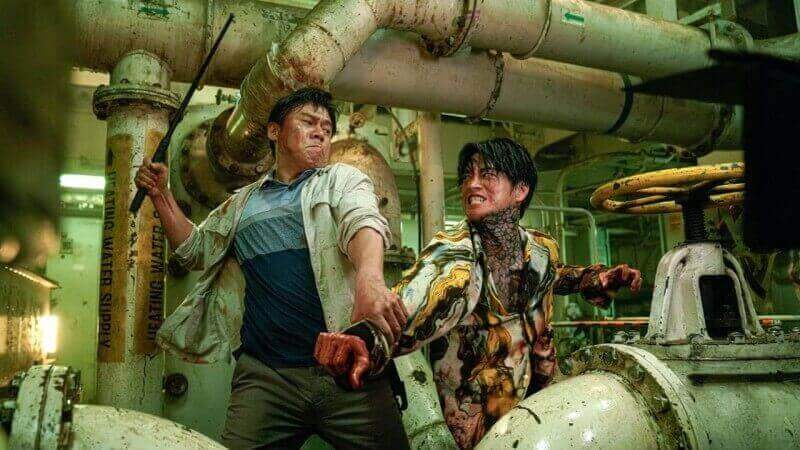 This big bad boy is like The Terminator, The Predator, and Frankenstein’s Monster all rolled into one. He’s asleep and restrained when we first meet him but as soon as he gets a whiff of blood on the air, he rises from his slab. The movie that you think you’re watching is in full swing when this unholy hulk shows up and kicks the party into high gear. Cops and criminals and dying left, right, and center before this superhuman destroyer starts beating people to death with their own limbs and squishing heads like he’s playing a grisly real-life version of Grape Escape. So needless to say, everyone’s priorities change really fast when he shows up.

l loved every damn minute that this movie spent cutting through creeps and turning dudes into fountains of gore. It fizzles out a bit in the third act as you’re delivered one reveal after another about the far-reaching criminal enterprise responsible for the Frankenstein creature but it’s not without a few fun twists. Project Wolf Hunting, for all its convoluted plotting, is still a m*therf*cking bloodbath from start to finish! It may not deliver a terribly satisfying conclusion but hot damn if it isn’t one of the most savage, bloodthirsty action movies of the year.

“…one of the most savage, bloodthirsty action movies of the year.”

Kim Hongsun’s Project Wolf Hunting celebrated its US Premiere at Fantastic Fest 2022. Click HERE to follow our continued coverage of the festival and be sure to let us know if you’re excited to see this South Korean bloodbath over on Twitter, Reddit, Facebook, and in the official Nightmare on Film Street Discord. Not a social media fan? Get more horror delivered straight to your inbox by joining the Neighbourhood Watch Newsletter. 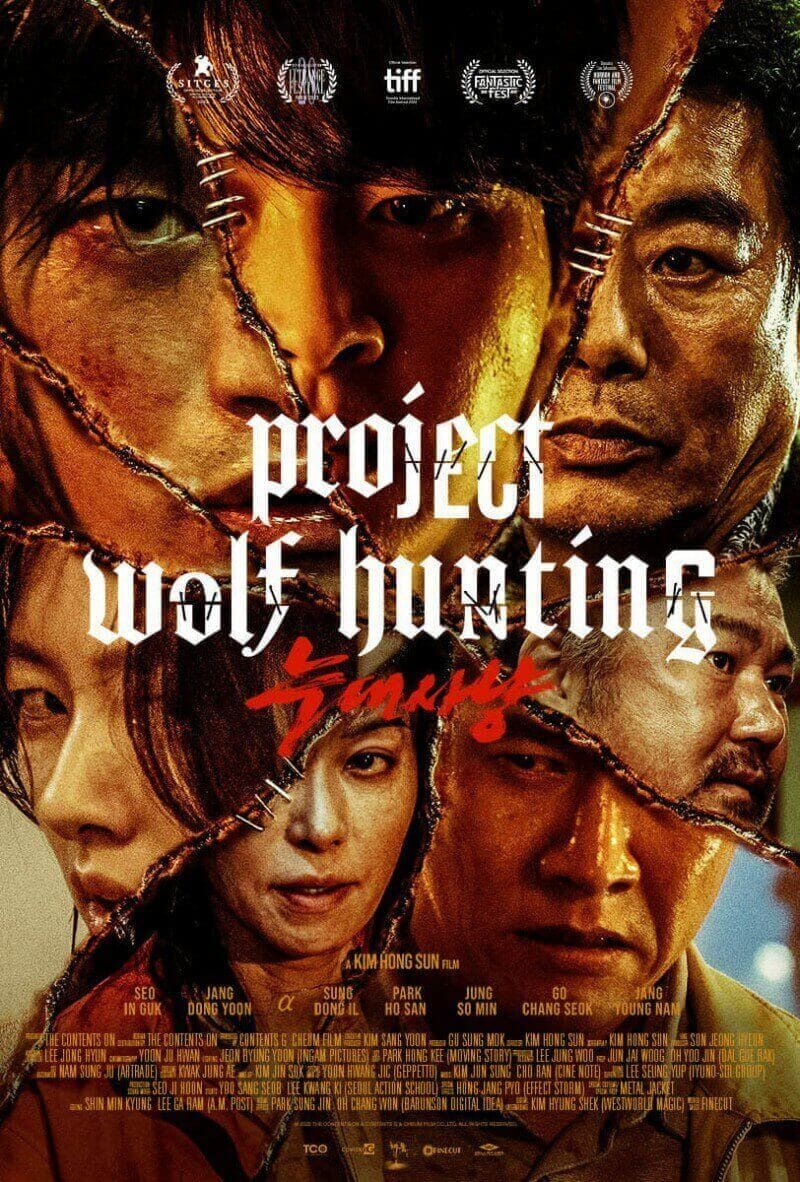 TLDR Project Wolf Hunting, for all its convoluted plotting, is still a m*therf*cking bloodbath from start to finish! It may not deliver a terribly satisfying conclusion but hot damn if it isn't one of the most savage, bloodthirsty action movies of the year.