A small town fights to stave off the apocalypse in David Hebrero’s Everyone Will Burn (Y todos arderán). Fans of religious horror will absolutely eat up this dark Antichrist tale but don’t let that scare you off if this isn’t your preferred subgenre. Personally, I like Exorcism movies as much as the next horror fan but I get a little bogged down seeing priests pray for a happy ending until it comes, over and over again. Everyone Will Burn is a fun, fiendish refresh for an overworked subgenre filled with sinister demon stuff, dark truths about religion, and a lead performance that will knock your supernatural socks off!

Directed by Hebrero, who co-wrote the film with Javier Kiran, Everyone Will Burn is mired in the superstitious fears of a small Spanish town. After her attempts to commit suicide are abruptly thwarted, María José (Macarena Gomez) is sudden put in the care of a mysterious child (Sofía García) that reveals herself to be a messenger of The Devil himself. As the local church begins to recognize the warning signs of an impending apocalypse, María is forced to protect this spawn of Satan as it rolls out the blood-red carpet from the coming Antichrist.

“Everyone Will Burn is freaky, fast-paced, fiendish fun.”

Macarena Gomez delivers a performance that is, if not Academy Award-worthy then Toni Collette-worthy as a grieving mother turned crazed “Renfield” for this little demon child. Genre fans will no doubt remember Gomez from Witching & Bitching (2013), and as the crazed puppeteer of Shrew’s Nest (2014). For all the fun, flashy demon stuff (and there is a hell of a lot of that!) the real movie to watch is the ever-shifting expressions of her character’s evolution from terrified hostage to fearsome protector.

As playful and kooky as The Day of The Beast (1995) and as serious as Rosemary’s Baby (1968), Everyone Will Burn is a devilishly good time. If I’m sitting down to watch a movie about an evil child that’s come to chew bubblegum, kick ass, and bring about the antichrist- there are a few things I expect to see. Number one on that list? I want to see that demon wreak havoc on everyone that gets in its way. And, Spoiler Alert: this movie’s demon ain’t messing around.

Those devil powers are put on full display in the opening minutes of the movie, and also at every other opportunity. This little devil child Lucia (played by Sofía García is a surprise feature debut) is ready to lay people to waste at the drop of a hat. And that destructive power isn’t just limited to the adults either. No one, not even the snot-nosed kids in town are safe from Lucia‘s malevolence.

What I wasn’t expecting, however, was the grim uncaring realities of the catholic faith which cement the dark, brooding nature of this apocalyptic story. One thing to keep in mind is that the church draws a hard line in the sand regarding suicide. As far as the Catholic God is concerned, suicide is an unforgivable sin, and a one-way ticket to eternal damnation. If you can hold that as a cold, unwavering reality the way these characters do, their motivations and anguish become painfully relatable. But also, come prepared to laugh your head off and throw a devil horn or two in the air at some killer camerawork and dastardly deeds. 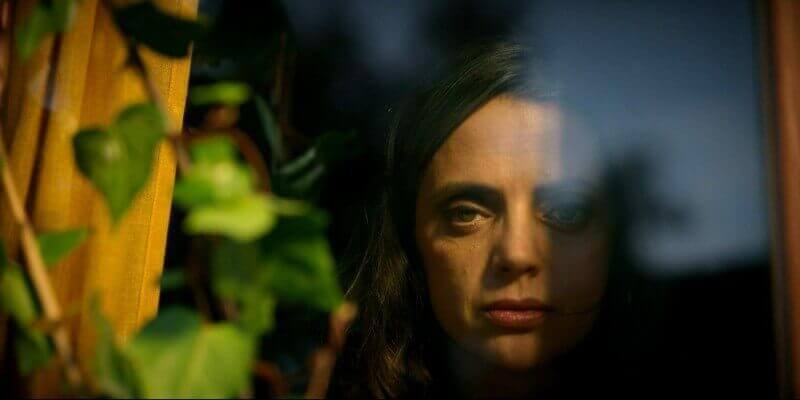 Everyone Will Burn is freaky, fast-paced, fiendish fun. The dark realities of religion are injected into the lives of its characters to give it a strong foundation but it relishes every opportunity to flex its demonic muscles and scare the holy spirit out of you.

The small town at the heart of this apocalyptic story slowly becomes the battleground between Good & Evil and it’s hard to know which side you’d be on after you’ve invested so much time with Macarena Gomez’s downtrodden María José. Her performance is hands down the reason to seek out Everyone Will Burn, but the good news is that it’s also one hell of a fun movie to watch if all you care about is seeing some demons do some demon shit 🤘

“Macarena Gomez delivers a performance that is, if not Academy Award-worthy then Toni Collette-worthy as a grieving mother…”

David Hebrero’s Everyone Will Burn (Y todos arderán) celebreated it’s North American Premiere at Fantastic Fest 2022. Click HERE to follow our continued coverage of the festival and be sure to let us know if you’re excited to see this new horror anthology over on Twitter, Reddit, Facebook, and in the official Nightmare on Film Street Discord. Not a social media fan? Get more horror delivered straight to your inbox by joining the Neighbourhood Watch Newsletter. 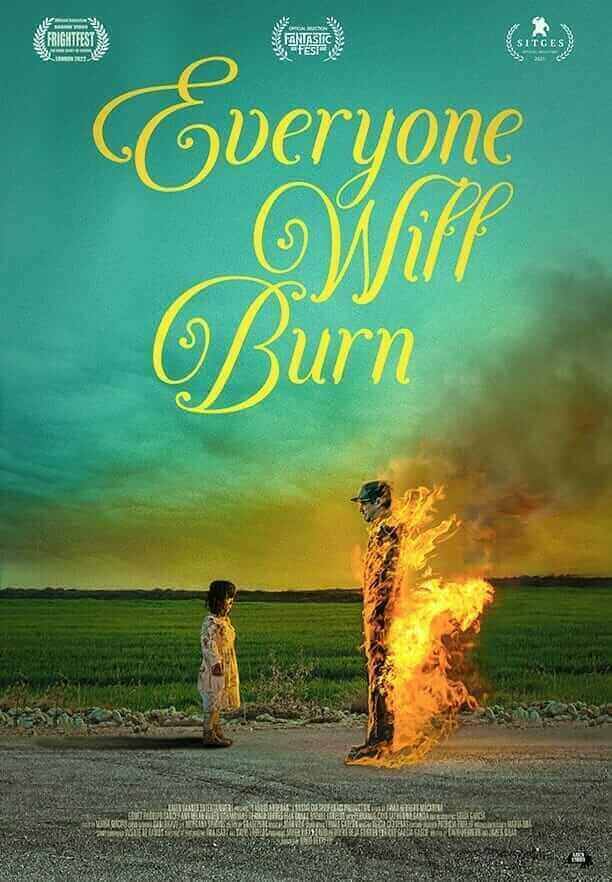 TLDR Everyone Will Burn is freaky, fast-paced, fiendish fun. Macarena Gomez's performance is hands down the reason to seek out Everyone Will Burn, but the good news is that it's also one hell of a fun movie to watch if all you care about is seeing some demons do some demon shit 🤘