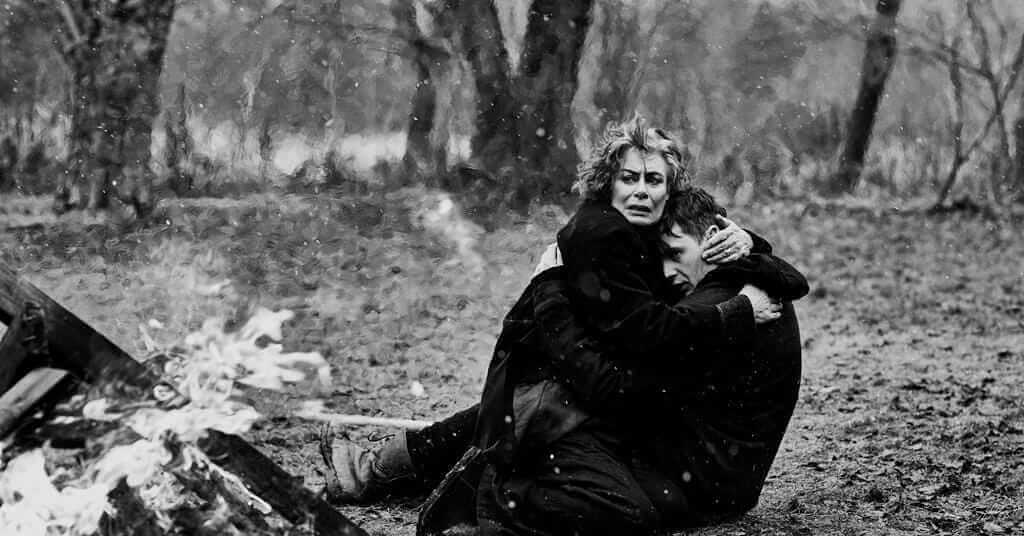 What if God was more interested in punishing you for your sins than granting you un-restricted forgiveness for the gravest sins that you’ve committed. That’s a question that (I assume) all Christians have tormented themselves over in their darkest hours and it’s only of the larger focuses of Mumblegore Religious Horror The Righteous from actor turned writer/director Mark O’Brien (Ready or Not). For Catholics especially, the idea of atoning for your sins is something integral to earning your place in Heaven. But if even you don’t feel deserving of God’s forgiveness, it’s hard to believe that the big guy upstairs is preparing a place for you by his side.

That cosmic dread is the cornerstone of O’Brien’s debut feature. Presented as a parable (mostly thanks to its Black & White cinematography and biblical discussion), The Righteous follows ex-priest Frederic Mason (Henry Czerny, Mission Impossible) and his wife Ethel (Mimi Kuzyk, The Final Cut) in the days after the death of their adopted daughter. The two have tucked themselves away in their country home to quietly grieve together but the arrival of a mysterious stranger upends everything. The stranger, who calls himself Aaron Smith (Mark O’Brien), makes fast friends with Ethel who is just happy to have someone to care for again but his late-night conversations with Federic reveal a much darker side of Aaron. Using Frederic‘s religious background and insecurities against him, Aaron spins a tangled web of deceit that ensnares the Mason’s, forcing the ex-priest into an ultimatum that could either guarantee his salvation or secure his damnation.

“[…] cosmic dread is the cornerstone of O’Brien’s debut feature.”

One really interesting aspect of The Righteous is in how it presents the idea of visions or predetermination, especially with skeptics in mind. It has plenty of twists and turns in its plot that only make rock-solid sense to a believer, but the notion of experiencing a vision with full clarity, or making life-changing decisions as though you are being possessed by the holy spirit, is something you are slowly eased into. You’re given a path of breadcrumbs to follow that make logical sense or a scenario that you want to buy into before you’re thrown a curveball that asks you to either denounce your previous line of thinking or simply have faith in the story that is unfolding.

The Righteous plays out like Sunday Service fable about a celestial balancing-of-the-scales or a thought experiment about the nature of punishment. The majority of the film is discussions at the Mason‘s home, all of which are either about the loss of their daughter or Frederic’s god-fearing paranoia. God is by no means the caring, all-forgiving entity he’s generally portrayed as in films and is instead a willing participant (and possible orchestrator) of these character’s pain and suffering. More often than not in Horror, God is the all-good man upstairs that you can call to when you’re backed into a corner, but if he’s the creator of everything good in this world, then he’s equally responsible for the overwhelming darkness of humanity as well. It’s refreshing to see God portrayed in a darker light but, at the same time, it could all be master-level manipulation from Mark O’Brien’s character.

O’Brien pulls double-duty as the film’s director and co-star and it’s impressive to see him take such a dynamic leap in his debut feature. “Good vs. Evil” is a tale as old as time, and there’s no visual style as classic as Black & White. It also helps cement the story as a parable or a folk tale that we’re supposed to glean something about the human condition from. I don’t think the Black & White approach was necessary to lock into the story’s rhythms. Religion is a very no-grey-area belief system, and ultimatums rarely have elbow room, but there’s no denying that a handful of shots and lighting changes were made 100x more cinematic with that monochrome filter.

The Righteous is a strong debut from O’Brien. The film builds momentum easily but it’s often cut short by framing its strangest moments as visions or nightmares before almost immediately confirming them as actual fact. It’s an odd choice and one that gets old fast but it’s only a small roadblock ahead of impressive, intimate performances. Its approach to horror is more interested in the darkness of a man’s soul, rather than the spiritually supernatural. Even still, The Righteous still ropes in the cosmic horror hidden in the dread of god-fearing people desperate to hide from the cruel, unforgiving judgment of a being that has a detailed knowledge of your every transgression.

The Righteous celebrated its World Premiere at the 2021 Fantasia International Film Festival. Click HERE to follow all of our festival coverage, and be sure to let us know what you would do if a mysterious stranger came knocking on your door in the middle of the night over on Twitter, in the official Nightmare on Film Street Subreddit, and on Facebook in the Horror Movie Fiend Club! 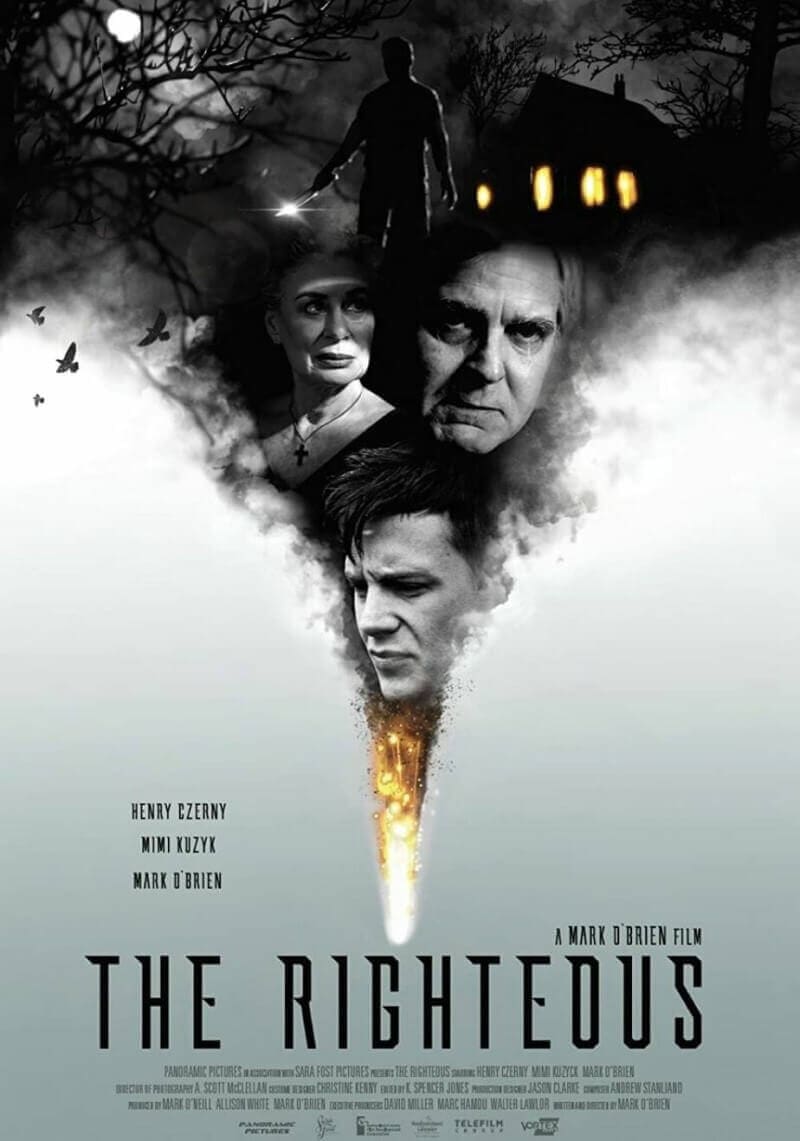 TLDR The Righteous is a strong debut from O'Brien. The film builds momentum easily but it's often cut short by framing its strangest moments as visions or nightmares before almost immediately confirming them as actual fact. It's a strange choice and one that gets old fast but it's only a small roadblock ahead of impressive, intimate performances. Its approach to horror is more interested in the darkness of a man's soul, rather than the spiritually supernatural. Even still, The Righteous still ropes in the cosmic horror hidden in the dread of god-fearing people desperate to hide from the cruel, unforgiving judgment of a being that has a detailed knowledge of your every transgression.