Age is the enemy in Raúl Cerezo & Fernando González Gómez’s eerie creeper The Elderly (Viejos). I mean, Age is the enemy in real life too but we’re so used to seeing ghosts and ghouls in horror movies that sometimes we forget the scariest thing in life is already waiting for us down the road. I know I don’t want to get old. I’m kinda terrified of it. To be perfectly honest, I think it’s why I watch horror movies. I want to forget that my greatest fear is unavoidable. But that’s not a luxury afforded to anyone, least of all the characters in this surprisingly unsettling feature.

Directed by Raúl Cerezo & Fernando González Gómez (The Passenger) from a screenplay co-written by the directors and Javier Trigales, The Elderly stars Paula Gallego as Naia, a teenager struggling to cope with the loss of her grandmother and how her sudden death is effecting her family. Her grandfather Manuel (Zorion Eguileor, All The Moons) seems to be slipping away by the minute, under the same sad spell that caused her grandmother to commit suicide.

“You might think twice before blowing off your grandparents next time they say something strange….”

Worried that he may be a danger to himself with no one to look after him, Naia‘s father Mario (Gustavo Salmerón, V/H/S: Viral) convinces her grandfather, o stay with them in their new home. Mario has been out of work for some time, and he is expecting a new baby with Naia’s stepmother Lena (Irene Anula, Money Heist), but he can’t bare the thought of seeing his father waste away in his apartment, alone. It’s a story so many people have lived and will continue to live, but let’s not forget…we’re watching a horror movie, and it isn’t long before bizarre, menacing ideas fill the air and the family suspects there is something very, very wrong with grandpa.

If this were just a story about how terrifying dementia and Alzheimers can be, the horror would end with Manuel. However, he’s not the only one that begins acting strange. It’s a real Village of The Damned scenario, but instead of creepy-eyed kids wandering around acting all spooky and stuff, every elderly person in the movie begins exhibiting odd behavior. As though a switch flipped in the entire elderly population of the town, every wrinkled- face begins to talk ominously about impending doom. Every wheelchair-bound octogenarian stares with cold, calculating eyes at their younger counterparts. But good luck trying to convince anyone under 60 that something’s out of the ordinary 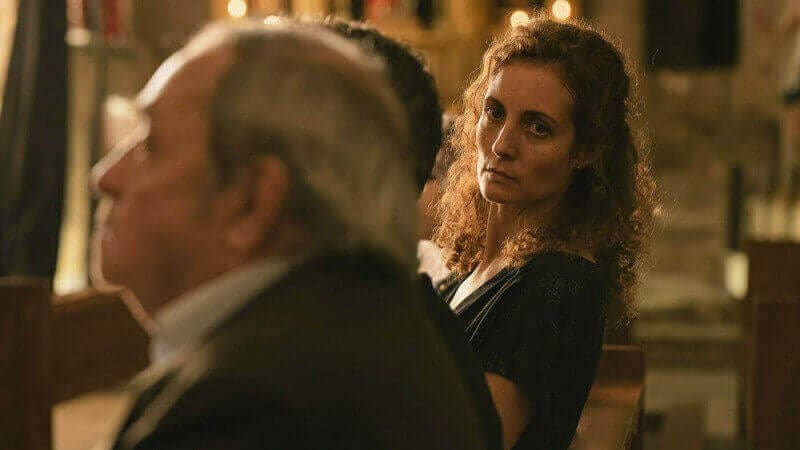 What’s kind of brilliant is how straight the movie is played. If it weren’t for Eneko Vadillo’s haunting score, The Elderly might just look like an unflinching slice-of-life drama about living with aging parents. If you’ve ever spent any time with aging family members, you’ll find all the character’s behavior very familiar. Vague threats, alarming paranoia, cruel suspicion- it’s all right out of the senile textbook. But the movie asks, “What if everything these old kooks said was real?” and dives headfirst into madness.

The Elderly is a dark left-turn from the filmmakers that brought you the loveable, laughable, sci-fi thriller The Passenger. You’ll find no hope and no happy endings here, and their ability to navigate between fun and freaky is a spooky superpower I hope they use more. Less patient viewers may struggle a bit through its moodier chunks but it packs one hell of a finale and it isn’t afraid to get weird. Suffice to say, you might think twice before blowing off your grandparents next time they say something strange about hearing voices in the static of the radio or, you know, murdering your entire family in their sleep….

“Less patient viewers may struggle a bit through its moodier chunks but it packs one hell of a finale and it isn’t afraid to get weird.”

Raúl Cerezo & Fernando González Gómez’s The Elderly celebrated its US Premiere at Fantastic Fest 2022. Click HERE to follow our continued coverage of the festival and be sure to let us know what you would do if your grandpa started threatening to kill your entire family over on Twitter, Reddit, Facebook, and in the official Nightmare on Film Street Discord. Not a social media fan? Get more horror delivered straight to your inbox by joining the Neighbourhood Watch Newsletter. 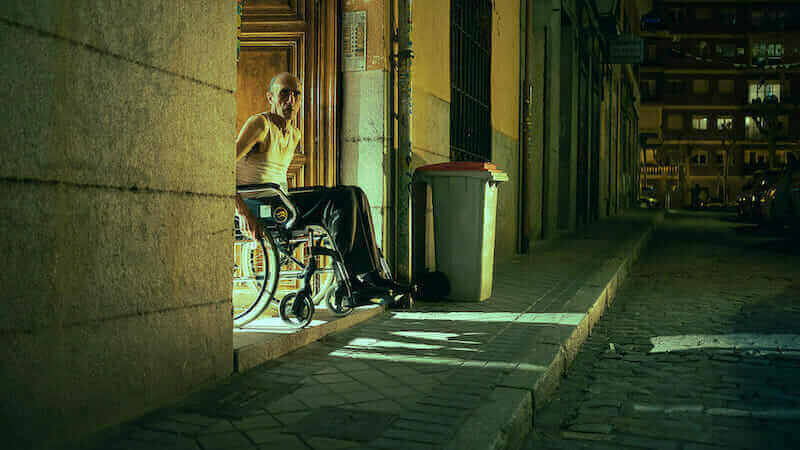 TLDR The Elderly is a dark left-turn from the filmmakers that brought you the loveable, laughable, sci-fi thriller The Passenger. You'll find no hope and no happy endings here, and their ability to navigate between fun and freaky is a spooky superpower I hope they use more. Less patient viewers may struggle a bit through its moodier chunks but it packs one hell of a finale and it isn't afraid to get weird.