[Fund This] Slasher Inspired Party Card Game Has One Rule: DON’T GET STABBED!

If there’s one thing a lifetime of watching horror movies has tried to teach you, it’s don’t get stabbed! Now, you can test out your survival skills in the new party card game Don’t Get Stabbed!

From Rookie Mage Games, Don’t Get Stabbed! launches on Kickstarter March 26, running through to April 25, with multiple tiers available to help reach the $8,000 goal. Rookie Mage Games was founded by Jordan McLaughlin, in an effort to make every get together with family and friends a spooky good time.

Inspired by your favorite slashers from the 70’s, 80’s, and 90’s, Don’t Get Stabbed! is lighthearted enough for everyone to enjoy but is recommended for ages 18+ due to humorous references to sex, alcohol, and violence. The game plays for 3-5 players and only takes 15 minutes a round with one player designated The Killer and the rest, (potential) victims.

If a victim draws three Stab cards, they die! Action cards can be used to avoid being stabbed, and Combo cards are scattered about for a chance at escaping the clutches of a killer maniac. But! The killer has special powers and if they draw a Stab card, they can put it back in the deck wherever they want. Remember, there’s only one goal in the game: Don’t Get Stabbed!

“I’m really proud that Don’t Get Stabbed! is finally ready to be presented to the world.” Founder Jordan McLaughlin said. “I’ve put a lot of work into developing a game that I think people will really enjoy, and it’s great that I get to start a business doing something I love”. 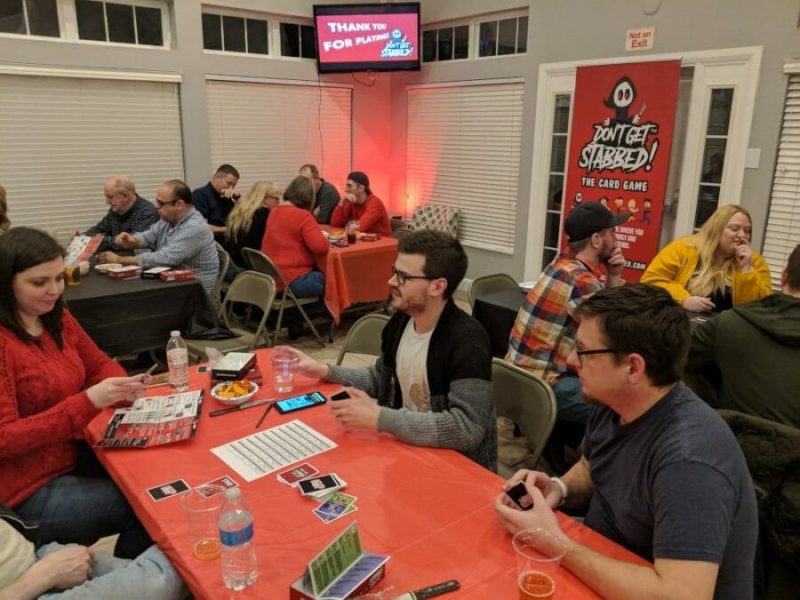 Jordan McLaughlin founded his company, Rookie Mage Games, in 2018 to bring his passion for rambunctious fun to others. Born and raised in Central Ohio, Jordan was the kid that organized the superhero games at recess and made his cousins perform in plays he wrote (which they loved but refuse to admit it).

Jordan watched his first scary movie, Scream, at a friend’s house when he was 14 (don’t tell his parents). He was instantly hooked and quickly became a fan of slasher flicks from the 80’s, such as Friday the 13th and Nightmare on Elm Street. As an adult, Jordan graduated from the University of Akron before moving to the Columbus, Ohio area to pursue his career. He kept his love for creativity by making fake movie trailers, video games, and escape rooms to torment his family members.

Now, those years of creative experience and affinity for scary movies have culminated into DON’T GET STABBED!. Jordan worked late evenings at the public library to design the mechanics, create the artwork, and plan production. “There isn’t a single part of this game I didn’t do myself. I’m even writing this press release,” Jordan said.

Jordan currently resides in New Albany, Ohio with his partner Alex, who is really tired of being forced to play test this game all the time. 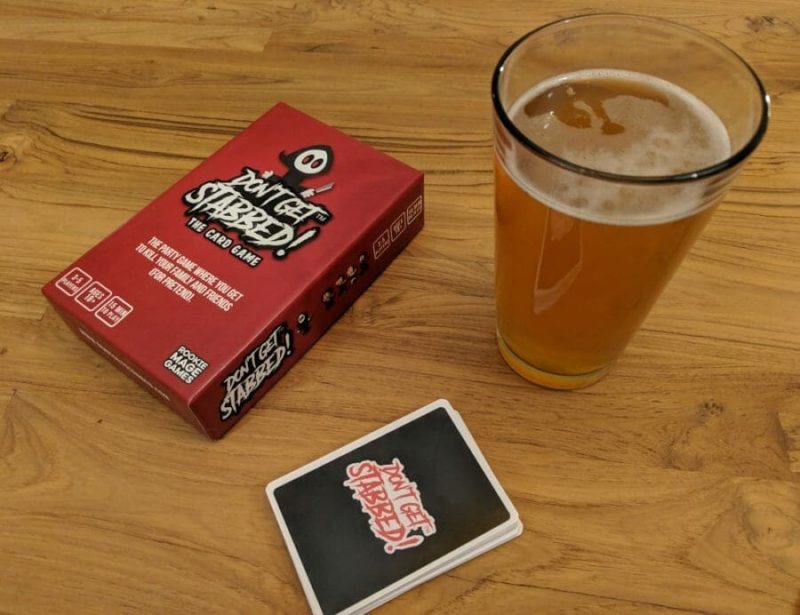