[Making a Monster] FRANKENSTEIN: How a Legendary Make-Up Artist Stitched Together History’s Most Iconic Monster 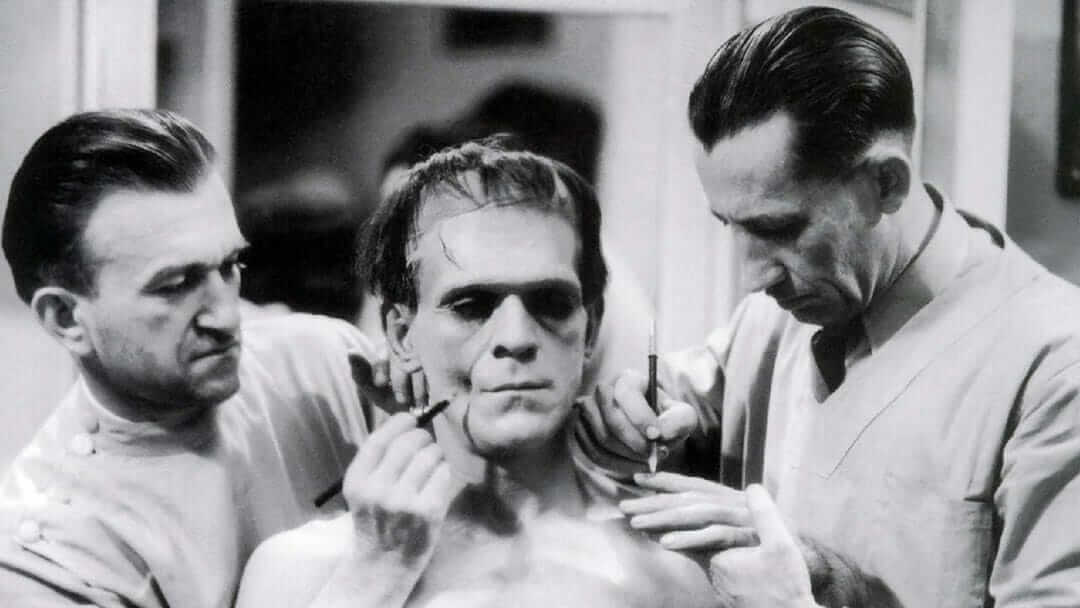 Have you ever taken the time to remember your first introduction to the horror genre? The older you get, the harder this is to answer, so stop reading for a moment and figure it out! The story of my beginning love for horror began at my small town post office. No, I wasn’t pen pals with Nosferatu. In a simple act of kindness, our postmaster gifted me a sheet of stamps featuring the Universal Classic Monsters, and I was instantly enamored with them. My reaction must’ve been quite visible, as every time I would come in with my mother to retrieve the mail, I would get something new. Pins, puzzle sheets, and even a hardcover book – all featuring the classic line-up of The Phantom of the Opera, The Wolf Man, Frankenstein, Dracula, and The Mummy. While I was obsessed with the images I was seeing, desperately wanting to see the films, I couldn’t know the gravity of what I was looking at. Not only did these classic characters start my journey into horror fandom and devotion, they also started the genre entirely.

In honor of Black and White horror, what better time to shed light upon the true king of the creatures? In this second edition of Making a Monster, I’ll dive into the most legendary monster in all of horror – Frankenstein’s Monster from the 1931 Universal Pictures’ Frankenstein.

Crafting a Face for the Faceless 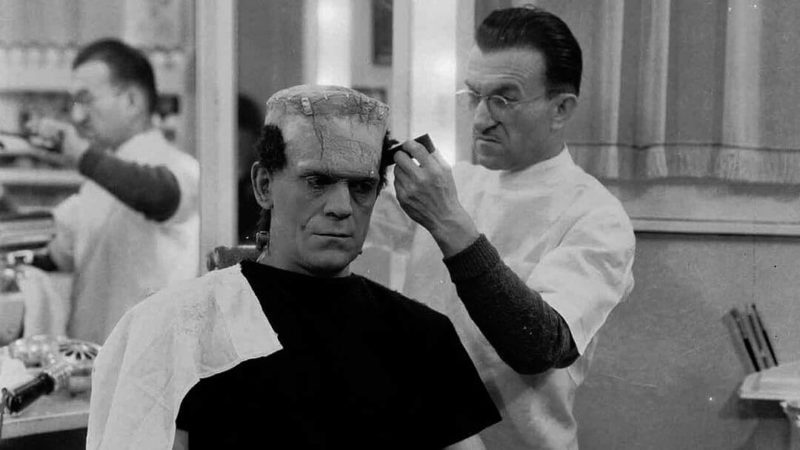 If you haven’t read Mary Shelley’s Frankenstein, you may just assume that the monster you saw on screen resembled the one Shelley described in the novel. In reality, the filmmakers had very little description to go off of! This excerpt from the book contains the most detailed depiction the author provided:

His limbs were in proportion, and I had selected his features as beautiful. Beautiful! Great God! His yellow skin scarcely covered the work of muscles and arteries beneath; his hair was of a lustrous black, and flowing; his teeth of a pearly whiteness; but these luxuriances only formed a more horrid contrast with his watery eyes, that seemed almost of the same colour as the dun-white sockets in which they were set, his shrivelled complexion and straight black lips.

Perhaps realizing this wouldn’t pack enough punch for audiences to flock to theatres, Universal Pictures wanted something bigger and better, especially after the studio had embraced the horror genre after the recent success of another member of the Universal Classic Monsters, Dracula. To create the look we have all come to know and love, the studio gave creative control to head make-up artist Jack Pierce. In a fascinating interview in 1967 in For Monsters Only magazine (preserved in its original awesomeness on The Jack Pierce Make-up Memorial), the artist went into great detail explaining his process.

In 1931, before I did any designing, I spent three months doing research in anatomy, surgery, medicine, criminology, ancient and modern burial costumes and electrodynamics

So what did Pierce find in this research that translated to the famous Frankenstein’s Monster look? Let’s start with the from the top, literally! The classic stitched forehead came to be because Pierce reasoned that Dr. Frankenstein was a scientist, not a surgeon. Naturally, he would choose the easiest method to put a brain in his creation – crack the lid open, open the jar, drop the brain in, and stitch it shut! As we all know, the Monster comes to life via electricity, so Pierce added two “electrodes” (the neck bolts) to his work. Additionally, to assist actor Boris Karloff to fully get into character, the actor wore a 5 pound steel spine underneath his costume to simulate the rod that would send electrical current to the Monster‘s brain!

Even Frankenstein’s Monster’s long, disproportionate limbs have a backstory! In his research, Pierce found that the Egyptians would bind the hands and feet of their society’s criminals before burying them alive. Once the criminals died, their fluids would drain to these extremities, “stretching their arms to gorilla length and swelling their hands, feet, and face to abnormal proportions.” Pierce reasoned that in Mary Shelley’s novel, the Monster came from the body parts of executed criminals. Obviously, this wasn’t physically possible for Karloff, so the artist simply shortened the sleeves of his coat. Add the greenish-grey greasepaint, which Pierce discovered would photograph dead-white, and voilà – the most famous monster ever created! In the end, it took roughly four hours to apply the make-up and prosthetics onto Karloff, which was done from scratch every morning, and two hours at the end of the day to remove it.

The Man Behind the Make-Up After the success of Universal Picture’s Dracula, the role of Frankenstein’s Monster originally was given to Dracula himself, horror legend Bela Lugosi. Rather, it was thrust upon him. Known to be a little vain, Lugosi didn’t have much interest in the role. In a piece on Birth.Movies.Death, author Devin Faraci explains how the native Hungarian actor did not wish to be type-cast after Dracula, and did not appreciate being reduced to a bumbling, mute monster. Angry at the prospect of the role, Lugosi reportedly said, “I was a star in my country, I won’t be a scarecrow in this one!” After disastrous test shoots which resulted in both the actor and original attached director Robert Florey getting fired from the film, it is here where director James Whale and actor Boris Karloff entered the picture.

A relatively low-key actor at the time, Frankenstein propelled the 43-year-old Karloff into the Hollywood A-list. This feat is even more incredible once you find out his name was left off the original marketing material for the film entirely! Aside from over one hundred acting credits after 1931’s Frankenstein, Karloff would reprise the role twice more in The Bride of Frankenstein and The Son of Frankenstein, while also becoming yet another monster icon in 1932’s The Mummy. While not much of any interviews from back in the 30’s exist today, Karloff would say in a rare interview in 1963 that Frankenstein’s Monster “turned out to be the best friend he ever had,” and attributed his career success to the character. Watch the horror legend say so himself!

The Lasting Mark on Our Culture Perhaps only bested by Santa Claus and Ronald McDonald, Frankenstein’s Monster is one of the most recognizable icons in our culture. I can also safely speak for the majority of mankind when I say that Boris Karloff’s rendition of the monster is not only the most accepted version of the creature to date (or ever, you heard it here first), but perhaps the most recognizable and adored movie monster in our history. Is that a bold statement? No! Think back to your trick-r-treating days, or any Halloween party you’ve ever attended. Every party has one person in costume, every neighborhood has at least one trick-r-treat’er, and every collection of decorations at your local store has at least one version of Frankenstein’s Monster. While perhaps each rendition isn’t an exact replica of the monster featured in the 1931 film (thanks to Universal owning the copyright to Pierce’s make-up design), it is most certainly based upon it. Pierce and Karloff’s work didn’t simply impact our horror culture, it had a large hand in creating it. Let us never forget the grandfathers of this genre we love so much.

Thanks for reading horror fiends, and I’ll see you next time in our next installment of Making a Monster! Where does the Monster rank in your collection of creeps and ghouls? Who would win in a fight for our cultural souls between Santa, Ronald McDonald, and Frankenstein’s Monster? One cage, one winner, one night only! Let us know what you think over on Twitter, in the Nightmare on Film Street Subreddit, and on Facebook in the Horror Movie Fiend Club. See you soon!