[Podcast] Forgive Me Lord, For I Have Synth: IT FOLLOWS vs. MANDY

On this week’s episode of Nightmare on Film Street we’re venturing into the unknown, where the world is full of monsters, bathed in pink floodlights, and scored with the coolest, creepiest, synth music this side of Jupiter. Join Kim & Jon as they dive into the deep, depressing waters of Panos Cosmatos’ hallucinatory revenge story Mandy before taking a walk on the wild side to discuss death, dying, and other fun topics sure to put a smile on your face this Halloween season as we revisit David Robert Mitchell’s It Follows. Joinn uss..

As always, let us know what you thought about this week’s episode on Twitter @NOFSpodcast, our Subreddit, and join our Horror group on Facebook to continue the conversation and share your #31DayHorrorChallenge picks! Oh, and don’t forget to check out Salem Horror Fest all October long to see the 30th Anniversary Reunion Panel of Gremlins 2: The New Batch with director Joe Dante, producer Michael Finnell, and stars Zach Galligan & Robert Picardo, (hosted by yours truly!) and the Nightstream Film Festival, haunting the internet October 8-11.

This episode is co-produced, with the generous support of Dustin Lewis & Darra Stone. Unlock access to exclusive bonus content and earn some other frightfully good rewards, including shoutouts, merch, and swag by supporting Nightmare on Film Street on Patreon. We have a bunch of watch-a-long livestreams and bonus content planned for the spookiest month of the year that you won’t want to miss! 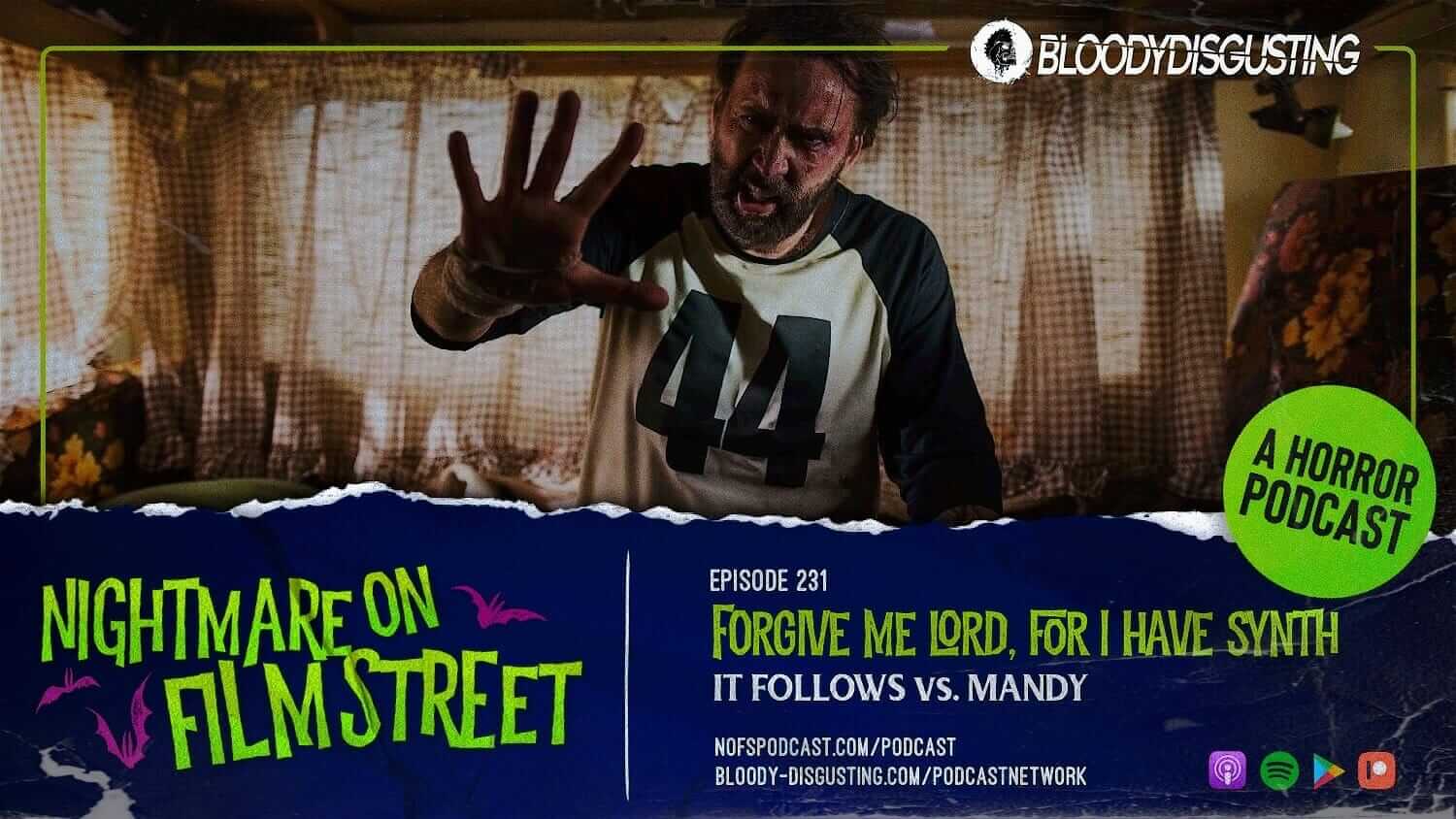