On this week’s episode of Nightmare on Film Street your horror hosts Jon & Kim are joined by writer/director Keith Thomas to discuss the dastardly demons in his super terrifying film The Vigil. It’s a Nightmare Alley interview filled with talk about breaking the traditions of religious horror, confronting your own personal demons, and how to build scares so effective that even Kim (a certified horror addict) can’t watch with her eyes open. Keith Thomas will also be directing Blumhouse’s upcoming remake of Stephen King’s Firestarter and you know we made sure to ask him a few questions about that! Join uss..

Unlock access to exclusive bonus content and earn some other frightfully good rewards; including shoutouts, merch discounts, and swag (like membership cards, stickers, and temporary tattoos!) by joining the Nightmare on Film Street Fiend Club. Join us and the rest of the Fiend Club for a very special March Break movie night presentation of Humanoids From The Deep in the newly unveiled Spooky Speakeasy! Full details HERE. 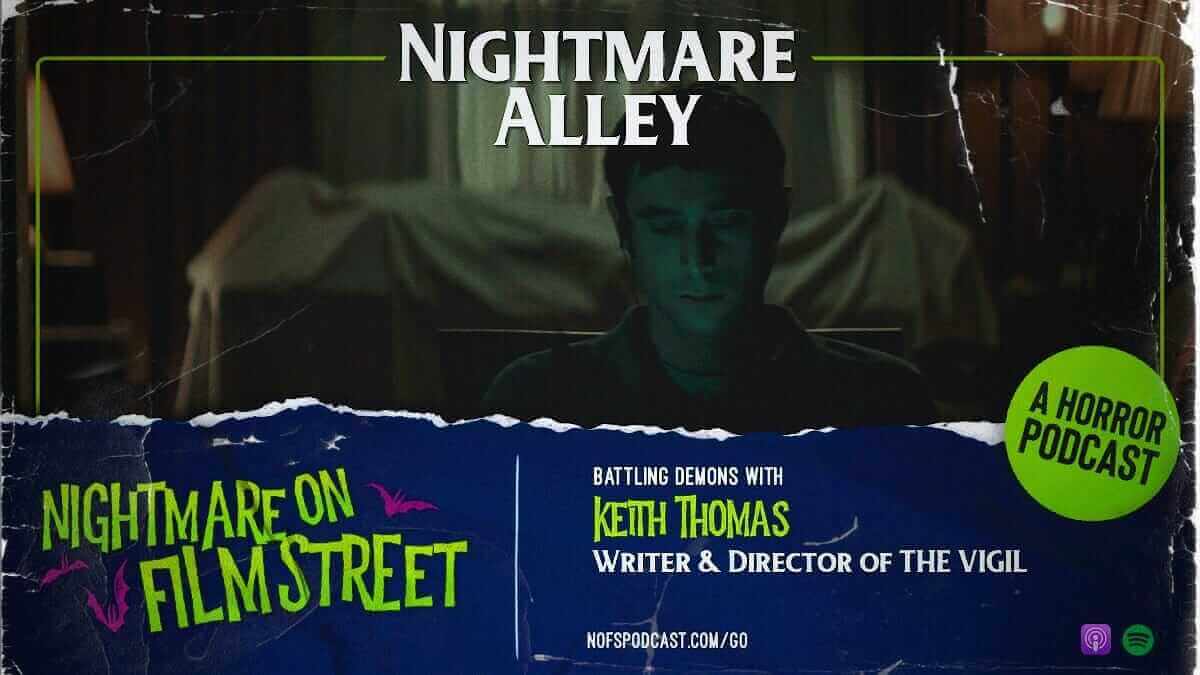