[Podcast] Nightmare Alley: In Conversation with Christopher Landon, Director and Co-Writer of FREAKY

Join Kim & Jon on this week’s Nightmare Alley episode as they sit down with Freaky director and co-writer Christopher Landon to discuss the body-swapping horror-comedy that features Vince Vaughn as a merciless killer AND a sixteen-year-old girl! Somewhere in there we also manage to talk about Halloween decorations, getting revenge on bullies, and how writing horror movies usually means daydreaming about inventive ways to kill people 🙂

This episode is co-produced, with the generous support of Dustin Lewis & Darra Stone. As always, let us know what you thought about this week’s episode on Twitter @NOFSpodcast, our Subreddit, and join our Horror group on Facebook to continue the conversation! And be sure to check out all of the other killer shows on the Bloody Disgusting Podcast Network HERE.

Unlock access to exclusive bonus content and earn some other frightfully good rewards, including shoutouts, merch discounts, and swag by  joining the Nightmare on Film Street Fiend Club! New supporters are automatically entered in a giveaway to win 1 of 2 Krampus Holiday Sweaters. Full details can be found HERE in the NOFS Fiend Club where members can also enjoy our full spoiler-filled discussion of Freaky in a brand new Drive Home From The Drive-In review of the film later this week! 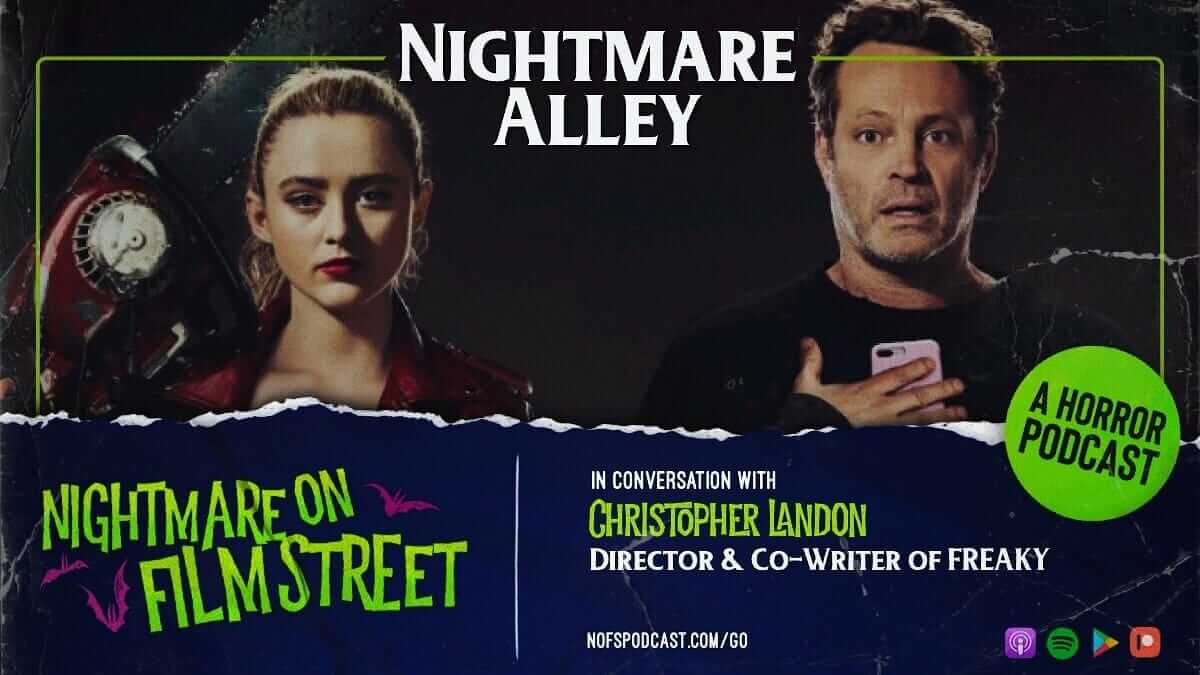