Getting old sucks, but fingers crossed your retirement won’t look like a Haunt at Halloween Horror Nights! Join your hosts Jon & Kim as they sit down with Axelle Carolyn, writer/director of Welcome To The Blumhouse’s The Manor to chat about the deliciously gothic surrounding of her newest film, and about the spooky supernatural creature stomping around an assisted living facility looking for new souls to devour. We also spend a lot of time talking about how cool Barbara Hershey and Sandy King are, and how elderly folks like to swear just as much as you do. Joinn usss…

This week’s episode of Nightmare on Film Street is brought to you by the horror short VODI from Lil Baker Films. Watch the trailer for this wild Dario-Argento-Meets-Walt-Disney horror short HERE. 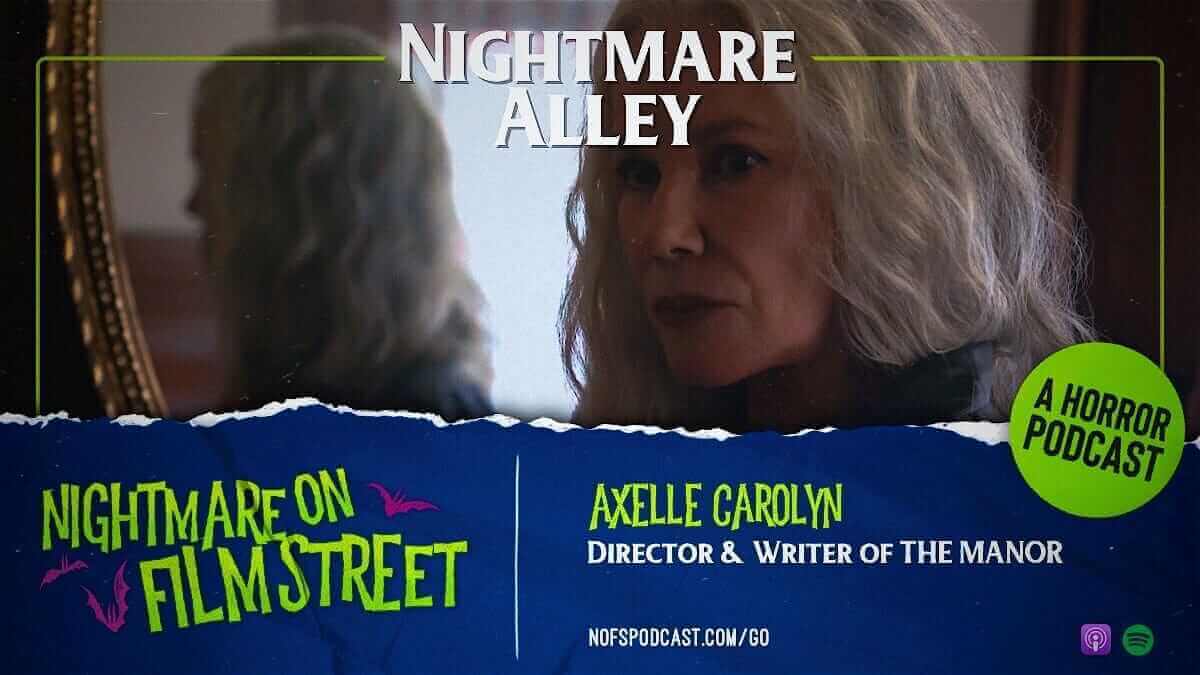