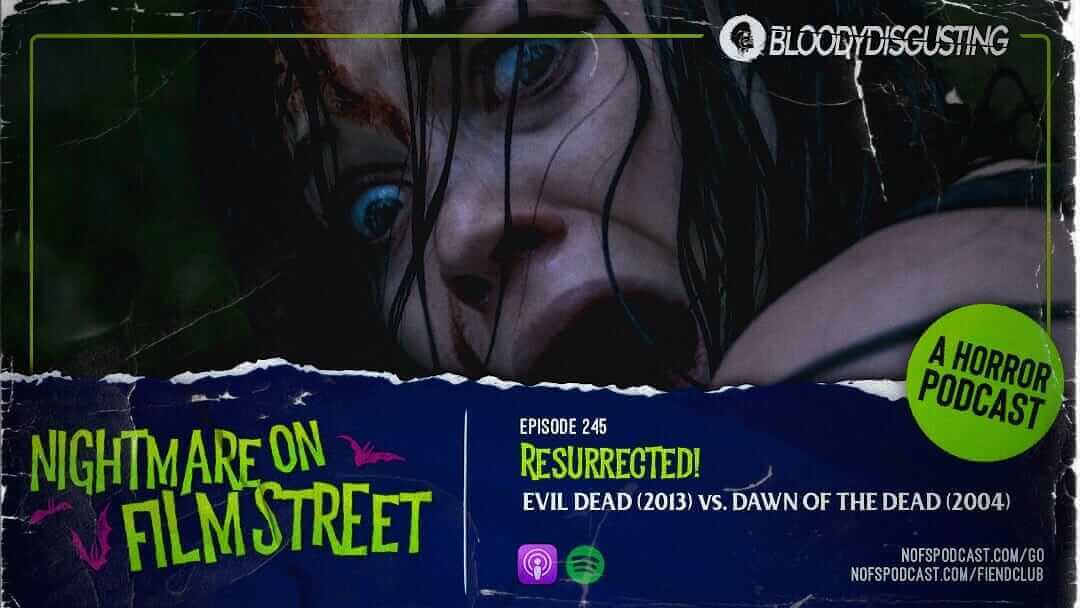 When there’s no more room in horror movie hell, the remakes will walk the earth! On this week’s episode of Nightmare on Film Street we’re rolling up our sleeves, taking out our shovels and digging up two of the most talked-about horror movie remakes of all time. Join your hosts Jon & Kim as they sit down to discuss all of the gory details of Fedde Alvarez’s Evil Dead (2013) and the fast-paced, fast-moving zombies of Zack Snyder’s Dawn of The Dead (2004). Join uss…

Unlock access to exclusive bonus content and earn some other frightfully good rewards; including shoutouts, merch discounts, and swag (like membership cards, stickers, and temporary tattoos!) by joining the Nightmare on Film Street Fiend Club! 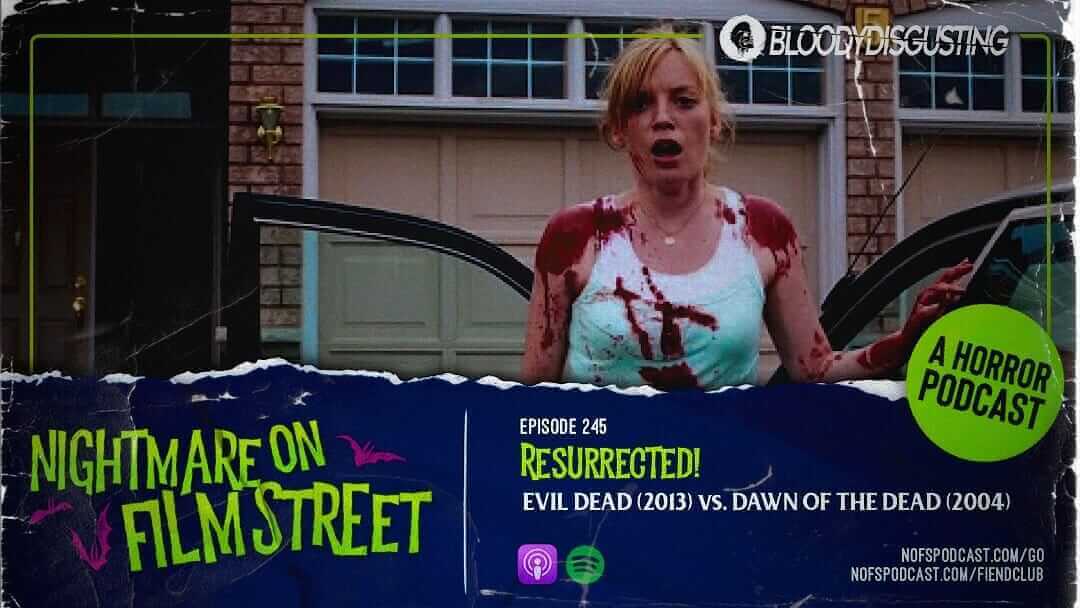