Would you consider yourself a good person? Like, if you were to suddenly die today and it turned out the Biblical doctrine was true all along, where do you think you will end up? Heaven or Hell? Did you spend your life helping others, or indulging in your vices? Seeing that it’s Hot As Hell this month at Nightmare On Film Street, the timing couldn’t be more perfect for the release of Mark Young’s Limbo, a legal drama with a religious twist. Young moves away from blood-curdling horror of his 2017 feature Feral, this time weaving in comedy with a cast of quirky and conniving characters.

Lowlife criminal and overall scumbag Jimmy Boyle (Lew Temple, The Devil’s Rejects) finds himself in a dark and dingy office, face-to-face with a young prosecutor named Balthazar (Lucian Charles Collier, Lords of Chaos). The last thing Jimmy remembers is his botched robbery of a pawn shop, which ended with him shooting two of the clerks before getting shot himself. Balthazar considers this a cut-and-dry case, that Jimmy is guilty beyond any doubt, but before Jimmy is sentenced, in walks Cassial (Scottie Thompson, Skyline), a rookie defense lawyer who believes she can get Jimmy a full pardon. After some cryptic banter, Jimmy is informed that he is dead. He’s being held in Limbo, and Balthazar and Cassial are angels representing Heaven and Hell, hired to determine where Jimmy will spend the rest of his afterlife. 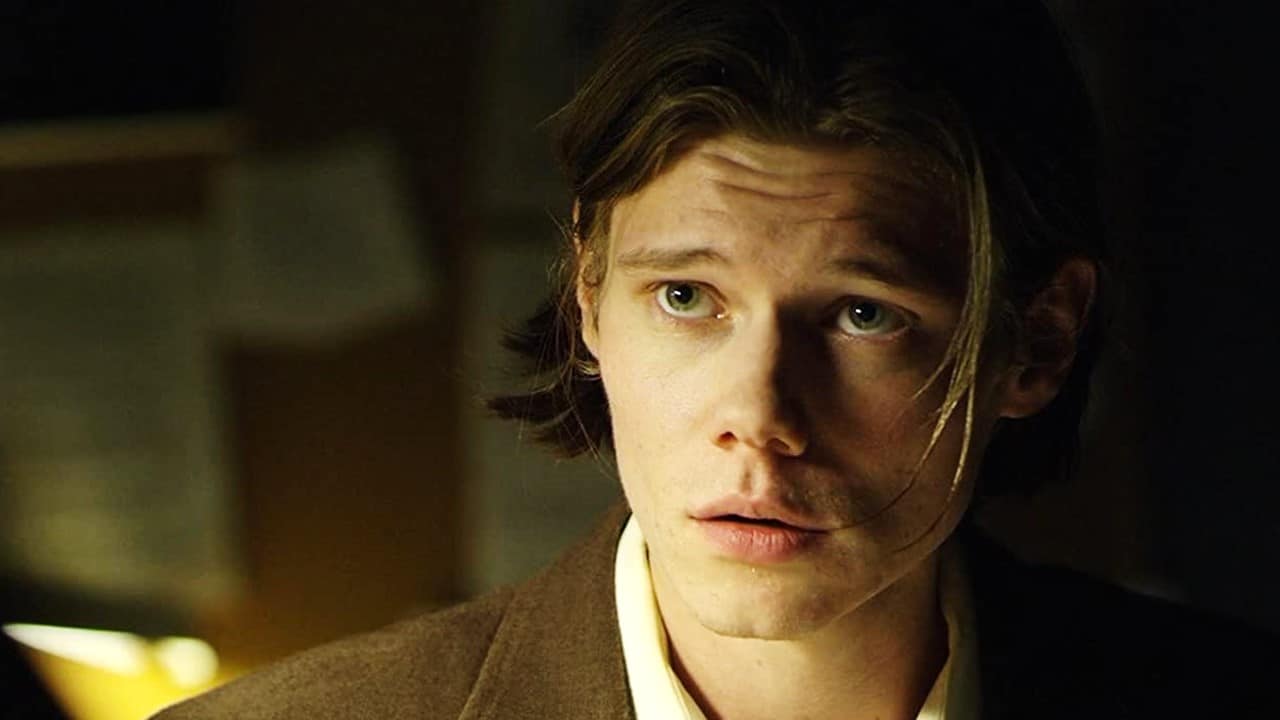 God has taken a special interest in Jimmy’s case, and as a result, so has Satan. Cassial is convinced she can win the case by painting Jimmy as a tragic character, a victim of a cycle of poverty and abuse. Meanwhile, the agents of Hell are not pleased that a murderer might have a shot of getting into Heaven, sending in Belial (Peter Jacobson, Fear the Walking Dead) to remind Balthazar that he needs to wrap up the case as soon as possible. The two angels bring forward character witnesses from Jimmy’s past to testify. As we learn more about Jimmy, it becomes less clear how he will possibly achieve redemption and why God would want to get involved.

Limbo reinforces the idea of a bureaucratic afterlife. Every human has their own file, detailing every sin and every good deed. Every angel and demon has a supervisor breathing down their necks. If the afterlife were an office building, Limbo would be a level up from the basement (AKA Hell), whereas Heaven is the penthouse few have access to. It reminds me of the Adult Swim show Your Pretty Face Is Going Hell, which depicts Hell as an endless plane of cubicles and demons as corporate drones performing meaningless tasks for their sadistic boss. Or for a more familiar comparison, it’s like the Netherworld in Beetlejuice—an astral realm bogged down by paperwork and procedures. In fact, the holding cell for the recently deceased in Limbo looks like it was inspired by the waiting room from Beetlejuice.

“[Limbo is] funny and enchanting, yet dark enough to satisfy a horror fiend like me.”

The makeup is simple, yet gets the job done. Jimmy is confronted by his recent victims, with fresh bullet holes in their head. As for the demons, they wear stubby horns glued to the forehead. The angels look like regular humans, though it probably wasn’t a mistake that casting chose actors who could moonlight as supermodels.

Balthazar is a fallen angel, resentful of the free will given to humans—or, as Balthazar calls them, “monkeys” – while angels have no choice but to obey God. His bitter rhetoric is similar to that of the fallen angels from Dogma. Balthazar is responsible for sending millions of souls to the Inferno, however Jimmy Boyle’s is the one trial that transforms him. Unfortunately, I wasn’t too convinced by Lucian Charles Collier’s performance. Throughout the film, he sticks to the same worn-out bored expression, which works in the beginning, as Balthazar thinks it’s just another day in the office. But as the case develops, Balthazar is met with a few snags in the road, including a tempting promotion from the higher-ups in Hell that would require him to become a full-time demon. I don’t feel Collier portrayed Balthazar as conflicted as I think he should have been.

Richard Riehle (Office Space, 3 From Hell) is absolutely delightful as Phil, the demon stenographer sitting off on the side. He’s just so pleased to be part of the process and to spend a few hours away from the heat of Hell. Phil tries to lighten the mood by telling dirty jokes, though he’s far more excited to get to the punchline than everyone else in the room is to hear it. Whenever Belial enters the room, Phil immediately cowers and tries to hide his face in his typewriter.

Most of the scenes take place in the same room; a cramped office space with industrial ventilation tubing hanging from the ceiling, making it look like a boiler room. On the side, is a door to Hell, with many characters coming in and out of, smoke billowing out every time the door opens. In this way, Limbo almost works as a theatrical play. We occasional flashback to Jimmy’s time on Earth, where the only redeeming part of his life was Angela (Lauryn Canny, Darlin’), his sweetheart neighbor who is forced to do sex work to pay the bills. The warm, yellow brightness of Los Angeles contrasts perfectly with the cold, dull dreariness of Limbo. At one point, Balthazar has a business meeting in a crowded bar in Hell with glowing red lighting. The bar is populated by drunk and smoking demons. I imagine this was the most expensive scene in the film, having so many extras that had to be fitted with prosthetic horns.

The script is smart and fits snuggly into the Christian mythology, recalling the great spiritual war between God’s army and Lucifer’s rebelling angels. The dialogue manages to build an entire world, without showing too much. We really get a sense that Limbo’s legal system has been in place for thousands of years, with Phil bringing up the past trials of Adolf Hitler, Richard Nixon and Vlad the Impaler. In the final act, we get an appearance from Lucifer, in a portrayal by James Purefoy (The Following) that’s both flamboyant and malevolent, on par with Peter Stormare’s in Constantine (2005). Even though I’ve been referencing other divine depictions in cinema throughout this review, I have never encountered a film quite like Limbo. I think the execution of such a concept turned out to be fairly successful for such a low-budget project. It’s funny and enchanting, yet dark enough to satisfy a horror fiend like me.

“I have never encountered a film quite like Limbo.”

Limbo was released on August 4th on DVD and Digital from Uncork’d Entertainment. Let us know what you thought of the film over on Twitter, in the Nightmare on Film Street Subreddit, and on Facebook in the Horror Movie Fiend Club! 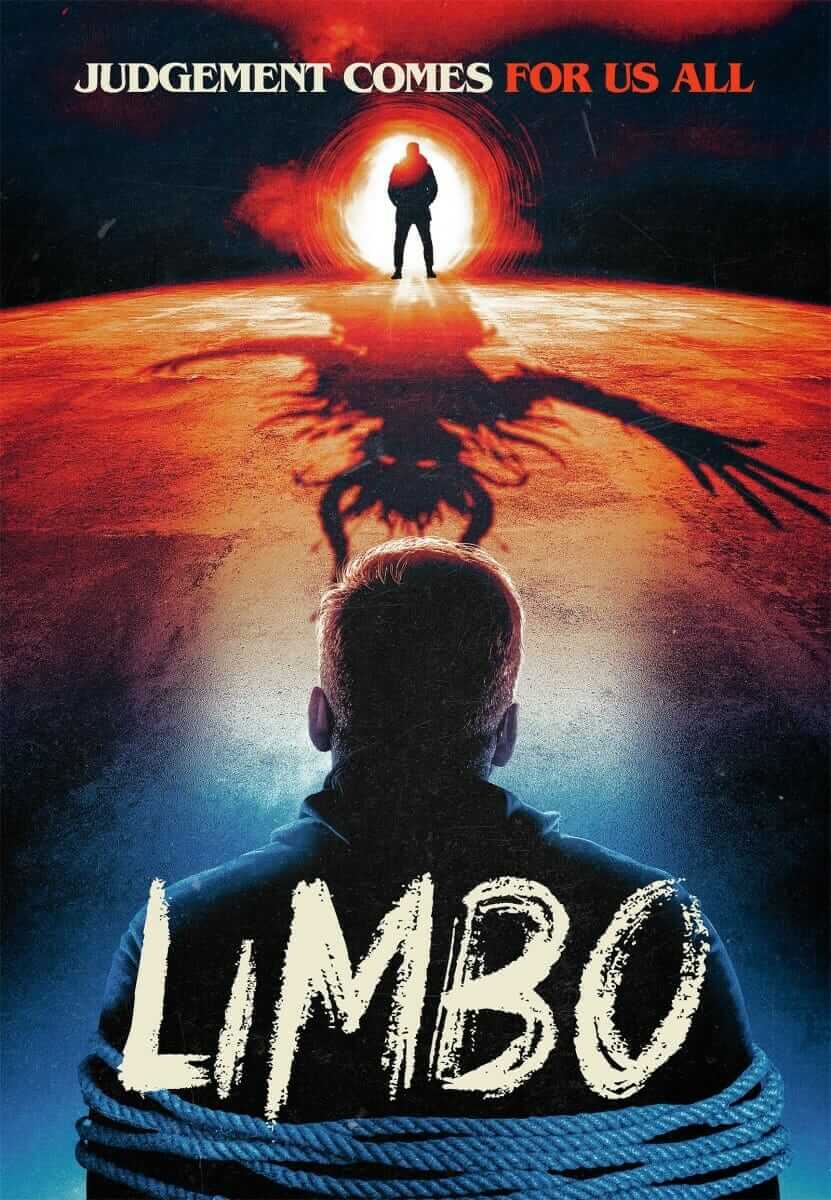 TLDR The script is smart and fits snuggly into the Christian mythology, recalling the great spiritual war between God’s army and Lucifer’s rebelling angels. The dialogue manages to build an entire world, without showing too much.Even though I’ve been referencing other divine depictions in cinema throughout this review, I have never encountered a film quite like Limbo. I think the execution of such a concept turned out to be fairly successful for such a low-budget project. It’s funny and enchanting, yet dark enough to satisfy a horror fiend like me.