[Review] BRAHMS: THE BOY II Is All Dolled Up With Nowhere To Go “Pleasant surprise” is the best way to describe The Boy. Although fated to be another January casualty back in 2016, the film surpassed expectations. Director William Brent Bell and writer Stacey Menear pulled a wonderful bait-and-switch on audiences. They indulged everyone’s assumptions before turning the tables in the best way possible. Now, leaving room open for a sequel is par for the course in horror. How does one continue a movie that heavily rests on its single-use twist, though? A retread would only raise complaints, whereas totally veering off course alienates fans of the original. In any case, Brahms: The Boy II is a strange follow-up. Everything that made the first movie so successful is fundamentally undone in this ill-conceived sequel.

“..Brahms: The Boy II is a strange follow-up. Everything that made the first movie so successful is fundamentally undone in this ill-conceived sequel.”

Another traumatized woman finds herself tormented by the doll Brahms. Liza (Katie Holmes) and her young son Jude (Christopher Convery) narrowly survived a home robbery gone wrong. Months have passed and neither mother nor son have fully recovered. Liza doesn’t want to talk about the ordeal with her husband Sean (Owain Yeoman), and Jude suffers from elective mutism. In a bid to heal, the family moves to an English country guest house. While exploring the grounds, the son finds a porcelain doll buried in the woods. Jude immediately takes a shine to the toy, which he names “Brahms.” As the family adjusts to their new surroundings, a series of unusual events take place. Liza suspects her son is acting out, but she soon wonders if Jude‘s new friend is behind these incidents. The Boy II features a larger ensemble of characters this time around. Aside from the main family, Sean‘s relatives pay a short visit. Can’t forget the shady groundskeeper Joseph (Ralph Ineson) or Jude‘s insightful therapist (Anjali Jay) either. Had this been a slasher, a bigger cast is an easy way to pad the body count. Hardly anyone dies here so that’s a moot point. Instead, having so many players at any given moment creates a very busy environment. Any chance at eerie ambiance is undercut by scenes that feel crowded rather than menacing. The last movie isolated Lauren Cohan’s Greta to great effect. With Liza so preoccupied by more than just Brahms, there’s zero suspense before or after the reveal.

The sequel is especially earnest when depicting Liza‘s anxiety. In fact, her near-fatal encounter with the robbers is the scariest thing in The Boy II. This plot point is an able way of getting the characters into another bad situation. Also, using Liza‘s inability to heal as a way to fuel Jude‘s own condition is astute. There are times where one can’t help but wonder if Liza‘s dread has manifested. The way in which Menear’s script approaches trauma is more keen than last time. At the very least, some sense of psychology adds to the movie’s fleeting ambiguity. (Mild Spoilers ahead!) In the previous movie, viewers were lulled into thinking Brahms was indeed animate. Acceptance of that possibility made for some fine thrills. In the sequel, the doll is nothing like his former self. There is physical movement — shifting eyes and head-turning — too explicit to deny or explain away. Having the toy sit completely still would have been a better choice, but it’s clear the rules have changed. No longer is doubt imperative to the lore of Brahms.

“Doing away with the first movie’s established history is regretful.”

Doing away with the first movie’s established history is regretful. It’s as if this film was made for people who didn’t see the original. As for everyone else, they bear witness to slapdash and unnecessary retconning. It’s understandable that Bell and Menear don’t want to repeat themselves. Mind you, the biggest horror franchises have managed to, more or less, maintain a consistent mythos while keeping things relatively fresh.

Overhauling the core story begs the question—”Why?” The outcome is the exact opposite of the first film. Nonsensical and unimaginative, the sequel offends on almost all counts. Even as a standalone, it’s dull and rash. If this movie is an attempt at building a franchise, it’s a poor jump-off. Brahms: The Boy II undermines its beginnings by inspiriting its namesake, but, sad to say, the end result still feels lifeless. 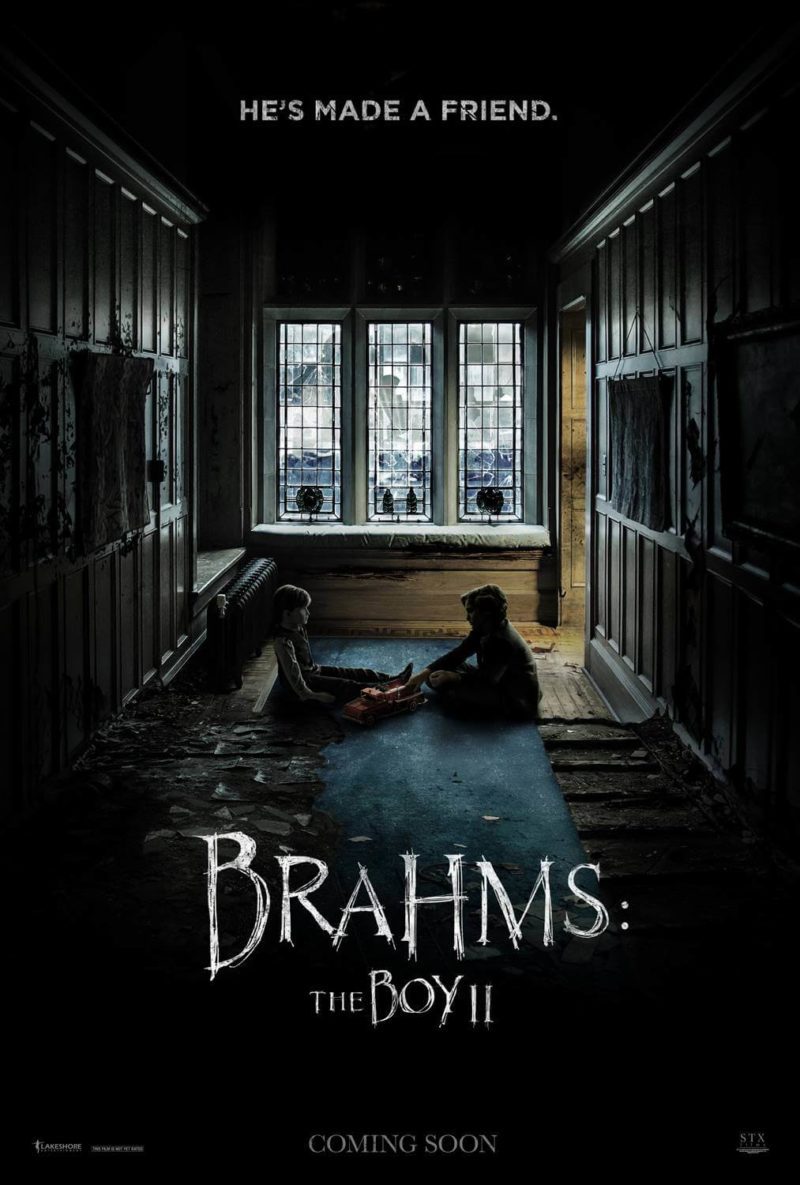 TLDR Brahms: The Boy II is a strange follow-up. Nonsensical and unimaginative, the sequel offends on almost all counts. Everything that made the first movie so successful is fundamentally undone in this ill-conceived sequel.