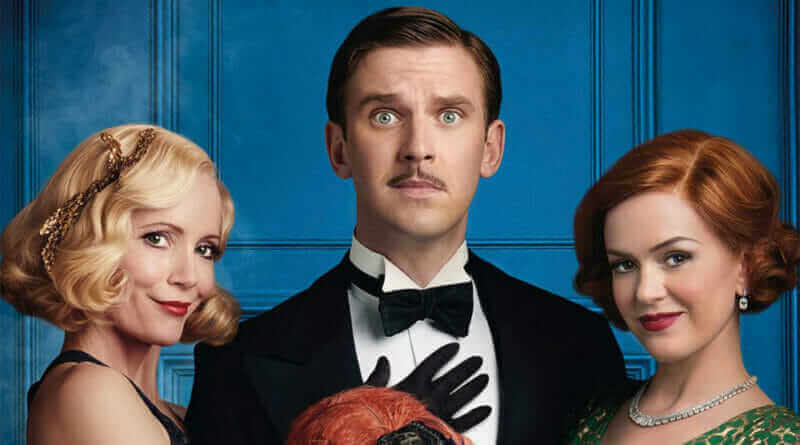 It’s hard being a second wife, particularly when the first is still haunting your husband.

Haunting and Hijinks are on the menu in Blithe Spirit, the zany British comedy directed by Edward Hall. With an all-star cast and primo source material, this little spectral spectacle should be a smooth sailing romp. While we jazz through skeptical seances, deek n’ duck well-dressed apparitions causing a poltergeist’s weight of a fuss, the film struggles to convey consistent motivations and keep our ghost in the spotlight. The ghosts have come to play, but what, why, and how come are left up to the tarot cards to figure out.

“Haunting and Hijinks are on the menu in Blithe Spirit, the zany British comedy directed by Edward Hall”

Based upon the 1941 play of the same name by Noël Coward, and adapted for the screen by Nick Moorcroft, Meg Leonard, and Piers Ashworth, Blithe Spirit follows mystery writer turned struggling screenwriter Charles Condomine (Dan Stevens, The Guest), who lives in a grand estate with his second wife Ruth (Isla Fisher, Scooby-Doo). After a night on the town to see psychic Madame Arcati (Judi Dench, Murder on the Orient Express, 2017), which goes horribly awry, Charles invites Madame Arcati to his home to perform a private seance. Before she arrives, he reveals to Ruth that he plans to add a psychic plot to his screenplay, and believing Madame Arcati to be a farce, he’ll be able to witness her tricks of the trade first hand. 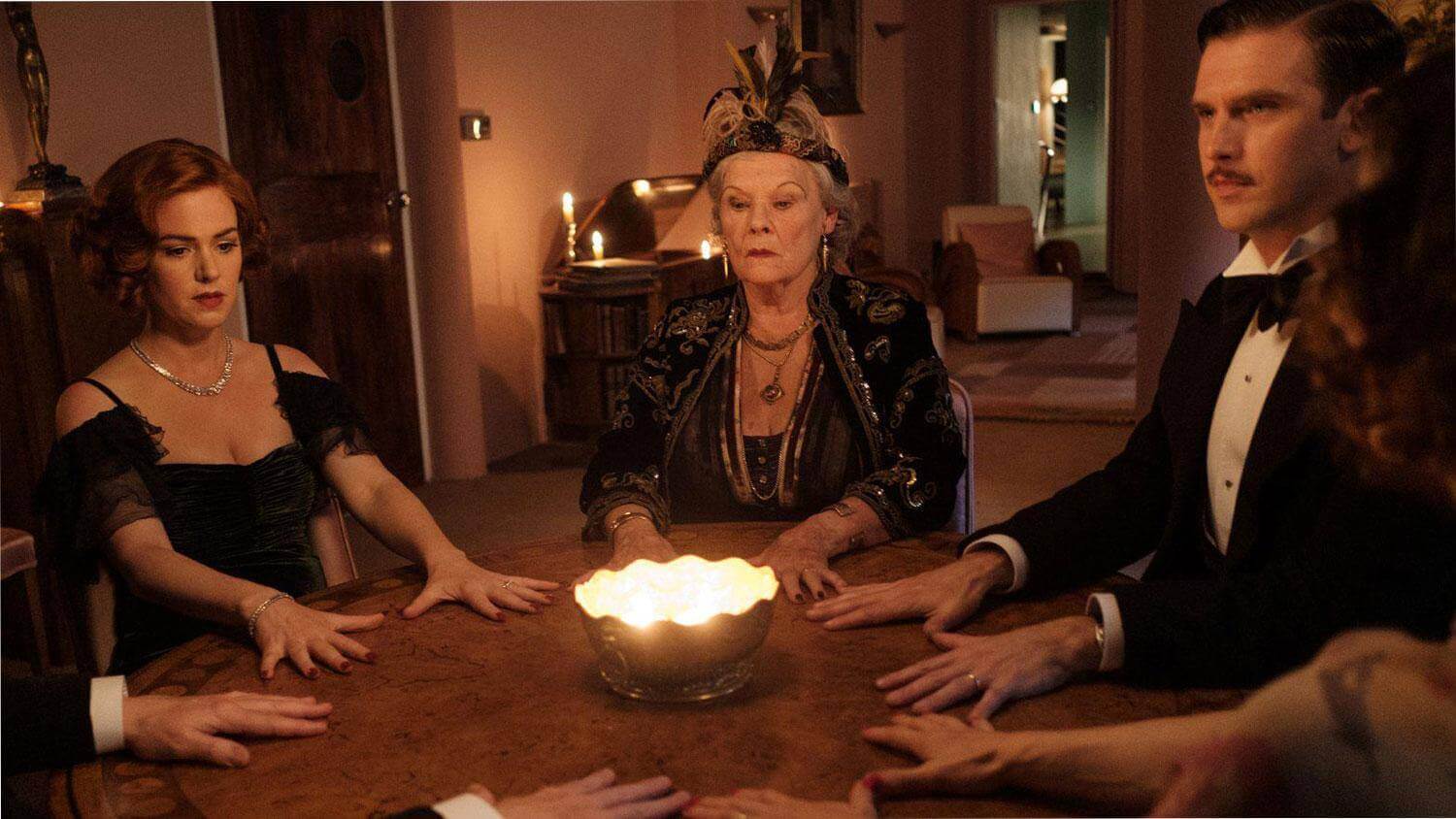 An eccentric woman, Madame Arcati’s seance proves to be entertaining, even if she only happens to manifest a jiggling table before passing out during her theatrics. With the seance a bust, The Condomine’s bid their ghost host adieu.

But as strange as the seance ended, it appears it is not over. A spirit has been roused. Plain as day, Elvira Condomine (Leslie Mann, ParaNorman) Charles’ first wife, appears before him. A fully formed apparition dripping in 30s best, she learns of her untimely death and Charles’s remarriage. While she settles in to haunt a home that’s no longer hers, Charles seeks to abuse her writing skills to help pen his stagnant screenplay, while Ruth works with Madame Arcati to exorcise the third wheel in her marriage.

Set during the height of the roaring 30’s, Blithe Spirit is ripe with period fashions, hairstyling, and a fun, fresh color palette. Our female leads played by Isla Fisher, Leslie Mann, and Judi Dench, all stun in their own right. Isla’s garden best frocks and frills, Leslie’s femme fatale silhouettes and matching tilted caps, and Dench’s long necklaces and ornamental feathers fit for a guru tiptoeing the spiritual plane. 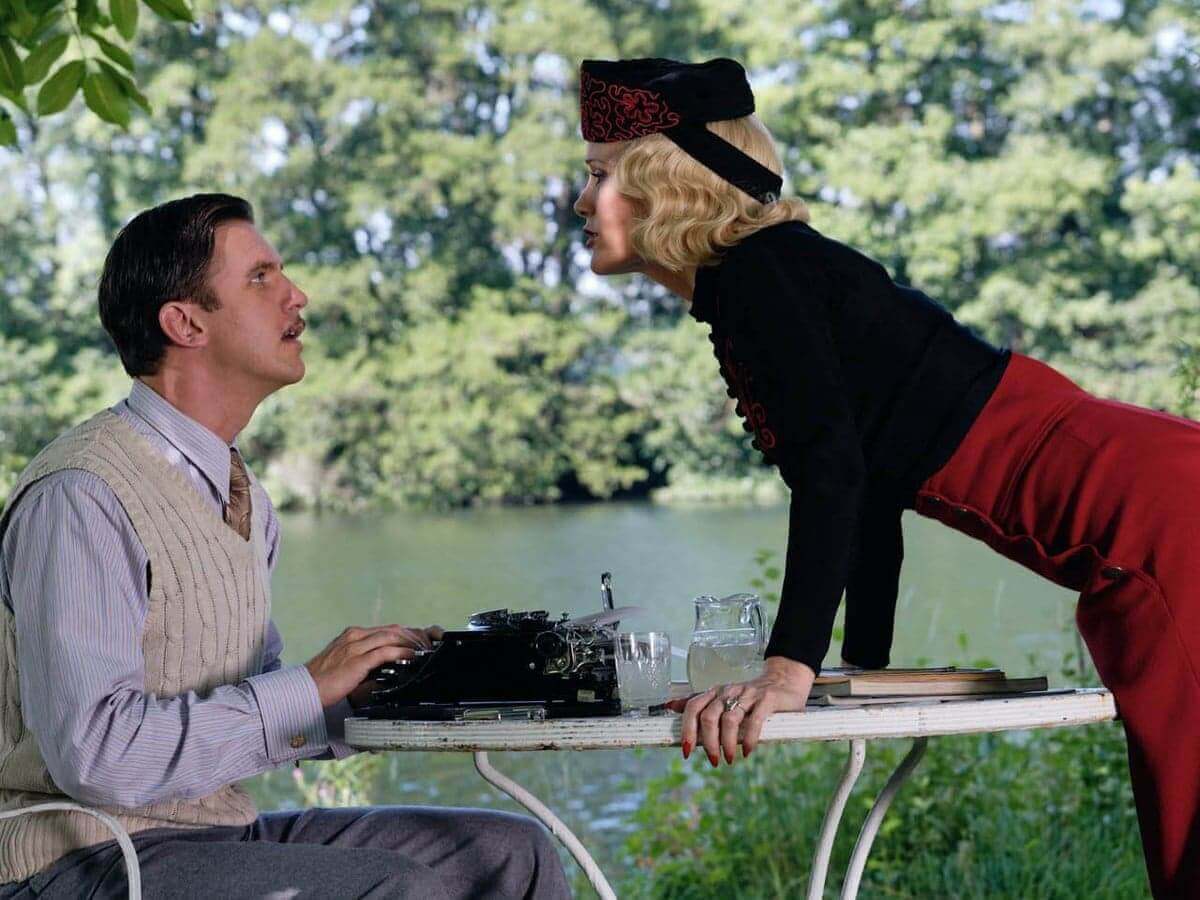 But while our ghost is consistently well-dressed and keeps us engaged with the film’s costume design, poor Elvira’s motivations flutter from scene to scene. She chases out the cook with disembodied butcher knives, destroys dishes, ruins gardens, and gets barely a one-liner to justify half the haunts that seem to be playing straight to the editor charged with cutting the trailer.

Our living cast don’t fare much better. Charles has been charged with adapting his first novel for the screen, and though Elvira’s appearance throws a short wrench into the mix, he has no problem capitalizing on his first wife’s writing prowess, even if the audience isn’t always on board with his otherwordly philandering on the well-meaning Ruth – who’s put through the wringer emotionally in this film but treated as no more than a garden ornament for the first half.

What should be a quick-witted back-and-forth comedy of errors with Charles zinging quips to an invisible and devious Elvira while a scorned Ruth questions her husband’s sanity, quickly becomes a muddled hodge-podge when the screenwriting subplot is added to the mix. A ghost in the house is already enough to deal with, and we aren’t even sure what she wants half the time already.

Blithe Spirit will be in select theatres, digital, and VOD February 19th from IFC films. Do you like spooky seances in your cinema? Let us know over in the Nightmare on Film Street Discord, Reddit, or our Facebook Group!

TLDR Haunting and Hijinks are on the menu in Blithe Spirit, the zany British comedy directed by Edward Hall. With an all-star cast and primo source material, this little spectral spectacle should be a smooth sailing romp. While we jazz through skeptical seances, deek n' duck well-dressed apparitions causing a poltergeist's weight of a fuss, the film struggles to keep motivations constant and keeping our ghost in the spotlight. The ghosts have come to play, but what, why, and how are left to the tarot cards to figure out.