[Review] CHILLING ADVENTURES OF SABRINA: PART 3 Offers A Hell of a Third Season 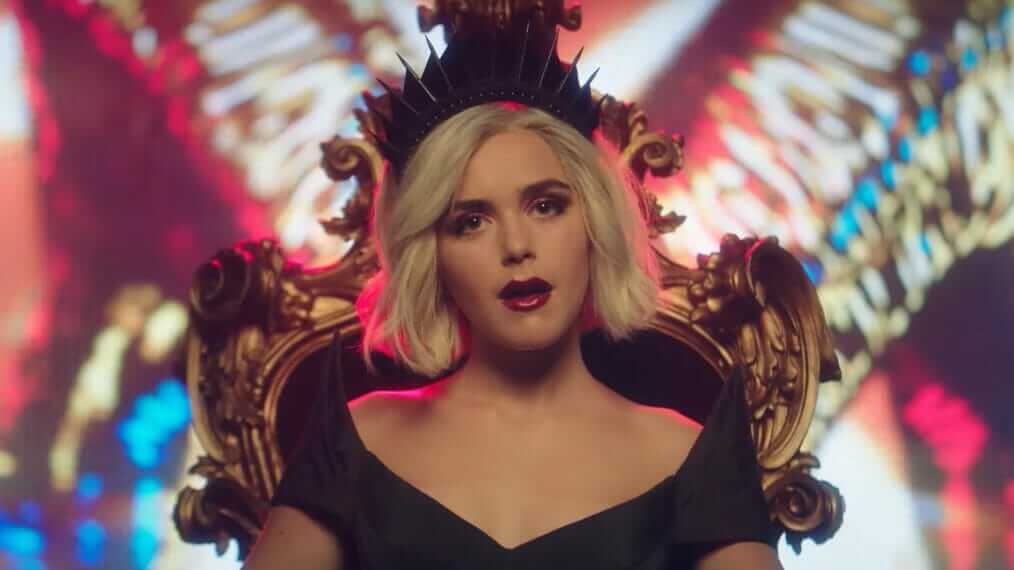 The wait is over, and we can finally binge Netflix’s Chilling Adventures of Sabrina: Part 3! I for one have been looking forward to the third installment in this adaptation of Roberto Aguirre-Sacasa’s horror comic of the same name since last year’s finale. The intense Part 2 finale saw Sabrina trick and trap Lucifer himself making Lilith the Queen of Hell and leaving us in suspense as to the fate of the Academy of Unseen Arts and Sabrina’s love interest Nicholas Scratch!

Well, Chilling Adventures of Sabrina: Part 3 wastes no time in addressing these mysteries with the first episode entailing an Oz-inspired incursion into Hell with the purpose of rescuing Nick Scratch. Also not wasting any time on the other plot hooks from the finale, we pick up the chase for Father Faustus Blackwood who has eluded capture since the finale as well as the Spellman Sisters‘ attempt to reestablish the Academy of Unseen Arts with Zelda as the new Directrix.

“Chilling Adventures of Sabrina: Part 3 forms one of the strongest seasons of the series so far. With the first two parts serving to establish important characters and relationships this season can really hit the ground running.”

Chilling Adventures of Sabrina: Part 3 follows the familiar “monster of the week” format used throughout the series, but with a lot more seasonal arcs than before. It’s clear there are bigger forces at work this season, and that means bigger stakes and bigger stories. One such sees the several hints throughout the previous seasons such as references to Miskatonic University come to fruition with an early mention of Deep Ones, Old Ones, and Eldritch Terrors. I won’t go into specifics on this, but if you’re a cosmic horror fan, this season has some surprises in store for you!

Another seasonal arc, and perhaps the more important, is Sabrina’s struggle with the forces of Hell and particularly her interactions with a contender to the throne named Caliban. Caliban presents an interesting foil for Sabrina’s darker side while also providing quite a bit of eye candy for the viewers. Played by Sam Corlett in his first major role, Caliban remains a recurring character throughout the season, though his intentions shift and remain suspect throughout. Horror fans, in general, have a lot to look forward to this season as well. Special effects are much improved over past seasons with the make-up effects on the denizens of hell being a standout. The season pays homage to several classic horror films such as nods to Hellraiser, Nightmare on Elm Street, The Fly, and not to mention some Bradbury-esque imagery introduced early in the season. But one could expect a horror series to be top-notch in the horror department. What comes more unexpected is the slice of life portion of Chilling Adventures of Sabrina in Baxter High.

There are the typical high school problems such as navigating teen relationships with friends and significant others only compounded by the addition of magic and the forces of darkness. Nevertheless, these issues are handled with a sense of maturity that has come to be expected from recent teen dramas. Looking specifically at Theo’s development since the beginning of his transition in earlier seasons, Chilling Adventures of Sabrina: Part 3 offers a look at how his transition is handled by a new love interest. Which is to say pretty well, focusing on what Theo is and not what Theo used to be. I don’t have too much insight into this in particular as I don’t want to speak for those in a similar position, but it is refreshing to see the topic given such a focus and in a positive light.

“[…] if you’re a cosmic horror fan, this season has some surprises in store for you!”

Another topic that should be mentioned is Nicholas Scratch. This is a slight spoiler for episodes 1 and 2, so if you would like to go in blind, skip to the next paragraph. Nick’s arc this season is interesting following his rescue from Hell and subsequent separation from Lucifer within him. Chilling Adventures of Sabrina: Part 3 takes the idea of having Lucifer inside of Nick literally and presents this as a rather unsubtle metaphor for sexual assault. I’m not quite sure what to make of this as, again, it is somewhat ham-fisted in approach with Nick falling into a depression with a change in behavior and substance abuse. Regardless of how it was handled, Gavin Leatherwood’s performance is truly a standout for Part 3.

On to lighter aspects of Chilling Adventures of Sabrina: Part 3, the amount of musical numbers in this season is surprisingly high. Though enjoyable, the dubbing is a bit awkward and takes one out of the immersion a bit. The musical numbers are to be expected in an Archie comics adaptation as each had band tie-ins such as The Archies or Josie and the Pussycats. Riverdale, the CW’s adaptation of Archie comics also contains this trope and is further revealed to be part of the same universe as Chilling Adventures of Sabrina with several references to Riverdale and its characters. Perhaps the weakest point in Chilling Adventures of Sabrina: Part 3 is unfortunately in its finale. Spoilers ahead so skip to the next paragraph if you are spoiler averse! You have been warned! The finale makes liberal use of the eldritch egg with temporal properties obtained earlier in the season. Sabrina must use the egg to reverse an entire apocalypse that has transpired following her imprisonment in the 9th ring of Hell. This comes across as a bit cheap as it invalidates the events of the previous episodes, effectively wasting the audience’s time and losing their trust in the process.

As a whole, though, Chilling Adventures of Sabrina: Part 3 forms one of the strongest seasons of the series so far. With the first two parts serving to establish important characters and relationships this season can really hit the ground running. Though the season stumbles in the finale, once the plot get’s going it’s quite a ride! With so many arcs taking place concurrently, the season does a good job of weaving in and out and organically progressing the story. Although some themes are handled with less subtlety than they maybe deserve, the fact that those themes are even broached is a testament to the social responsibility prevalent in horror today. TLDR As a whole, though, Chilling Adventures of Sabrina: Part 3 forms one of the strongest seasons of the series so far. With the first two parts serving to establish important characters and relationships this season can really hit the ground running. Though the season stumbles in the finale, once the plot get's going it's quite a ride! With so many arcs taking place concurrently, the season does a good job of weaving in and out and organically progressing the story. Although some themes are handled with less subtlety than they maybe deserve, the fact that those themes are even broached is a testament to the social responsibility prevalent in horror today. Chilling Adventures of Sabrina: Part 3 weaves mundane high school problems with cosmic and mystical issues into a fascinatingly dark tapestry that leaves the viewer wanting more by the end.