Will Wernick’s No Escape is the latest in a line of movies that exploits concerns hanging over social media. Unlike other filmmakers who tackle those issues head-on, he chooses a roundabout way; this involves jetting a popular influencer to Russia for his birthday. His friends reveal they’re on their way to an exclusive escape room, but once they get there, the participants realize this is no mere game.

Birthday boy Cole Turner (Keegan Allen) seems like he’s living the high life; he has twelve million followers on top of all the money he could ever ask for. However, it’s clear after ten years of putting on a happy face online every day, Cole may no longer be able to separate his two lives. It’s gotten to the point where his loved ones, including his girlfriend Erin (Holland Roden), wonder just how sincere he really is when the camera is off.

In mid-flight, Cole‘s friends — Thomas (Denzel Whitaker), Sam (Siya), and Dash (George Janko) — surprise him with the escape room news. He’s initially disappointed because he’s worried he can’t vlog there, but his pals swear it’s unlike any other room he’s even been in; it was custom made for Cole. Before the group ever reaches their destination, they get in trouble with some Russian locals. The altercation so happens to bring up Erin‘s most pressing issue with her boyfriend: Cole maybe cares more about his social profile than he does about her. Once inside the ominous and elaborate escape “room” that resembles a squalid prison, Cole and the others are separated. Everything seems good and fun, too, until the extreme torture traps laid out for them turn out to be very real. 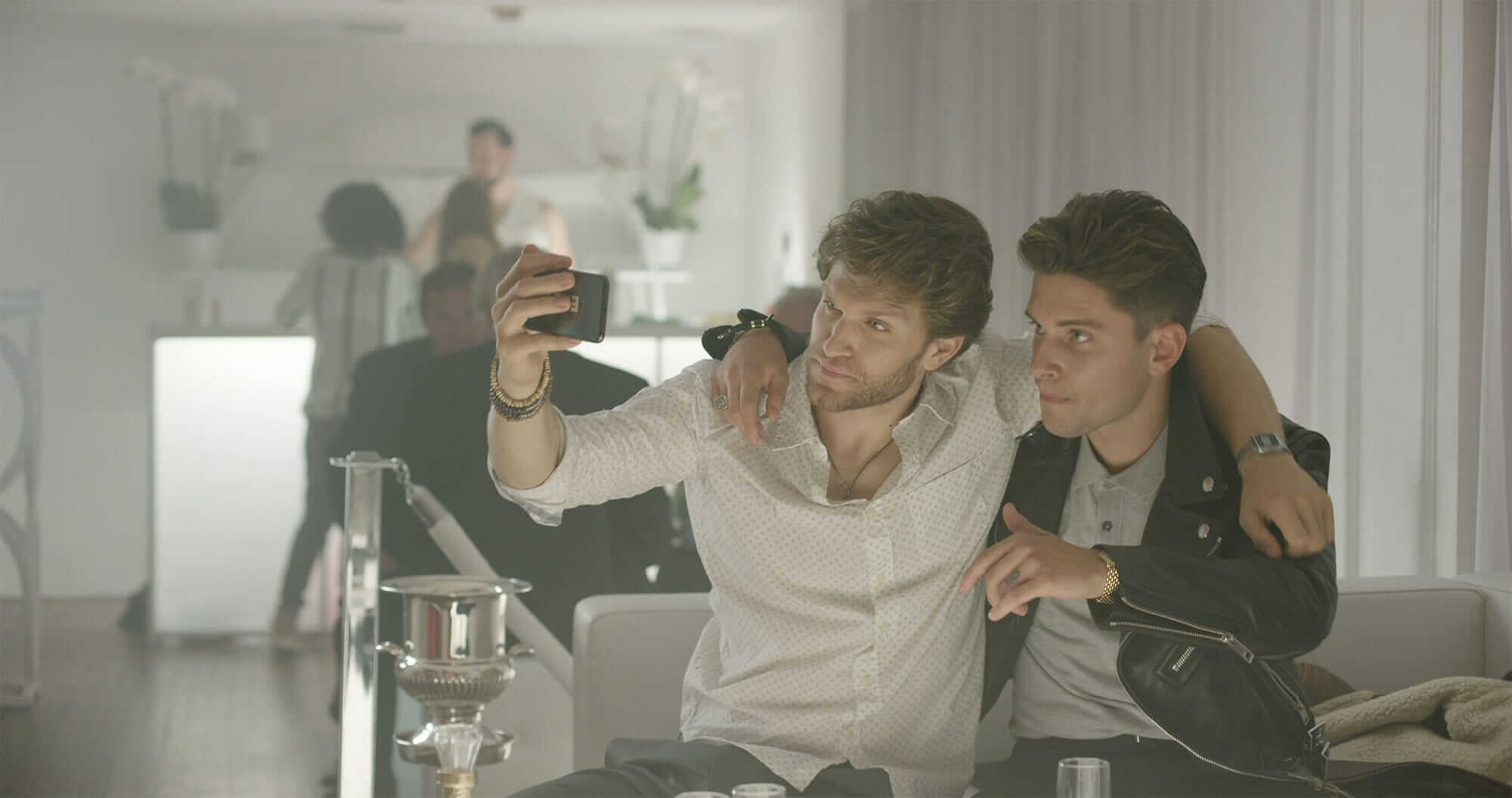 The horror genre has a history of wariness when it comes to new trends. It was one of the first to speak on the potential ills of the Internet and reality television, and now they are at the forefront about social media’s role in creating false impressions. The lives influencers lead offline are presumably nothing like the ones they post every day; Cole is no exception. Coming off a decade of performing for his many followers, he is visibly unable to disengage from the falsities he created. This is illustrated when he almost ignores his girlfriend’s attempted assault because he was too busy talking to fans.

Anyone who spends enough time online is well aware of the hazards of social media. And those exact people aren’t going to be all that surprised by the events of No Escape, much less how the message is finally conveyed in a dealbreaker of an ending; the delivery system is about as subtle as a bull in a china shop. The conclusion is not quite as clever as the script intended, especially for experienced viewers who saw the outcome a mile away. Nevertheless, it’s a betrayal of not only the story but also the audience’s understanding. This undisguised commentary on people who struggle to differentiate between what’s real and what’s fake is, once again, not going to make the more cognizant viewer bat an eye. Overall, Wernick’s movie is a patchwork of strengths and weaknesses. The main cast’s acting is above the mean, and there are enough delicate and earnest moments between several characters to garner sincere sympathy. On the other side of things, the proposed villains act outdated Eastern European stereotypes that are somehow still in wide use today. The tension is mechanical, if not functional, and the rigged traps are little competition for anything ever unleashed in the Saw franchise; the film’s torture garden will drum up some moderate suspense for anyone who misses movies like Hostel. The film never quite hits that peak level of gratuitous violence and sadism, nor does it emulate the clever design and world-building of Adam Robitel’s Escape Room.

Although No Escape is a victim of its own pitfalls, it assembles everything borrowed from other movies in an orderly and precise container. It won’t take an impossible code to crack this movie’s casing when looking for a not-so-hidden meaning, yet if one is up to the challenge, there is cursory entertainment to be found here.

“[No Escape‘s] torture garden will drum up some moderate suspense for anyone who misses movies like Hostel.”

No Escape is now playing in select theaters as well as available at digital retailers. Share your thoughts on this movie with the Nightmare on Film Street community on Twitter, in our Official Subreddit, or in the Fiend Club Facebook Group! 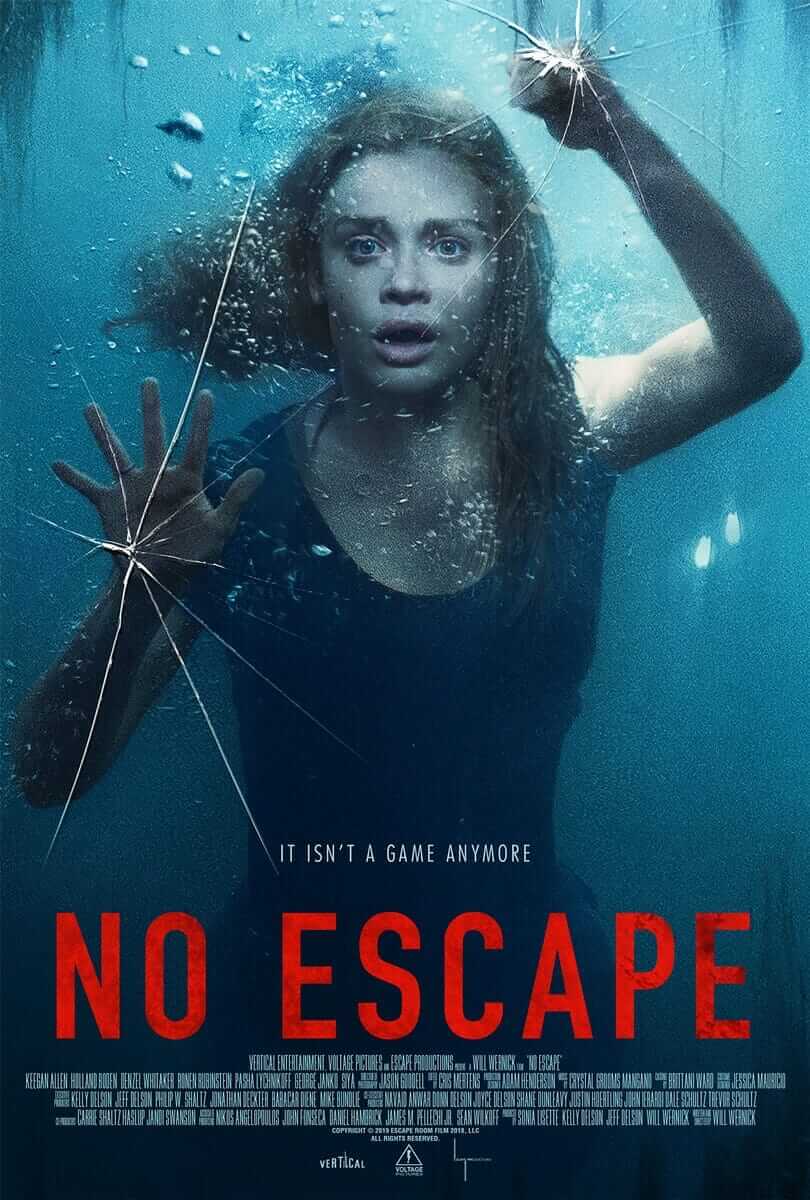 TLDR movie is a patchwork of strengths and weaknesses. The main cast's acting is above the mean, and there are enough delicate and earnest moments between several characters to garner sincere sympathy. The tension is mechanical, if not functional, and the rigged traps are little competition for anything ever unleashed in the Saw franchise; the film's torture garden will drum up some moderate suspense for anyone who misses movies like Hostel. Although No Escape is a victim of its own pitfalls, it assembles everything borrowed from other movies in an orderly and precise container.