England’s infamous Borley Rectory is the inspiration behind Christopher Smith’s latest film, The Banishing. At the heart of the story is a newlywed who moves into an old house with her devout husband and her estranged daughter. In due time, the haunted history of the residence becomes apparent and the new tenants are put under a dark spell.

During the Second World War, Marianne (Jessica Brown Findlay) has reunited with the daughter she gave up at birth, Adelaide (Anya McKenna-Bruce). Their new quarters, a country estate provided by husband Linus‘ (John Heffernan) church, is the talk of the area. Specifically, an eccentric spiritualist named Harry (Sean Harris) has come to warn the new owners of the house’s dark record; bad things happened there and will continue to happen so long as certain atrocities remain unresolved. Marianne finally digs deeper into the past in hopes of saving her family from the house’s sinister hold.

“It’s regretful to see a noteworthy filmmaker [like Christopher Smith] clipped of his style and strapped down with such a middle-of-the-road story.”

It’s been a decade since Smith directed a traditional horror movie; he left audiences wanting more after the likes of Creep, Severance, and Triangle. His return to the genre is unfortunately a patchwork job and devoid of his signature voice and direction. He’s not entirely to blame as the movie’s script is written by parties other than Smith. David Beton, Ray Bogdanovich, and Dean Lines assemble a collection of haunted house clichés, not to mention reiterate the fact many monstrosities have been carried out in the name of religion. It’s regretful to see a noteworthy filmmaker be clipped of his style and strapped down with such a middle-of-the-road story.

Offsetting the film’s flaws is Findlay, who breathes life into a tale so stock it’s covered in the dust of other similar and better movies. Her character has a distinct personality even if it appears incongruous given the time period’s general ethos. Marianne was previously criticized for having a child out of wedlock, and even now, people still treat her unfairly because of it. Another of her frustrations stems from the severe lack of physical intimacy between her and Linus; the reverend is a prisoner of pious theology. As for Marianne‘s strained relationship with Adelaide, the mother and daughter are struggling to reconnect. This rift is where the house sees its chance to seize control. 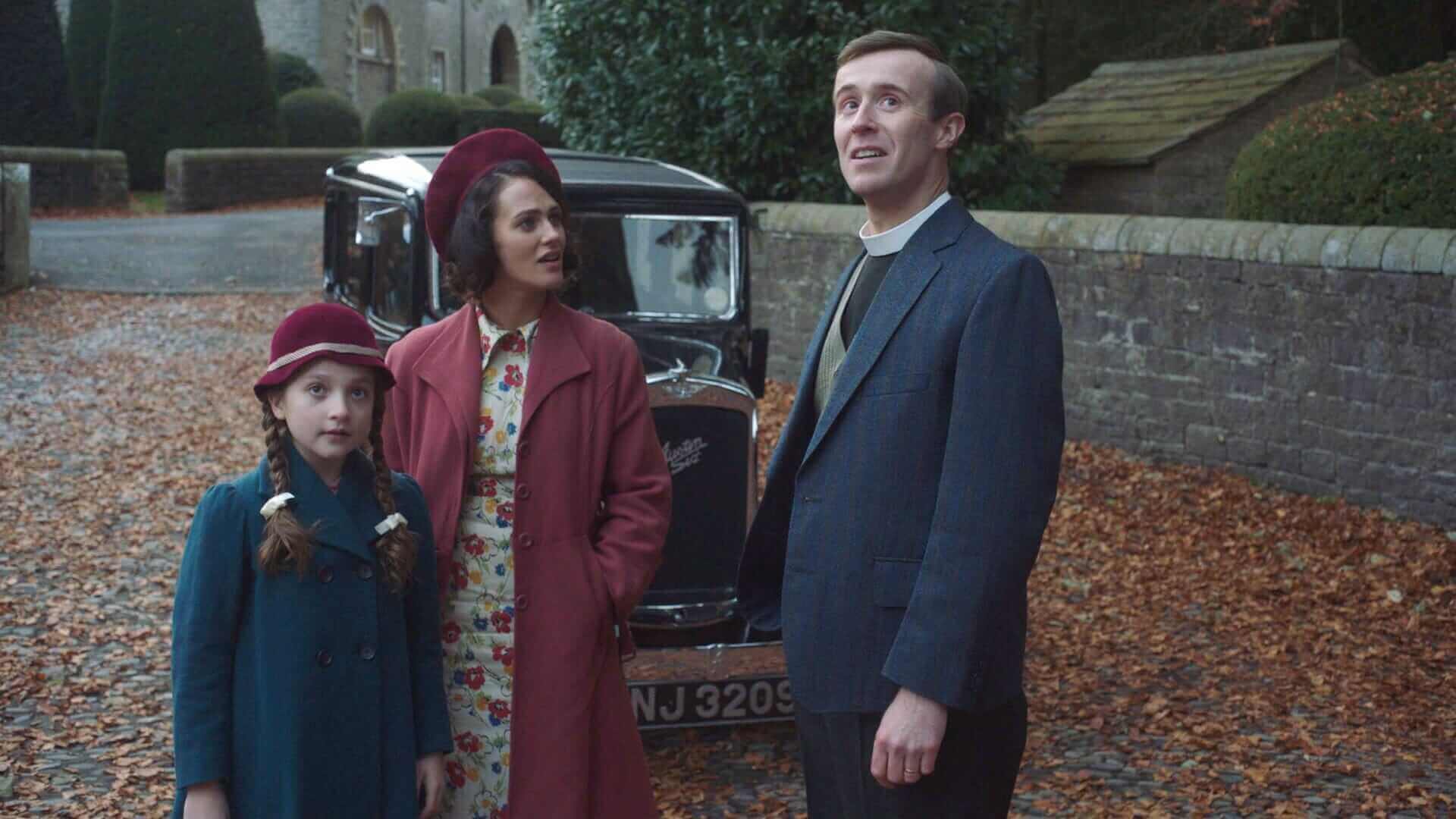 Cinematographer Sarah Cunningham and production designer Chris Richmond are the film’s other compensating features. Cunningham’s attention to the house’s every nook and cranny helps build suspense, and the yonic imagery — suspicious peepholes in the wall as well as long and ominous corridors — emphasizes the evil presence’s blatant misogyny. Meanwhile, Richmond does a splendid job of turning the estate itself into an additional character.

The writing here profits from a standard horror theme: a woman is compelled to right the wrongs of men. Marianne already repels daily injustices as best she can and now, she has a supernatural problem where men are the source of so much anguish. The Banishing may seem like it’s making a grand gesture or inspiring hope, but the execution is perhaps too underwhelming for its own good. 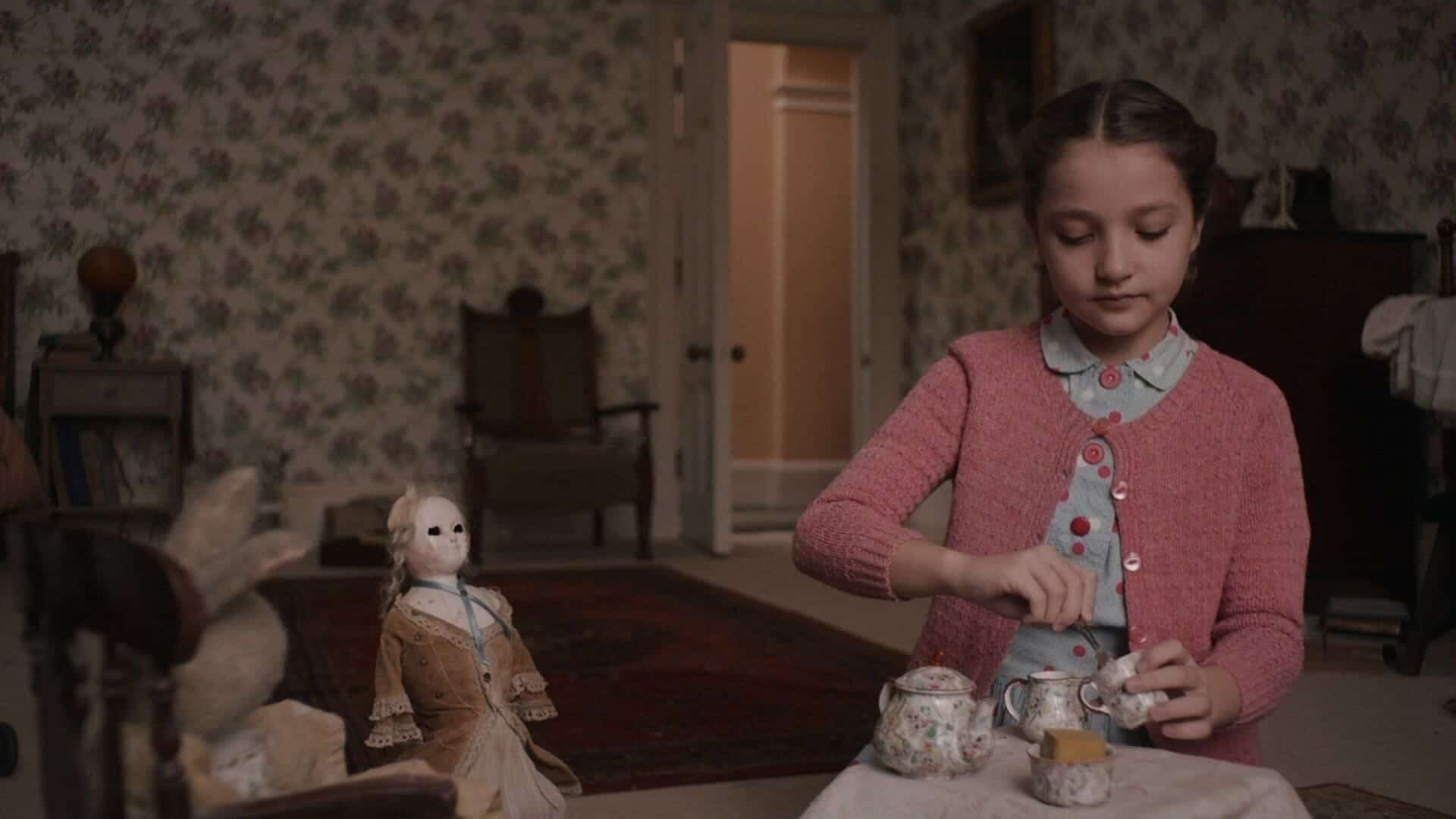 Haunted house stories are as prolific as they are imitable. Christopher Smith’s own take on something so already routine falls prey to the same banality, and it stands out from the crowd because of its lead’s performance. Findlay is essentially trapped in not just a house of horrors but also a mediocre ghost movie. She can only do so much to stave off derivative writing, a phoned-in threat, and an anticlimactic ending. Although the film’s cinematography and production values are all above the mean, ornate wallpaper, vintage décor, and wartime sartorialism aren’t enough to sell the movie.

When it comes to modern films about haunted places, The Banishing sits somewhere between tolerable and average. Findlay, the setting, and the visual output shift it toward the later column, but unfortunately, everything else is middling. There are better ways to get one’s fill of ghosts than a pretty yet boring movie like this.

“The Banishing may seem like it’s making a grand gesture or inspiring hope, but the execution is perhaps too underwhelming for its own good.” 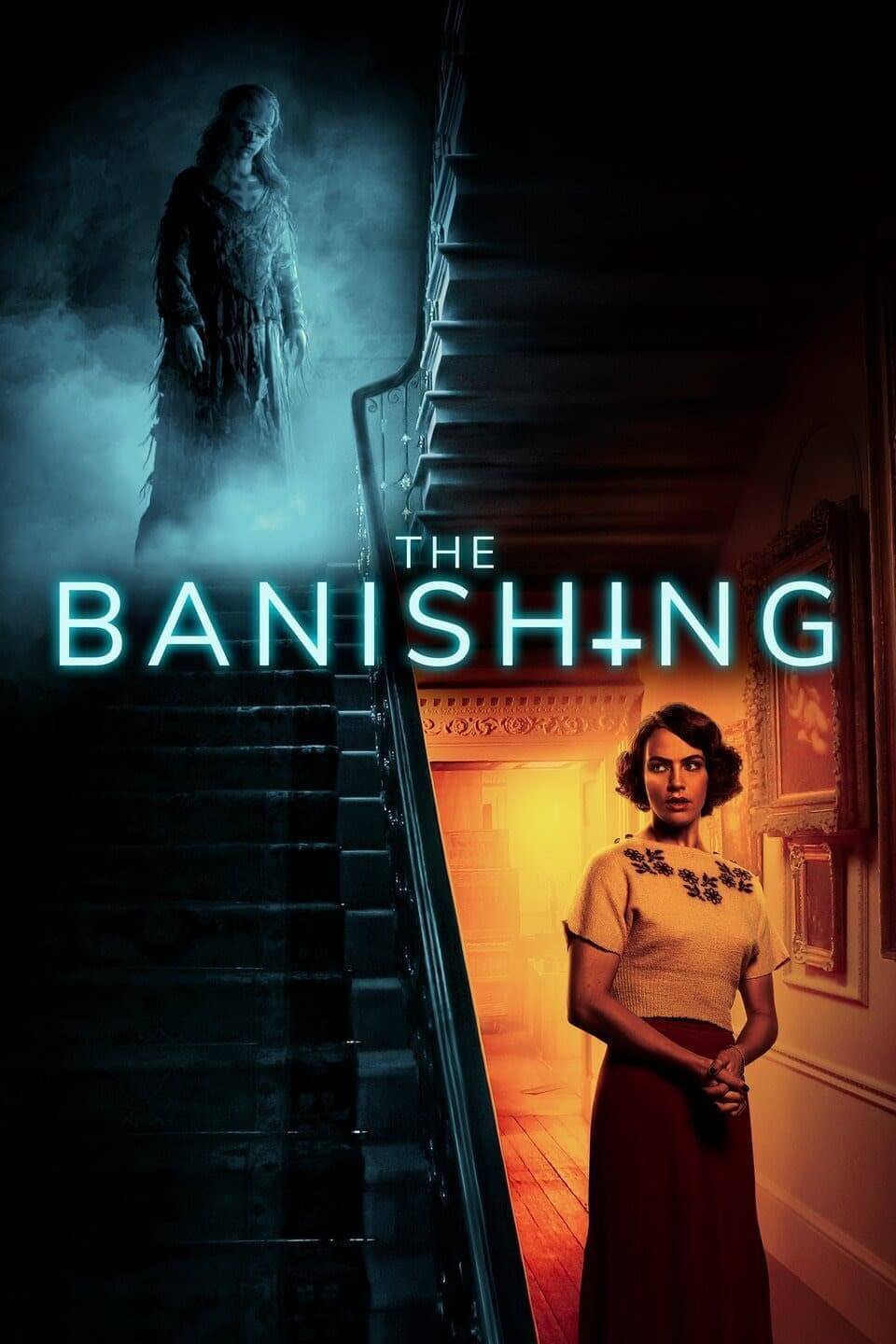 TLDR Christopher Smith's return to the genre is unfortunately a patchwork job and devoid of his signature voice and direction. Offsetting the film's flaws is Findlay; she breathes life into a tale so stock it's covered in the dust of other similar and better movies.