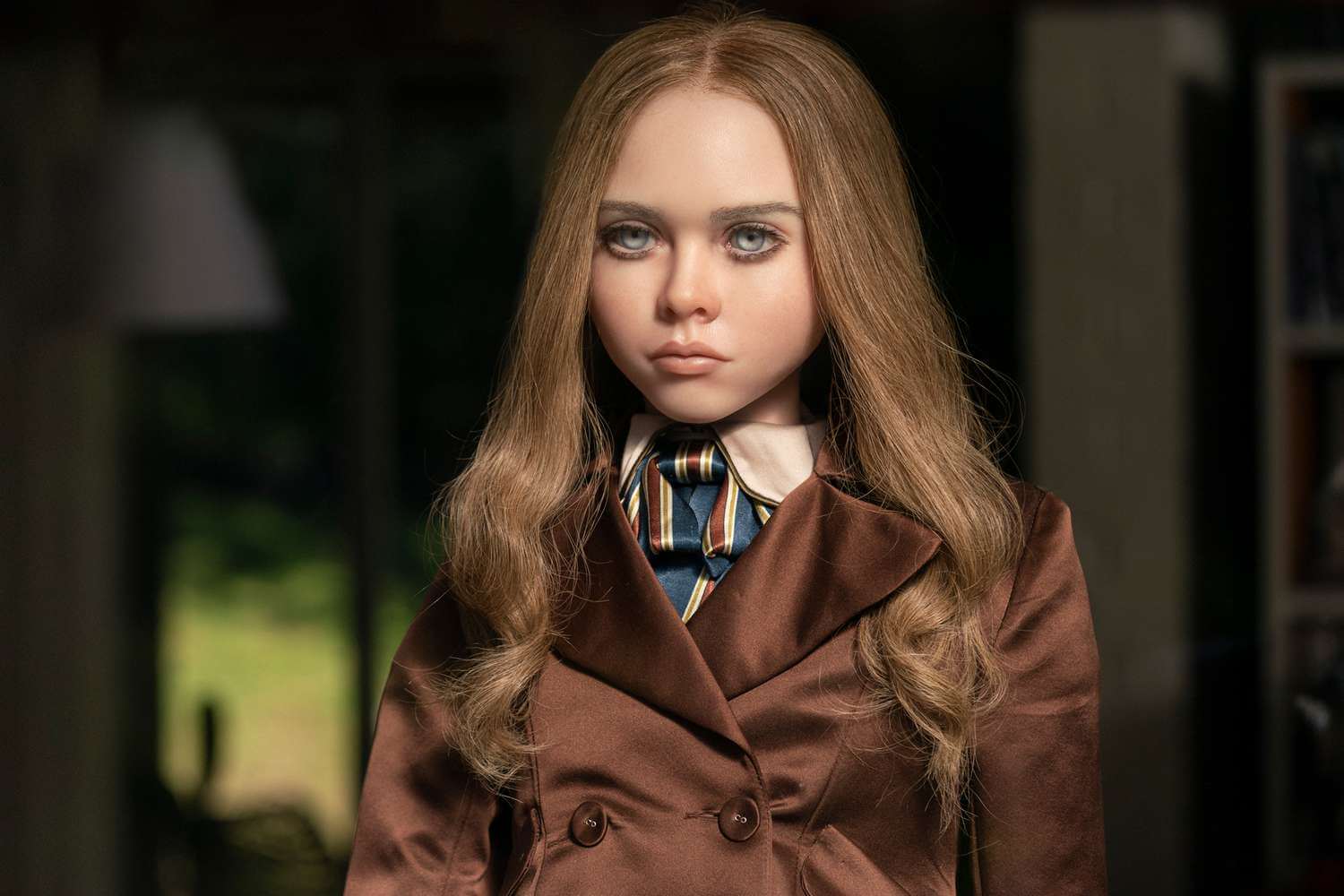 We’ve all rolled our eyes at one time or another after witnessing parents drop the “that’s enough screen time” line on their kids. How bad could another five minutes really be for a child, right? Gerard Johnstone’s M3GAN presents a parable on the ramifications of technology rooting its wires deeper and deeper into our humanity. Sleek, impressively witty, and creepy as all hell, M3GAN manages to mostly shake off the “what could have been” of a PG-13 vs R-rated feature, resulting in a quality start to the 2023 horror season.

M3GAN begins with young Cady (Violet McGraw) and her parents returning from a ski trip when bad weather and a distracting toy cause a fatal wreck. Orphaned, Cady is left in the care of her aunt Gemma (Allison Williams). A single woman deeply devoted to her work as a roboticist at a toy company, Gemma can’t find the newfound balance between parent and provider. With her career on the line and her home life spiraling downward, Gemma turns to a complex project of her own to fix both problems – the Model 3 Generative Android, or M3GAN for short.

“M3GAN presents a parable on the ramifications of technology rooting its wires deeper and deeper into our humanity.”

M3GAN (voiced by Jenna Davis, played by Amie Donald), the toy to end all other toys, is a life-like AI robot designed to be “a child’s greatest companion and a parent’s greatest ally”. Cady immediately becomes infatuated with M3GAN, and Gemma is heralded at work for her breakthrough invention. In the haste of meeting deadlines and solving parenting problems, Gemma overlooks just how much free reign she has provided the doll’s AI.

Few commands are programmed to selectively control M3GAN‘s ability to learn her surroundings and implement what it deems necessary to enforce her prime directive and protect Cady from physical and emotional harm. Gemma realizes a little too late that parents cannot protect their children from everything harmful the world will throw at them, and the horrifying repercussions of her oversights begin. 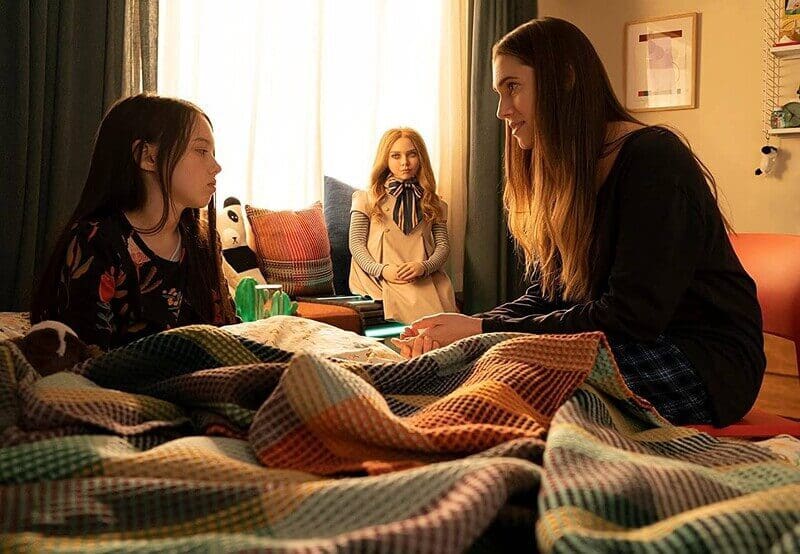 It’s clear from the first few scenes that M3GAN exists as a satire of society’s intensifying reliance on technology and the resulting disappearance of human interaction. This is definitely the film’s bread and butter, as writers Akela Cooper’s (Malignant) screenplay carries a tremendous amount of humor and wit. One of the first situations we are presented with finds Cady’s parents fighting over the amount of screen time they are allowing her. Viewing this, I smugly chuckled to myself, exhausted by the familiar battle of old-world thinking versus the reality of the world we live in. But to its credit, the writing behind M3GAN is much smarter than the cliché I immediately labeled it as.

By the end of M3GAN, I was left wondering if those unhip parents worried about the evils of an iPad might actually have been onto something. Not because I believe smartphones will lead directly into homicidal doll territory, but the satire paints a pretty clear picture of technology being a dangerously unpredictable replacement for parenting. And let’s be real, we’ve all seen the clips of robots doing human tasks with unsettling perfection. Are we really as far off from murderous AI dolls as we’d like to believe?

“While light on gore, the body count is there, and the deaths are still gruesome despite being mostly implied.”

I wouldn’t call M3GAN “horrifying” or “one of the scariest movies you’ll see all year”, as it doesn’t fit those parameters much at all. The abundance of humor, both lighthearted and dark, hits almost every single beat. Yet, it’s not appropriate to apply the “horror-comedy” label either. “Campy” could certainly fit the bill, but that’s not quite enough. In true James Wan fashion, M3GAN can best be described as “creepy”. And I mean c-r-e-e-p-y. You’ll find plenty of laughs early on (including a hilarious ad for Furbie-like robot gremlins that exist to prevent the pain of losing a beloved family animal) but the whole time in the back of your mind, you’ll remember that situations like this, albeit not quite as blunt, are happening in our everyday lives.


Tablets and smart phones witness infinitely more conversations than humans do face-to-face. Parents, whether they realize it or not, pass off more and more of their parenting responsibilities to corporate manufacturers and internet personalities. I’m not preaching these things from a holier than though place, nor am I passing any judgement whatsoever. But, having it all played back to you in such an effective manner as Wan and Cooper have constructed, just makes the whole thing…unnerving.

Eerie social commentary aside, M3GAN incorporates plenty enough horror elements to entertain even the most grizzled horror veteran. The film’s PG-13 will definitely be the topic of scorn, as the filmmaker’s restraint is very evident. Those that wish to see M3GAN tear through countless victims and cuss up a storm like Chucky will be sorely disappointed. Aside from the obvious “kid’s doll gone berzerk” parallel, there’s very little in common at all here with Child’s Play. Still, director Gerard Johnstone makes the most of a creepy doll situation.

Though Wan didn’t direct the film, horror fans will be reminded of Dead Silence (2007) on more than one occasion. While light on gore, the body count is there, and the deaths are still gruesome despite being mostly implied. The filmmakers made great use of sound design, particularly when M3GAN attempts to imitate those around it. The M3GAN doll itself is brought to life very convincingly through a trio of practical effects, physical acting, and CGI. It is appreciated that the filmmakers decided not to give the doll a horrifying look from the start, relying instead on its facial expressions to bring the terror.

“M3gan is a satire of society’s intensifying reliance on technology and the resulting disappearance of human interaction.”

Yes, M3GAN could have been darker. It could have been scarier. The blood and guts could have filled the screen. Yet, for what it is, M3GAN succeeds in delivering its message rather convincingly. There’s something to the decision to not go over to the top with the horror material that surprisingly produces a more effective film. Balanced with a stream of humor that always sticks and never takes itself too seriously. Save that hard R for Evil Dead Rise and enjoy watching the new killer doll on the block do its thing.

You can pair with M3GAN in theatres today! A fan of the new “Doll of Death”? Let us know on Nightmare on Film Street’s official Twitter, or join the discussion with other horror fans on Discord! Not a social media fan? Get more horror delivered straight to your inbox by joining the Neighbourhood Watch Newsletter. 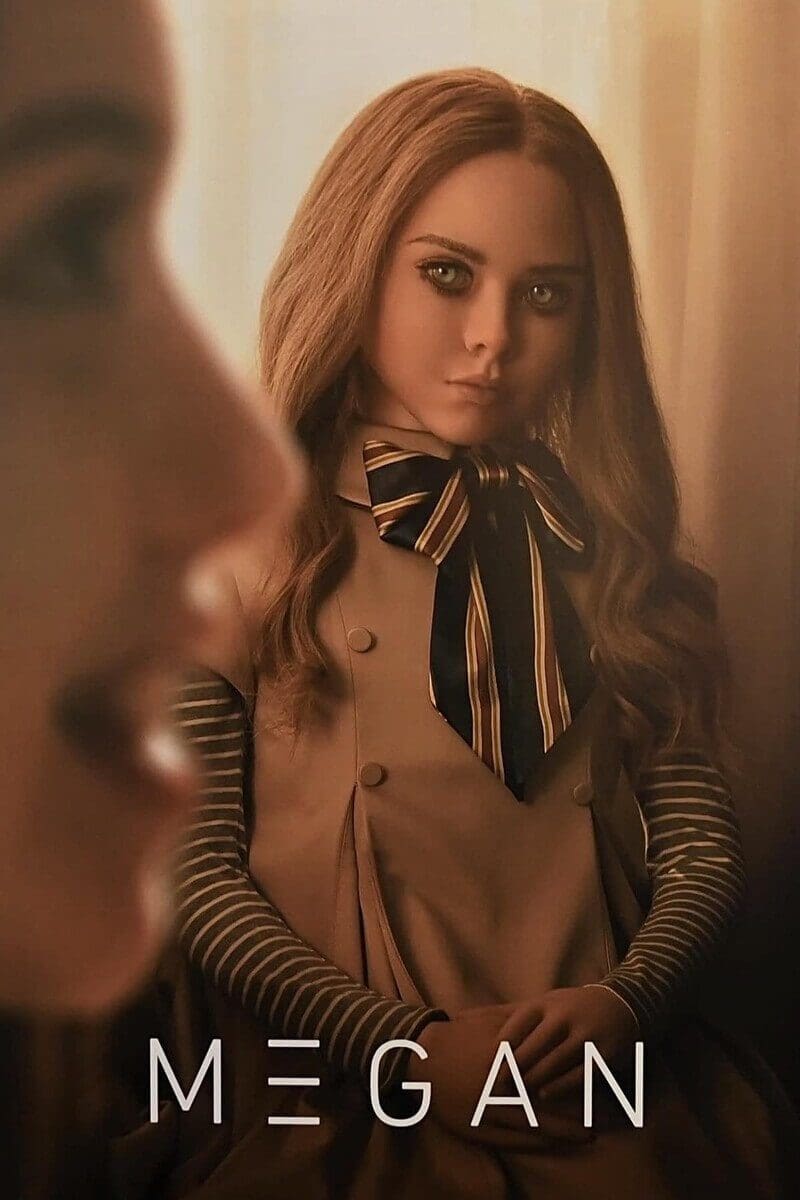 Review: M3GAN (2023)
TLDR
Yes, M3GAN could have been darker. It could have been scarier. The blood and guts could have filled the screen. Yet, for what it is, M3GAN succeeds in delivering its message rather convincingly. There's something to the decision to not go over to the top with the horror material that surprisingly produces a more effective film. Balanced with a stream of humor that always sticks and never takes itself too seriously.
Polyvinyl Parables
90
Humor & Wit
85
New Toy on the Block
75
Creep Factor
80
82