The slasher has outlasted its presumed expiration date, and then some. The golden age of this divisive subgenre is certainly behind us; there may not be another renaissance quite like the one seen last century. Regardless of time and demand, filmmakers keep stabbing at a routine story. The undistinguished efforts are left to die without remorse, whereas a very few make the cut.

So, where does something like The Last Laugh fall? Filmmaker Jeremy Berg has been working in the indie horror scene for several years, and much like the killer’s blade in his latest offering, he’s sharp and ready. Berg’s trial-by-fire method hasn’t gone unnoticed; he’s put everything he’s learned and loved over the years into this movie. The outcome is a considerable step in the right direction.

The movie centers around a struggling stand-up comedian named Myles Parks (Steve Vanderzee) who is on the cusp of a big break. He’s signed up to play the biggest show of his career so far, but before the curtains are ever pulled, Myles and anyone else behind the scenes is stalked, one by one, by a masked intruder. Even though the protagonist is well aware of this fact, he’s still intent on letting the show go on — even if that decision costs him his life.

An irremovable air of death sits in the Pantages Theater. Not just because there’s a lunatic running around killing people, either; the event is a make-or-break situation for most of the acts involved. Not unlike Myles who is so close to a breakthrough after spending so many years honing his craft and failing miserably in public, the show’s headliner, Reggie Ray (Lowell Deo), is looking to redeem himself after essentially selling out for quick fame and money. At this point, the desperation is so thick, it can be cut with a knife. There’s so much riding on everyone’s shoulders that it’s easy to forget this is a comedy show; the story is so thoroughly somber that viewers may not laugh at some occasional and necessary humor to break the tension. 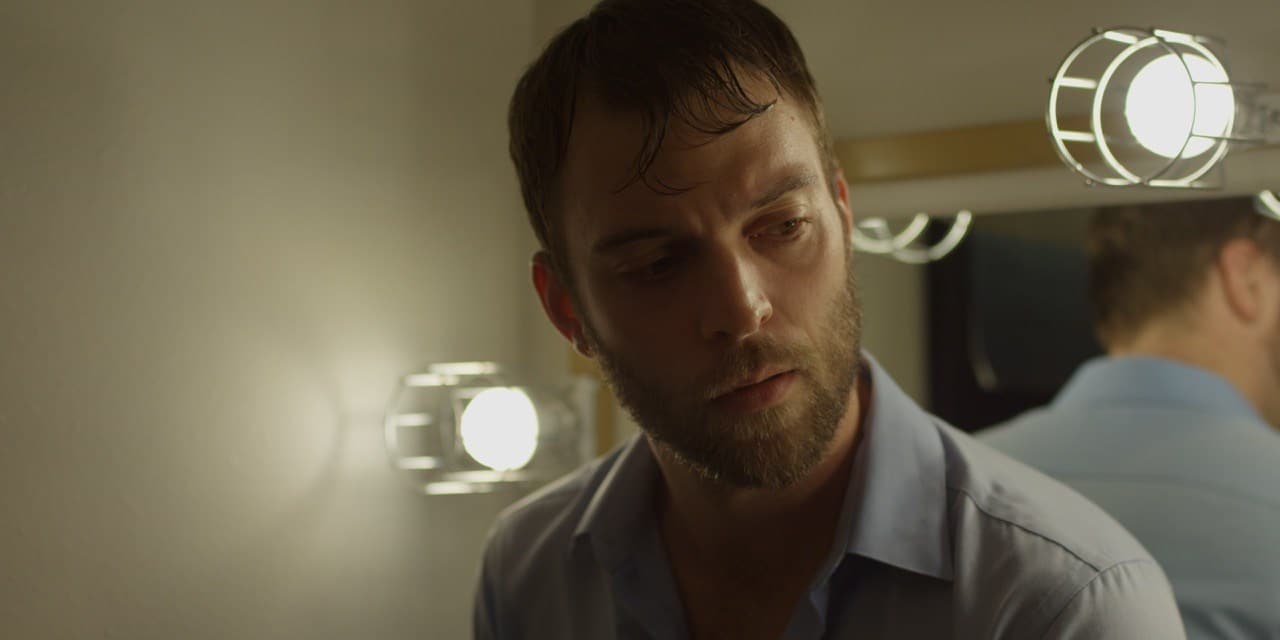 When our residential maniac isn’t picking off the more important players, the movie studies Myles to a great degree. He’s survived a past tragedy that has influenced his edgy, unapologetic humor, but his anxiety from said incident remains intact. In the meantime, his talent agent sees it necessary to sedate his client with medication. The pressure unfolds further as everything that could go wrong does. Again, we’re setting aside the disguised villain because the bigger threat to Myles is really himself. With someone in his position and state of mind, it’s not a question of whether or not he’ll suffer an emotional breakdown — it’s a question of when.

The other characters move in and out of the protagonist’s storyline with relative ease and function. Reggie Ray threatens Myles because he fears he will upstage him, and theater director Donna Gotti (Angela DiMarco) has boundary issues that are never quite addressed beyond being suggestive. There’s also a pair of young stagehands whose banter is cute, if not fleeting. With the exception of an obnoxious sound technician and the night’s aggro main attraction, the characters are agreeable and intriguing.

The stabby assailant who hides behind a macabre and theatrical mask comes and goes with little detection. This is usually par for the course given the type of movie at hand, but on further inspection, this is intentionally done to prepare us for that dismaying conclusion. This is not an opportunity to learn about our killer so don’t expect a tidy ending.

Although The Last Laugh is billed as a “giallo-inspired slasher,” it’s assuredly less of a detective or whodunit movie and more of a psychological horror punctuated with something conventional; maybe even unnecessary. The theme of death — be it someone’s faltering career or the literal act itself — is pronounced enough to where the presence of a murderer borders on unwarranted. After all, we never once go down the path of sleuthing to figure out who’s behind the mask. It all boils down to the script not trusting itself enough to exist without a familiar and tangible element to attract a wider audience. For that reason, Jeremy Berg’s heady thriller about a promising comedian is regrettably robbed of its own punchline.

The Last Laugh is now available on home video and at digital retailers. Share your thoughts on this movie with the Nightmare on Film Street community on Twitter, in our Official Subreddit, or in the Fiend Club Facebook Group! 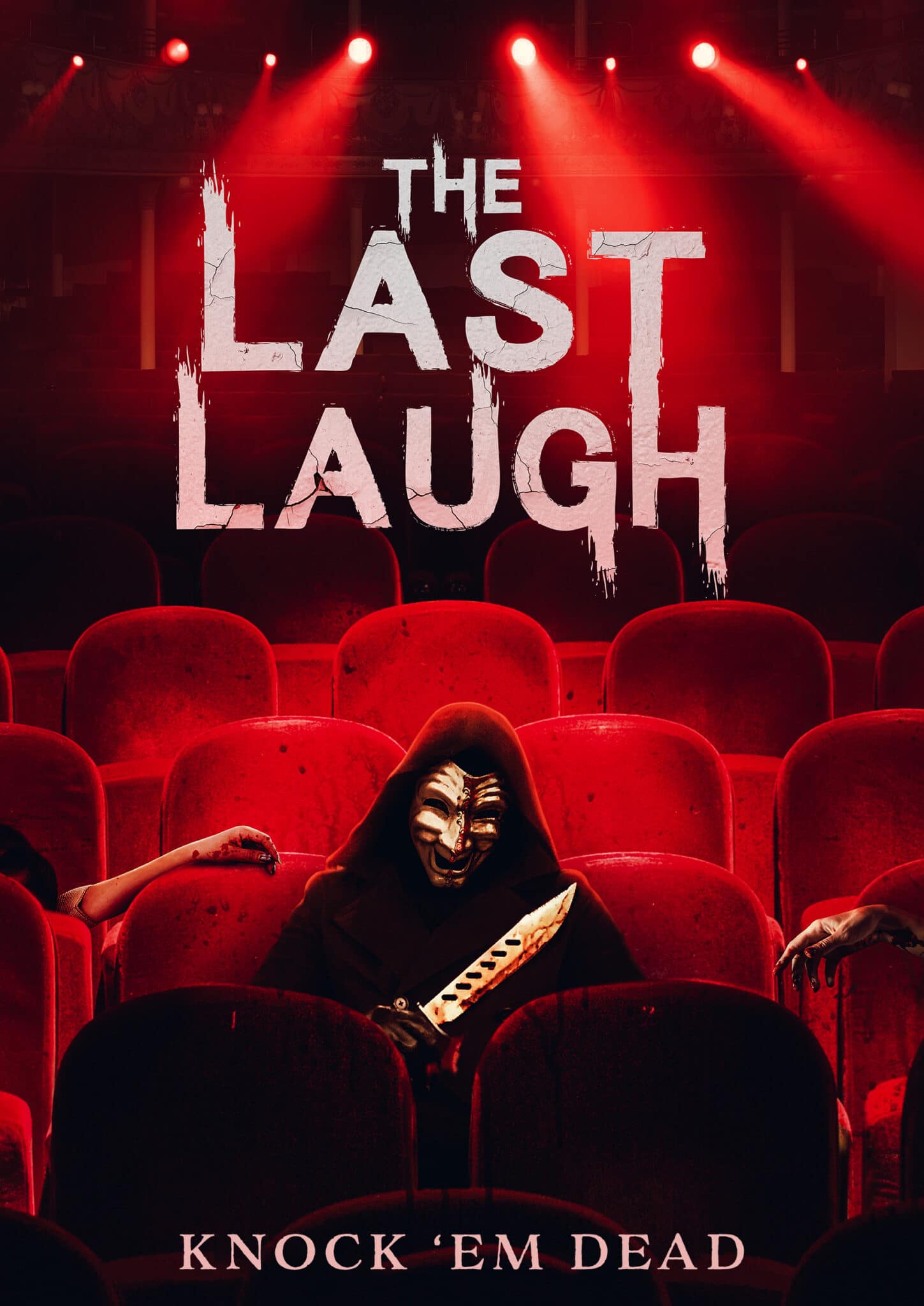 TLDR Although The Last Laugh is billed as a "giallo-inspired slasher," it's assuredly less of a detective or whodunit movie and more of a psychological horror punctuated with something conventional; maybe even unnecessary. For that reason, Jeremy Berg's heady thriller about a promising comedian is regrettably robbed of its own punchline.