They Crawl Beneath begins with police officer Danny (Joseph Almani) helping out his uncle Bill (Michael Pare) in his remote garage. Things begin to go awry after a strange oversized worm bites Bill on the leg. After one of several earthquakes plaguing the area leaves Danny in dire straights, he fights to survive against the stomach-turning infestation that continuously gets more numerous and bigger in size.

Meanwhile, his ex Gwen (Karlee Eldridge) brings one of the creatures to a local lab, who finds out damning information – they are an unknown species with highly venomous bites, causing hallucinations and eventually, death. Unfortunately for Danny, one bite just isn’t enough, and reality begins to blur as questions about his family and life choices add to the slimy situation.

Practical effects reign supreme and don’t let anyone convince you otherwise. Fortunately, Fabrigar abides by this law, as the oversized worms are the visual stars of the film. Much of the feature can be viewed through the lens of an homage to the “big bug” movies of yesteryear, and of course the Tremors franchise. Fans of either will likely find plenty to like in these slimy nematodes, which have a real penchant for biting and leaving some hideous wounds. The gore, while not gratuitous, is quite on-point in They Crawl Beneath, as the infested wounds really are not for the weaker stomachs.

Interestingly, the giant worms play second fiddle to the familial problems Danny faces, some of which he’s directly responsible for. Gwen constantly pleads for him to leave his job in favor of staying safe for her, and his insistence of including his screw-up uncle Bill drives a wedge further into their relationship. It’s the worms’ lethal bite that eventually leads Danny to confront his poor choices, even revealing a big family secret in the process. I appreciate a good subplot and their necessities in stories, though I feel this one may be given a little too much screen time in a sci-fi creature feature. There’s only so much one can do when locked in a single-stall garage I suppose. 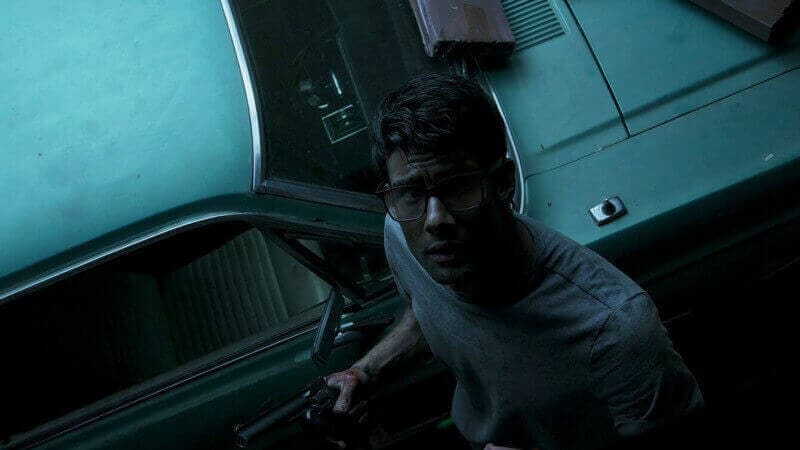 As mentioned, a hefty portion of the film is isolated to Bill‘s garage, which itself is deeply isolated from populated society. In a different film, this choice of a single location would’ve aided in conveying the claustrophobia and danger of the situation Danny faced. However, the cartoonishness of the worms, influenced likely by 1950’s creature features, came into conflict with any sense of dread. This would’ve played much better had it been a garage bombarded with real-life creatures such as snakes or rats, but that is not this movie. Don’t get me wrong, I enjoy the creature design in They Crawl Beneath, but the choice to pair it with the isolated location chosen didn’t quite land for me. Similarly to if, say, The Blob was confined to a bank vault filled with terrified tellers.

While I find some conflict in the plot, I have nothing but good things to say regarding how They Crawl Beneath was shot. The film boasts a very professional look, something that can easily derail a feature from the get-go when done poorly. The filmmakers knew the correct amount of time the practical worms should be visible, and when to hide them in darkness or out of frame completely. The flashbacks of Danny and Gwen intermingle nicely into the scenes they’re dropped into, avoiding jarring transitions that could take viewers out of the moment.

“…if you’re into practical effects and just love those 1950’s sci-fi “big bug” movies, you’ll certainly find your fix here with They Crawl Beneath.”

Although some choices may conflict and the subplot may be a little too pronounced, if you’re into practical effects and just love those 1950’s sci-fi “big bug” movies, you’ll certainly find your fix here with They Crawl Beneath. And if you absolutely hate those creepy-crawly underground grubs, you likely won’t make it through the opening credits. As the great Lloyd Christmas once said, “…I got worms!”

They Crawl Beneath debuts on digital platforms and Blu-ray October 4th. Be sure to head on over to Nightmare on Film Street’s Twitter, Facebook, and Discord to stay current on all things horror as we enter the spooky season! Not a social media fan? Get more horror delivered straight to your inbox by joining the Neighbourhood Watch Newsletter. 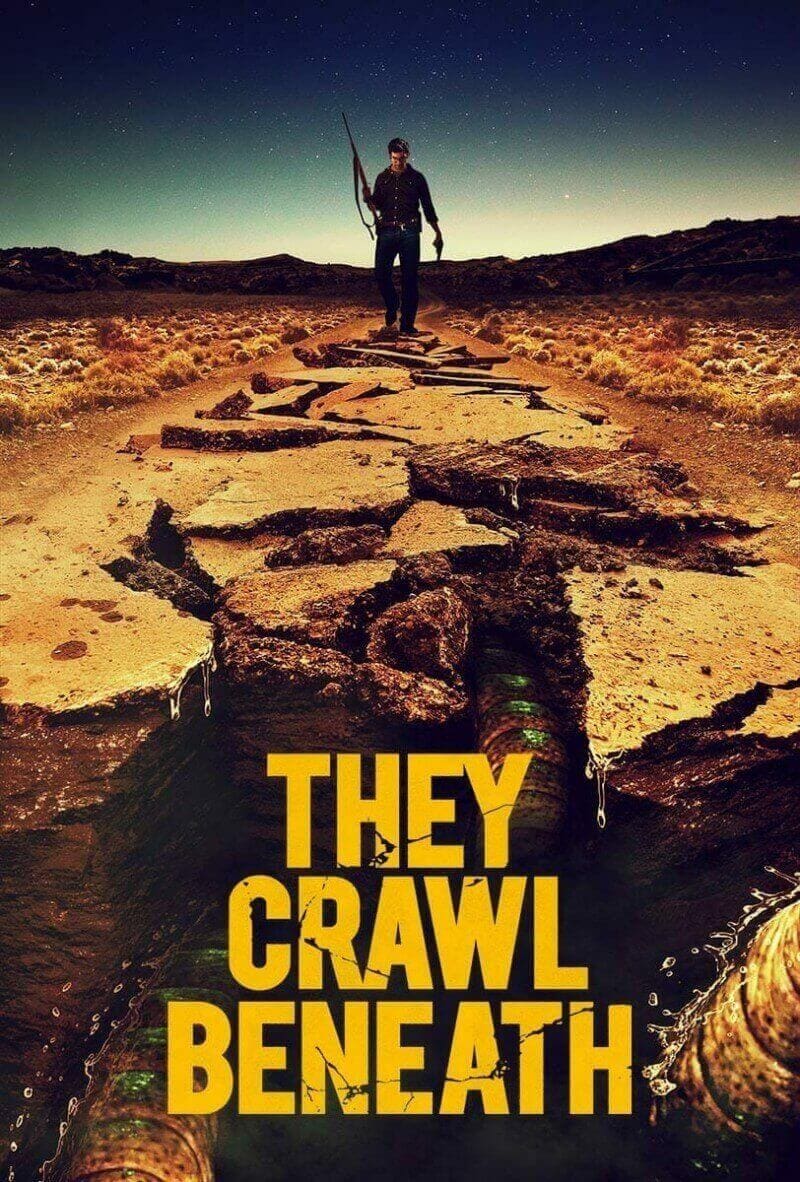 Review: THEY CRAWL BENEATH

TLDR Although some choices may conflict and the subplot may be a little too pronounced, if you're into practical effects and just love those 1950's sci-fi "big bug" movies, you'll certainly find your fix here with They Crawl Beneath. And if you absolutely hate those creepy-crawly underground grubs, you likely won't make it through the opening credits.